We recently caught up with David Sandler, Scientific Advisor to the new Spike TV Show, 'Jesse James Is A Dead Man'. He candidly answers questions about the crazy stunts, cool explosions, and more. Check it out!

What do you do with your life after you've done it all? How about end it. Jesse James, a custom motorcycle and car builder who gained notoriety with his Discovery Channel shows "Motorcycle Mania" and "Monster Garage," has teamed up with Spike TV for 10 one-hour episodes of death-defying challenges.

He'll risk life and limb by riding a motorcycle in minus 60-degree temperatures across the Arctic's Ice Highway, flipping trucks after driving them through a field of land mines, hitting over 200 mph on a Nitro bike running on ultra-combustible nitro-methane fuel, and much, much more. 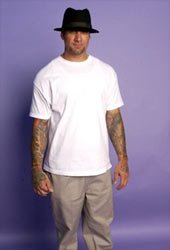 David Sandler, president and co-founder of StrengthPro and Jesse James' Scientific Advisor, will be providing the scientific explanation behind all of Jesse's wild and outrageous stunts. Find out more below in this interview with David Sandler and see what's in store for the underground stuntman formerly known as Jesse James.

[ Q ] Tell us about your new show with Jesse James?

This show is really about Jesse James pushing the envelope by looking death square in the face and avoiding it. He wanted to test his ability across a gamut of adrenaline pumping tasks that would prove he is capable of hanging with the best and defying the odds.

It has all the elements of a real guy show with crazy dare-devil type stunts, super cool explosions, and oh yeah, a little science here and there. 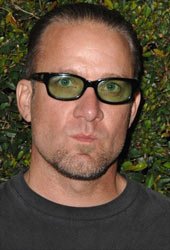 Click Image To Enlarge.
This Show Is Really About Jesse James Pushing
The Envelope By Looking Death Square In The Face.
© 2007 - WireImage.com.

Over the past 20 years I have been a strength coach, college professor, author, advisory board member, consultant, researcher, and event organizer.

I have met so many fabulous people from all facets of the fitness industry and fortunately, through my large network of professionals, I have been involved in more then 30 episodes of television with National Geographic, Discovery, Fox Sports Net, and now Spike TV.

[ Q ] What qualifies you for the show?

I'm basically a powerlifter turned scientist. So I guess if you take 1/3 science geek, 1/3 strength/performance expert, and 1/3 self-proclaimed adrenalin junkie anyone will hire you.

[ Q ] What kind of training does Jesse go through or is it all adrenaline?

Trial by fire, literally, is what Jesse uses to prepare. Over the many years Jesse has continually challenged himself forcing his body to adapt to tolerate the pain and handle the element of danger. In a sense, it is the common training rule of progression that everyone follows, except that his training is little over the top.

When you couple that with his unique ability to remain calm, remove stress, and focus on the task at hand you have a person that truly lives on the edge but stays within his means. His knack of dealing with danger and handling stress is unparalleled in any person or athlete that I have seen.

[ Q ] What kind of training and nutrition does Jesse follow?

He follows a general training protocol and concentrates on hydration when performing those difficult long duration tasks.

While that is vague, it's no secret; unlike a football player or bodybuilder, task specific for him does not require strength or power. Exercise for Jesse focuses on reducing injury and maintaining health. 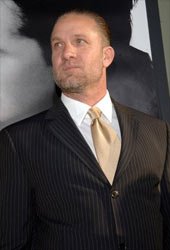 [ Q ] What is your job as Scientific Advisor on the show?

My main job is to design and implement testing procedures for measuring the physical and physiological parameters of performance during the stunts and events. Jesse comes up with an idea, the producers build a show and I fit some science in.

Due to the complex nature of some of the things we have done on the show, many times we either cannot measure what is happening, or our limited knowledge of how the human body responds under stress cannot explain why Jesse (and others) are capable of doing what they do.

But we try, and I have found (not just on this series) that controlling the mind, having a genuine disregard for pain, and being able to think while under extreme duress are really the keys to being successful when danger or death is eminent.

[ Q ] What is the next big thing for StrengthPro?

I just got finished filming Fight Science's Third Season for National Geographic where a team of experts including Lead Scientist Dr. Cindy Bir, and myself (sports physiologist) examine all aspects of human performance from Martial Artists, Law Enforcement, All Branches of Military, and Self-Defense Experts.

As well, another cool 2-show series will be coming out on National Geographic later this year called Humanly Possible, where we examine the ability of humans to perform what is thought to be impossible feats.

Over the next several months, StrengthPro will be performing some of the very same tests that were shown on TV at the Europa Super Show, Olympia, and of course we are preparing for our 7th Annual Strength Summit at the Arnold Classic Sports Weekend in 2010.