You've asked yourself the question many times when you see an advertisement of a formerly pudgy guy who's now ripped to the bone promoting a fat-burning supplement: Does that stuff really work? Actually, yes, it does. But it's only a small part of the equation. Getting extra lean requires intense training over a long period of time and a clean diet.

A good supplement, however, can make that extra bit of difference that gets you over the hump in losing those last few pounds of body fat. And in an industry always on the cutting edge of nutrition science, fat-burning supplements (also called thermogenics because they help the body burn more calories) now do more than just burn fat. They increase energy, improve mood, and even make you stronger in the gym.

Here are the different types of fat-burning ingredients and what you should keep your eye out for. 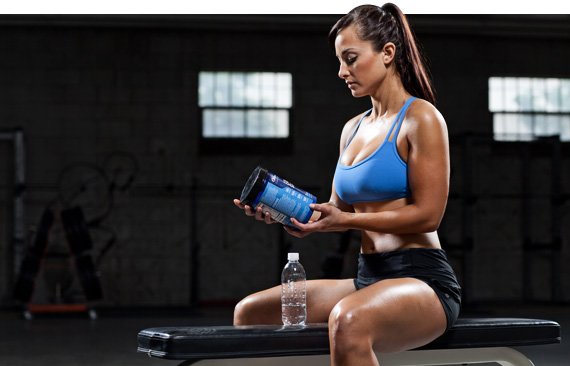 Lipolysis is the process of releasing fat from your fat cells, so, as you can imagine, lipolytic agents are good things to have on your side when you're looking to lose weight.

When fat is removed from cells and burned for fuel, those cells shrink and you get leaner. Caffeine is great for increasing lipolysis, but so are the ingredients yohimbine, forskolin (which also boosts testosterone), and hydroxycitric acid.

When searching for an effective fatburning supplement, look for those ingredients.

Caffeine is not only great for quick energy, but it's also becoming a popular fat loss support supplement and workout performance booster.*

Releasing fat from fat cells isn't enough. If that fat isn't burned for fuel, it'll remain in the bloodstream and end up getting stored again. That's bad news.

This is why carnitine is a great supplement. It helps transport the released fat into your cells' mitochondria, where it's subsequently burned and gone for good.

L-Carnitine works by potentially helping to convert fatty acids into fuel your body can use for energy, while at the same time promoting growth and development.*

The thyroid gland plays a highly crucial role in your body: It produces thyroid hormones that increase your metabolism. For those guys well into their 30s or 40s, revving up the metabolism is highly desirable.

Two of the more effective thyroid-stimulating supplement ingredients are bacopa monniera and forskolin. 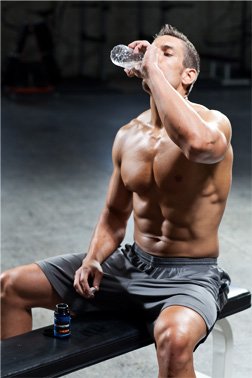 Consider this category of ingredients a means of behavior modification. If you're cleaning up your diet in hopes of shedding fat, two of the biggest things to overcome are food cravings and hunger pains.

You remove unhealthy foods and extra calories from your diet, you get hungry. That's just the way it goes.

Few hormones play a bigger role in staying lean than insulin. When you eat a carb-heavy meal, insulin levels rise, fat-burning is blunted, and your body instinctively begins hoarding fat. Good luck trying to get ripped when this happens on a regular basis.

Supplementing with Alpha Lipoic Acid can be useful for providing antioxidant support, because ALA is water and fat soluble.* 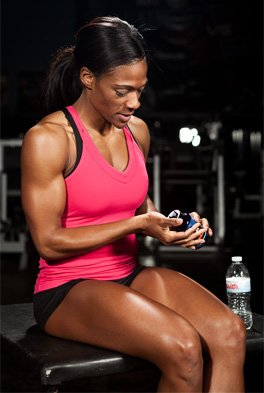 If you've ever gone on a serious get-lean, calorie-restricted diet, you probably recall experiencing some moodiness as a result. If you don't recall, your significant other definitely does.

Fortunately, supplement manufacturers understand this effect, which is why they include in their fat-burning products ingredients to boost your mental well-being.

Caffeine is one such ingredient, as are phenylethylamine, which also increases calorie burn; the amino acid tyrosine; and vinpocetine.

Your body-fat percentage can be well into the single digits, but if you're holding too much water under your skin, you won't get that sharp muscle definition that bodybuilders and high-level fitness models possess.

You may not want to hold that "dry" look for long, but it's nice for the periodic trip to the beach or a photo shoot.

This is where a supplement with diuretic ingredients can help. Natural diuretics that will get rid of some of that water under the skin include dandelion (Taraxacum officianilis) extract, uva ursi (aka bearberry), and horsetail extract.

These products promote the excretion of excess water in your system so that you maintain that hard, vascular look that you're after.*

A good starting point when looking for supplements that will help you lean out is the stimulants market.

The most common fat-burning supp is caffeine, as it's a proven calorie and fat burner; and it also reduces hunger, improves mood, and boosts strength levels. Caffeine has a lot going for it, which is why it's found in most fat burners.

Green tea is another popular one. Its active ingredient, epigallocatechin gallate (EGCG), has been suggested to increase calorie burning.

[ Men's Fitness Guide To Supplements: Part 1 - Protein ]
* These statements have not been evaluated by the Food and Drug Administration. This product is not intended to diagnose, treat, cure, or prevent any disease.