Prejudging may not have the glitz and glam of the evening show, but it's where the judges get their first glimpse of the competitors, and it's where the big decisions are made. This afternoon, the ladies of Fitness, Bikini, Figure, Physique, and Bodybuilding sparkled and posed for the judges and a huge crowd of exciting fans.

For the 50th anniversary of the Olympia Weekend, the stage was full of excellent competitors who all want to do one thing: win. Here's what went down in the callouts!

The ladies of Fitness took the stage this afternoon to show off their incredible physiques for the judges. But their work isn't done yet. Not only do these women have to bring an aesthetic, conditioned physique to the stage, they must also present their athleticism, artistry, and flexibility in a routine later tonight. How well the competitors perform their routines will have a big impact on their final placings.

Without Adela Garcia, the field was ready and eager to show the judges who should be next in line for the crown. While all the competitors looked absolutely incredible, there were a few that stood out. 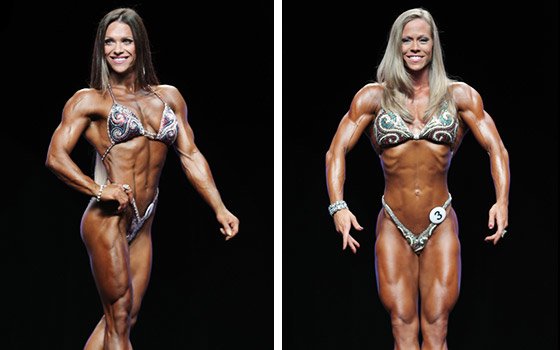 In the first callout were Bethany Cisternino, Tanji Johnson, and Oksana Grishina. These three women brought excellent physiques to the show and usually have great nighttime performances. I think they will be your top three, with Grishina finally grabbing that top spot. The second callout included Marta Aguiar, Regiane Da Silva, Fiona Harris, and Trish Warren. 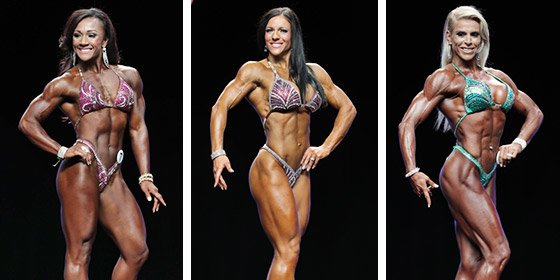 In one of the most competitive lineups to ever grace the Olympia stage, the ladies of Bikini strutted their stuff in front of the judges. Amid the hair-tossing, winking, and hip-popping, the ladies also had to hold poses and smile while presenting their best package for a very appreciative audience.

Although some audience members were bummed that Nathalia Melo wasn't competing this year, the field of sassy, sexy athletes more than made up for her absence. 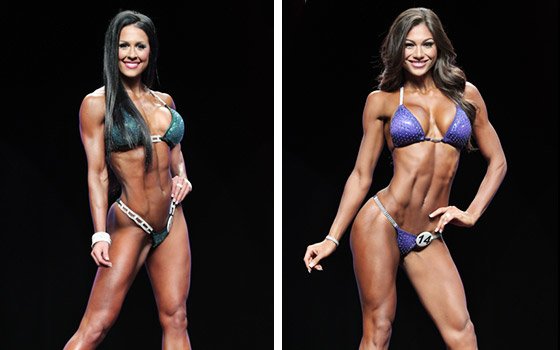 The first callout included some fantastic competitors. India Paulino, Ashley Kaltwasser, Yeshaira Robles, Stacey Alexander, Amanda Latona, and Janet Layug made a glamorous top six. Although the judges moved everyone else around, Layug and Kaltwasser were the solid choices for the top two spots. The fight for third will be a tough one between Paulino, Alexander, and Robles. 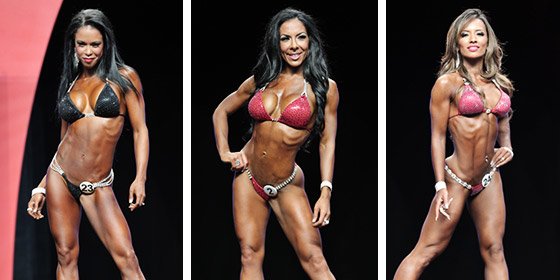 With some great competitors like Heather Dees, Erin Stern, and Mallory Haldeman out of the running, the race for the Figure Olympia crown has been an exciting one. Twenty incredible women lined up on stage today to give the judges their best. And boy did they bring it. 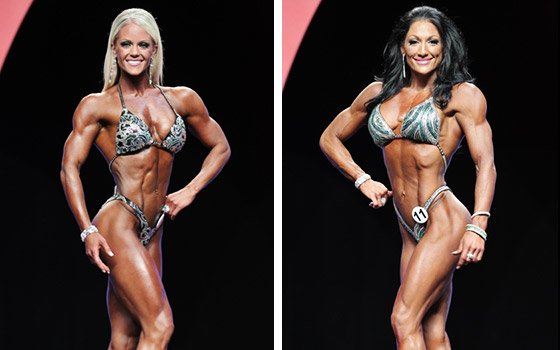 Despite the insane competition, three women stood above the rest. The first callout included Nicole Wilkins, Candice Keene, and Candice Lewis. Lewis is on the hunt to win, but she'll have to get by two of the division's top competitors. Wilkins looked even better than she did last year, and Keene brought absolutely everything she had. 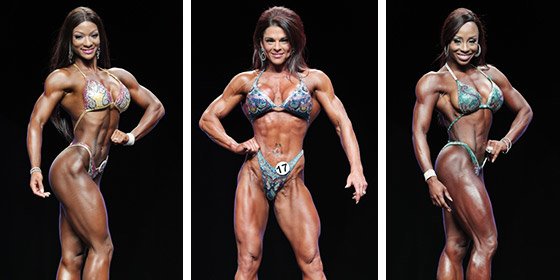 After sending Keene and Wilkins back, the judges called Ann Titone, Latorya Watts, Julie Mayer, Zsuzsanna Toldi, and Dana Ambrose to join Candice Lewis. After some posing and shifting, the judges sent everyone back and called Wilkins and Keene back for another look.

Wilkins looks better to me, but the judges definitely didn't give up who they were going to pick. Will it be Wilkins or Lewis? Will Candice Lewis finally crack the top three? Check back Saturday night to find out!

In its second year of being part of the schedule, the women's physique category brought a crowd of fans to the stage. Dana Linn Bailey earned the number one position last year, but 2014 is a whole different story.

Instead of just 16 competitors, the crowd got to watch 23 amazing women perform some individual posing before they were judged during callouts. Every competitor was aesthetic, engaging, and totally worthy of their pro card. 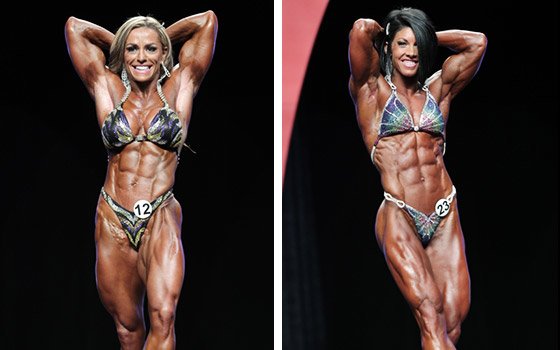 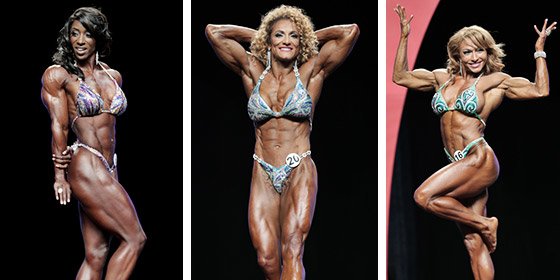 The judges then brought DLB and Malacarne back to center stage for some woman-to-woman posing. I'm really glad I don't have to make the decision between the two.

Even if you don't consider yourself a women's bodybuilding fan, you can't deny these women some respect. They work tirelessly all year to build muscle, then cut down to extremes. It's a career that few have the stones for. Iris Kyle, who has been the Ms. O champ 9 times, makes it all look easy. 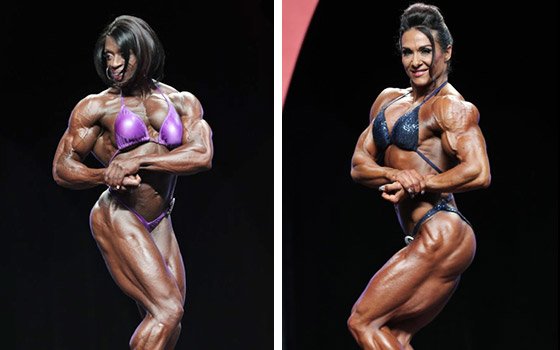 After a posing routine by each competitor, the judges asked Anne Freitas, Debi Laszewski, Alina Popa, Iris Kyle, and Alana Shipp to come forward. Although each lady was well proportioned, and beautifully symmetrical, Iris Kyle and Alina Popa made the most waves. They were tailed closely though by Alana Shipp. 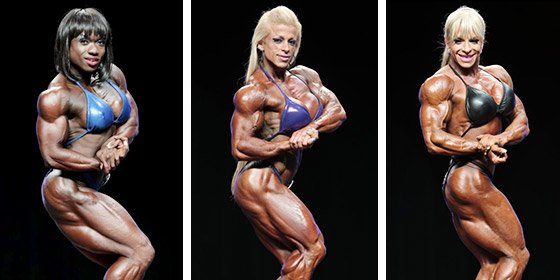 After the second and third callouts, the judges brought Popa and Kyle back out for a side-by-side comparison. I think Alina Popa has a better shape, but defeating Iris Kyle is clearly near-impossible to do. Tonight's final is sure to be a nail-biter!

Can Dana Linn Bailey defend her crown? Or will the title fall to one of this year's top contenders? Support your favorite, and watch the event live!

2014 Figure Olympia Preview: Who Will Take The Figure Crown?