2014 Figure Olympia Preview: Who Will Take The Figure Crown?

There are 23 women qualified for the 2014 Figure Olympia but, even before they slip on their posing suits and hit the stage, we can rule a few women out. Erin Stern, who won the Figure Olympia twice and finished second last year, will not be competing this year. Mallory Haldeman and Heather Dees, both of whom were in the top five last year, are out of the running this time around. So who will step up and take advantage of these three big names sitting out? A few top contenders could be in the mix.

The top two spots are likely a lock between Nicole Wilkins and Candice Keene.

Nicole Wilkins won her third Figure Olympia title in 2013 and will look to make history by being the only woman to win four. Wilkins was on a mission last year: She was coming off a third-place finish at the New York Pro, and it was a must-win situation. She bounced back, showed us why she's a champ, and with her back against the wall, brought a completely different look than we'd seen just a few months prior. What we saw was a bigger and more conditioned physique.

Fast-forward to this year's competition. An injury forced Wilkins out of the Figure International and we haven't seen her compete since last year, but that doesn't mean we haven't caught a glimpse of what she's bringing to the table. Wilkins does a tremendous job with her social media, and by the looks of her photos there's no question that she's heading into this show in shape. I look for her to come out on top based on her overall shape and symmetry. 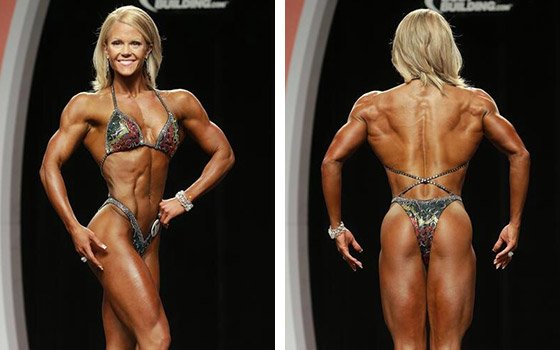 Candice Keene has been victorious at the Figure International in Columbus, but the Olympia title is still missing from her competitive resume. This year Erin Stern won't be standing in her way, and her biggest competition will be defending-champion Nicole Wilkins. Keene beat Wilkins at last year's New York Pro, but she wasn't at her best . Keene has continued to refine her physique and has brought a more balanced look to the stage in her last few shows. This time whether or not she can take the top spot will come down to the little details of posing and presentation. She'll be the biggest threat to the title, at least in my opinion. 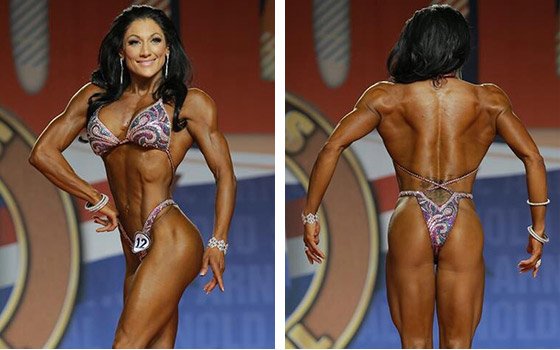 This is where it's up for grabs. A few women could mix things up, but here's how I see the lineup shaking out.

Candice Lewis-Carter has a tremendous shape, and when she's on point with her conditioning she is a threat for the top spot. She's often criticized for her quads being too big, but I think it's a matter of how conditioned her legs are. She has a tiny waist, big delts, and a balanced physique. If her legs are conditioned, she'll be in the top spots. If they're not, she could drop out of the top six. Lewis-Carter finished in 9th at last year's Olympia, but she showed she's a threat at the 2014 Figure International, where she finished 5th. I look for her to be on point and have her best Olympia showing to date. Camala Rodriguez has found her groove since making the switch from fitness to figure. She has great shape, and if she nails her conditioning she should be in the top six. Last year she was on the outside looking in with a 7th place finish, but she's been on a hot streak this year. She finished third at the Arnold and since then she's been undefeated. Rodriguez won the Pittsburgh Pro, New York Pro, and California Pro. I don't see her finishing ahead of Wilkins or Keene, but wouldn't be shocked if she snags third. The only way she's out of the top six this year is if she's off on her conditioning. 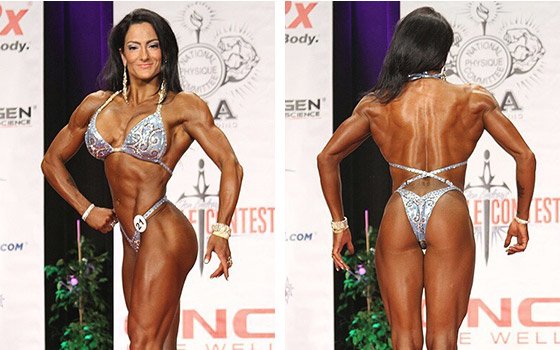 Ann Titone took 6th last year, and I look for her to be a contender for the top six again this year. She's totally transformed her physique over the past three years and has positioned herself as one of the top competitors in the division. When it comes to competitions, Titone tends to be her own worst enemy. When she's stressed out she'll hold water, and the expression on her face will be a tell that she's not on point. When she's not stressed, she takes the stage with confidence and can hang with the top callout. If she can keep her nerves in check, she'll be in the mix. 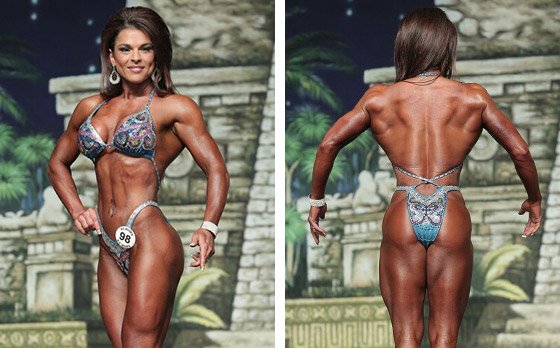 Cydney Gillon is my dark horse to shake things up in her first Olympia. The recent college graduate has youth on her side, and her years of running varsity track show in her physique. She looks like an athlete competing in figure, and has incredible shape. She's flown under the radar until this year, when she took the top spot at the Chicago Pro. This will be her biggest test to date against a stacked lineup. If she brings a similar look to the Olympia that she did to Chicago, you'll be hearing her name in the top spots. 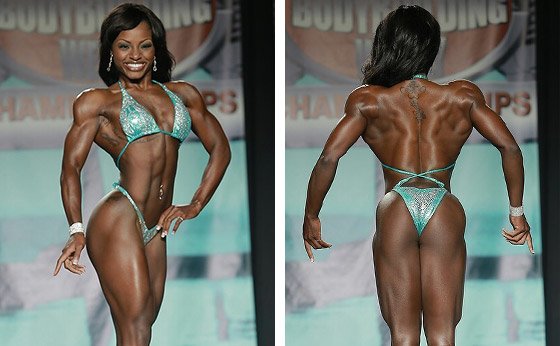 Gen Strobo finished in 8th last year and has the best chance in this group to crack the top six. She's found the formula to keep her physique full, and not too stringy and lean like we've seen in previous years. She has big delts and her physique doesn't flow quite as well as some of the others, but she's been a consistent top finisher the last two years and is coming off a win at the Toronto Pro. 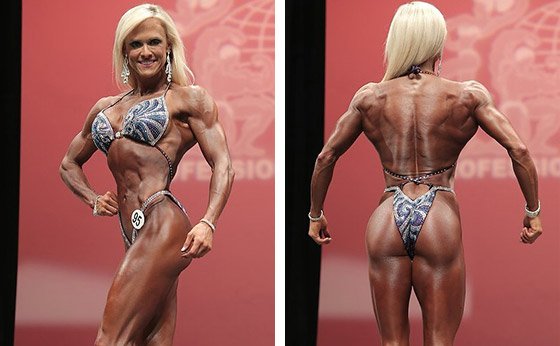 Latorya Watts is coming off a win at the Tampa Pro, where she showed that she can hang in any lineup. Watts has an incredible shape and, if she brings a similar look to the Olympia that she did in Tampa, look for her to be in the top ten. 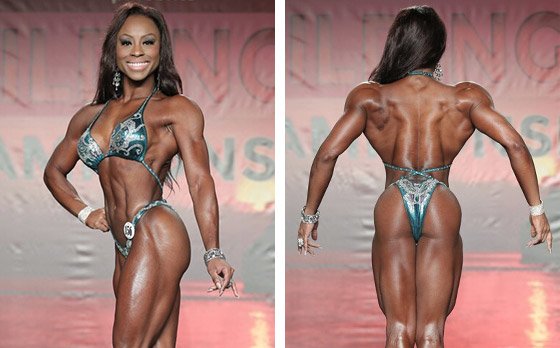 Alicia Coates came on strong by winning her first two pro shows at the end of last season. She stepped up to the big leagues with the Figure International, where she clearly wasn't at her best. Coates finished in 7th at that show. She followed it up with a second place finish in Tampa, where again she wasn't in peak condition. She has a great look and tons of potential, but she'll need to nail her conditioning to finish in the top ten with this lineup. If she brings her legs in tight, she'll place. Otherwise, if we see a similar look to Tampa or the Arnold, she'll be on the outside looking in. 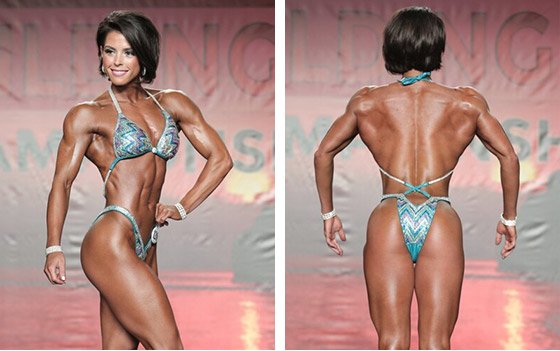 Allison Frahn and Dana Ambrose are my picks for rounding out the top 10. Frahn tends to come in too lean in her lower body and not hit her back poses. Allison finished in 11th last year, and I look for her to be in a similar position again this year. In my opinion, if she can crack the top ten, it will be a victory for her.

Ambrose finished in 10th last year and, if she brings a similar look this year, she'll be in the top ten once again. 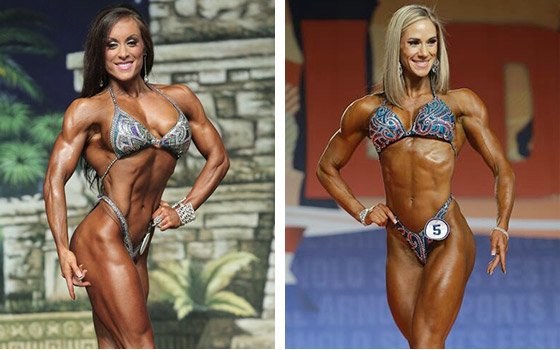 Step into the ring with IFBB Figure Pro Nicole Wilkins for a powerful, high-intensity workout that will get you lean and ripped in just minutes a day.