Ten years ago the beast of Birmingham had dominated the bodybuilding world. Now the 22 year old Lewis Yates has decided to take up the sport.

Ten years ago, the beast of Birmingham in England had dominated and obliterated the bodybuilding world. Accompanied with mass, density and true Brit grit he carried this silhouette of mutation around the world that shocked fans to such an extent they forgot the meaning and practice of exhalation. 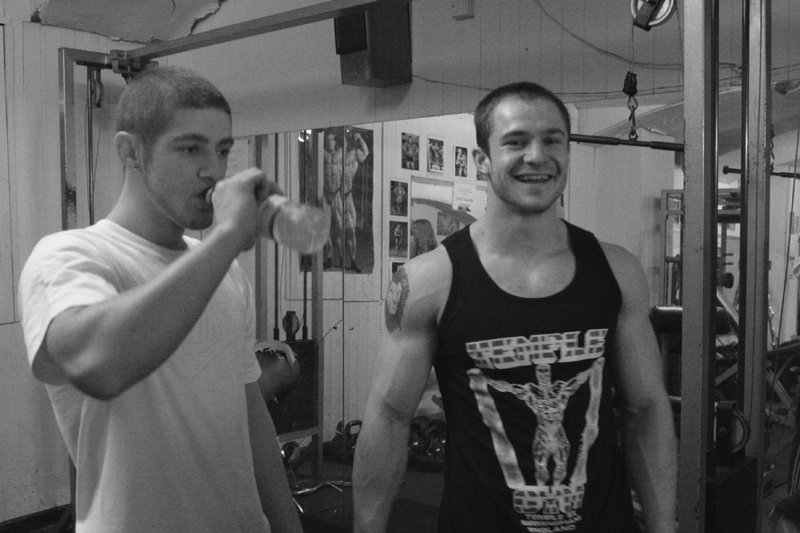 Dorian Yates cast his unmistakable mantel of muscle to snatch 6 Olympia statues before his Blood & Guts intensity eventually paralyzed more muscles and tendons throughout his massive body than in Mickey Rourke's face.

Ten years on, another beast is grinding the steal within the depth of the dungeon - Temple Gym. Walking in footsteps of the shadow, 22 year old Lewis Yates has decided to take up the sport that his dad turned on its head making the entire competition look as intimidating as Woody Allen in a sequin dress.

"Lewis shows up late for our appointed photo shoot - he already has the making of a successful bodybuilder. Lewis's arrival is a couple of minutes later than Liam."

"Come on, drive that f+$@# weight up," I heard scream from the front weights room within the crumbling walls of Temple Gym. It was a cold morning in Birmingham England, over the Christmas period of 2006 and I was having a tortuous leg workout with the intense as ever Yates whilst I was on a home visit from the US, and now I was hoping it would end as soon as an agonizing episode of "Everybody Loves Raymond."

"Who's screaming all those obscenities in the other room?" I asked. "It's my boy Lewis training with Leroy's son - Liam," smiled Yates. Just to remind you, Leroy was Dorian's legendary training partner who was frequently heard yelling "Let's get nasty", "Drive" and "Business as usual" on the grainy, intense and the parental guardian advised Yates DVD - Blood & Guts.

The irony was too pronounced to ignore - Dorian and his ex sparring partners sons were both now training together, 10 years after the Yates/Davis seniors ceased their partnership. I organized a photo shoot for the very next week - New Years Eve 2006.

As typical as a Yates and Leroy sparring session, only two warm ups were completed before the first and only working set - which was treated with as much respect as a looped rope had with a certain former Iraq dictator.

"You're not finished yet," shouts Liam as Yates' veins hug onto his bursting shoulders fearing they will unravel with the immense effort and intensity its being tortured through. 9 reps were punished by each of the subjects whilst "The Prodigy" plays through the dusty speakers mounted on the humid brick walls.

"It's below freezing outside, the song "Firestarter" is playing at a high decibel and the warm-up sets have begun on the second exercise - single-arm rows."

"Yes, come on, let's f*%$@*g have you," screamed Yates as Liam settled into position with a sense of urgency. "Pull it up," were Lewis's interrogated words of encouragement as the repetitions began and "Keep it tight" were spat out when the 10 rep count concluded.

As my Canon captured the second generation of images, I soon realized the similarities between Yates junior and Yates senior. Looking back - at pictures that photographer Geoff Evans shot of Dorian at 23 years old - he clearly displays the same naturally lean shape, proportions and identical muscle bellies. Yes, he is already showing the signs of a chunky back encouraged by the all too feared "chunky back movements".

As I dragged myself up from the dust riddled floor of the Temple, the boys had located another toy to entertain themselves inside their sacrificial play pen - seated cable rows.

"Liam may not be as vocal as his father just yet but he possesses the drive which is now beginning to become more evident." 'There's more to come,' yells Liam as Yates nears the end of his one and only working set.

The impact of stress placed such extremities on the brat pack's backs; there was only one area of importance left awaiting its fate - the lower lumbar region.

As Dorian was punching the heavy bag in the leg room, Leroy watched the boys intently with a look of hesitation, craving to scream the haunting words echoing 10 years past, "Let's get nasty".

Lewis later explained that he normally prefers the shuddering stress of the deadlift but due to a recent back injury, as of late he opts for the also reliable hyperextension.

"Only one warm up set was required before hurtling towards the final strain on the body's anaerobic reserves."

After Lewis finished his erector expanding set, he crouched into position as if to snap at Liam's neck at any sign of weakness.

"Choke that f@#$*%g back," taunted Yates at the 9 rep count. 3 more were forced out of his exfixiated lower lumber before throwing the added weights plate to the floor which was accepted with a cloud of dust. 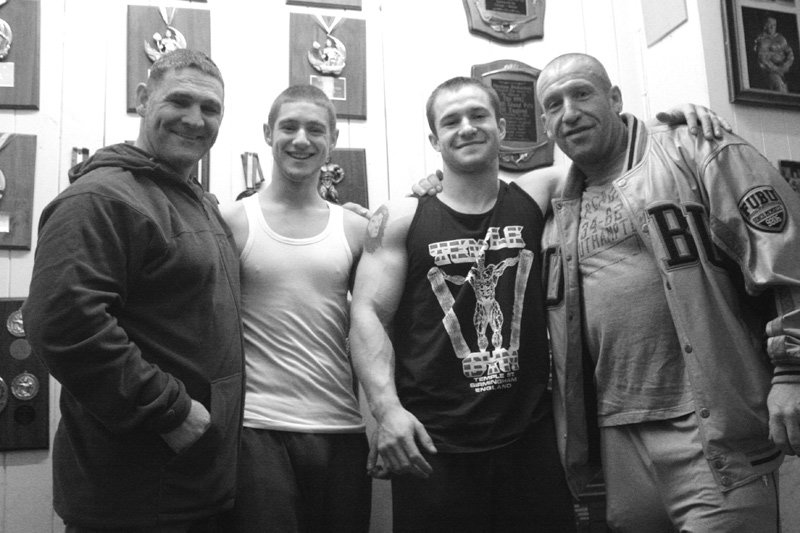 HISTORY MAY REPEAT ITSELF

The conclusion of the workout reminded me that intensity seemingly breeds within the underground cellar of ancient England. If we are about to witness the birth of another Birmingham beast, history will repeat itself knowing Bodybuilding.com captured it first.