There's an idea out there that athletic people largely use the Internet for motivation, in the form of selfies, memes, forum feuds, and other stuff to stoke their fitness fire. Either that, or they're succumbing to what derisively gets called "exercise ADD," looking for new movements, grips, and programs to fill up their hours in the gym. 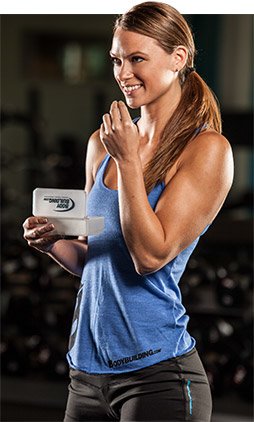 These may be true in many cases, but there are plenty of others among us who see the Internet's value as an unparalleled resource when it comes to sharing the latest in nutritional and supplement research. If you have PubMed or other databases on your bookmark toolbar, then you know what I'm talking about.

But if you spend much time doing keyword searches for specific supplement studies, you also know that it can be difficult to know what lesson to take away. At Examine.com, understanding studies and making them practical is what we do. Sometimes we find new studies with new possible uses for supplements that didn't pan out in the past. Other times, we may find that a supplement isn't all it is cracked up to be. Either way, it's always rewarding to dive into the research with an eye to how it can be put to use by real athletes.

Here are three studies we've seen in recent months that are worth your attention.

Supplemental bovine colostrum has been the subject of several recent promising studies, and it has long been a popular supplement among elite athletes in demanding sports such as cycling and track and field. The logic behind supplementing with colostrum is somewhat simple. While it's not nearly as well-known a protein-source as whey, colostrum is a far richer source of immunoglobulins, which are antibodies that provide immune support to growing animals.

Starting off on a good note, the subjects were trained endurance athletes rather than sedentary students taken at random to fulfill the requirements of the study. Each of the 10 subjects, who had competed in cycling for at least three past years, completed a baseline VO2 max test, after which they were given either 10 grams of bovine colostrum concentrate or 10 g of whey protein. 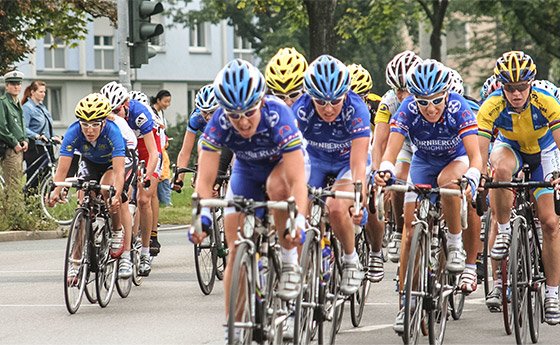 "Each of the 10 subjects, who had competed in cycling for at least three past years, completed a baseline VO2 max test, after which they were given either 10 grams of bovine colostrum concentrate or 10 g of whey protein."

The end of the trial was when each subject raced a brisk 102 kilometers per day for five days straight. Their diet was recorded during the study but wasn't manipulated in any way.

The researchers also measured illness rates—since illness is common during such high-intensity athletics—and common markers of illness, including:

Once the race was done, the racers' weight, performance during training, sleep, mood, and subjective fatigue levels hadn't changed significantly. In the subjects taking colostrum, testosterone levels showed a normal diurnal pattern—high in the morning, low in the evening—on race day, whereas levels were closer to level for the whey group. Cortisol levels were also consistently higher in the morning for the colostrum group, whereas IgA levels were consistently lower with the colostrum at all morning and evening points.

The study makes a promising case that colostrum supports the immune system more during intense and prolonged training than other protein sources such as whey. The study probably could have said a lot more if the sample size was larger than 10 athletes, but that is the natural side effect of only trying to get highly competitive athletes to try a new supplement prior to a five-day race over 500 kilometers in duration.

However, this study doesn't mean colostrum is necessarily superior to whey, but rather simply that it is a more efficient source of immunoglobulins—and a far more expensive one, it should be noted. It's plausible that you could receive the same amount of immunoglobulins, and hence the same benefits, simply by taking a larger dose of whey protein than 10 g.

GAKIC is back from the dead, sort of

GAKIC, or glycine-arginine-alpha-ketoisocaproic acid, has been sold for a number of years to control fatigue and increase strength in strength athletes. But despite a few encouraging small-scale studies showing impressive strength gains, it never took off to a wide variety of producers, nor became common in the supplement stacks of high-level athletes. However, it has received a new look in a couple of limited studies over the last year, first for female strength athletes, and in this case, for men.

Researchers gave seven resistance-trained men 10.2 g of GAKIC 40 minutes prior to exercise. The exercise in question was first working up to a one-rep max on a leg press, and then, after a short rest, completing five sets to failure at 75 percent of the max with 3 minutes rest between sets. The supplementation was a single usage only, and as the study was double-blind cross-over in nature, the subjects reported back a week later to take the other treatment (those assigned to GAKIC initially then took placebo and vice versa). 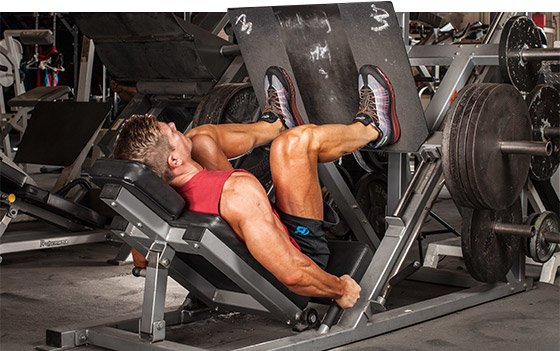 "The exercise in question was first working up to a one-rep max on a leg press, and then, after a short rest, completing five sets to failure at 75 percent of the max with 3 minutes rest between sets."

The results of the study report "an increase in overall volume performed on the leg press" by 22.5 percent, which is promising, but puzzling upon further inquiry. It seemed that the first set wasn't affected, nor were sets 3-5; only the second set seemed to have a spike in endurance with GAKIC relative to placebo. Maximal strength was not affected by GAKIC, and when assessing the data of each individual, it seemed that there were responders and nonresponders to the GAKIC.

Despite the nice increase in endurance, it should be noted the main claim to fame of GAKIC, increased strength, failed. The increase in endurance is odd, though, in that it occurred only in the second set. You'd expect it to show up either in the first set, when the subject is the most rested, or in the later sets, when they are the most fatigued. Without any further evidence, it begs the question whether the benefits could be mimicked by timing a set with the upbeat part of a song, or getting a little encouragement from a training partner.

GAKIC still has its diehard supporters, but the wait continues for a conclusive study to back them up.

Some of the loudest outcry against last year's "multivitamins are a waste of money" editorial came from hard-training athletes. Multivitamins are commonplace in the supplement regimen of athletes, who often believe, to paraphrase a common argument, that the vitamins help replenish what exercise depletes. A recent study took that argument and applied to the ultimate state of athletic depletion, the condition known as overtraining.

A group of Chinese researchers took a large sample of male military personnel following a regimen of "large-scale endurance military training." Before receiving the supplements, the young men showed many classic signs of overtraining, including increased thyroid function, decreased adrenal, testosterone, and immunological functioning, and significant increases in psychological stress, anger, and tension. In other words, they were not happy campers.

After testing these parameters, one group of the soldiers received a placebo, while the other received a multivitamin supplementation for one week's time, all in conjunction with their standard diet during military training. The multivitamin formulation used was fairly simple and more reflective of a mainstream vitamin such as Centrum than any of the better options available to athletes. The food, on the other hand, was not elucidated on any further than the description, "a standard Chinese diet." 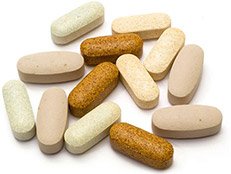 Multivitamin Used in the Study Included:

While one week seems like a really short time to assess the efficacy of a multivitamins, it appeared sufficient to cause significant immunological and psychological changes in this study. In contrast to the placebo, the soldiers receiving the multivitamin saw improvement on the biomarkers of thyroid and immunological function as well as preserved cognitive parameters such as fatigue, anger, sleepiness, and general mood.

In contrast to the previous two studies, this one is statistically robust, even though it still leaves something to be desired in the details. While it definitely showed an improvement in function with multivitamins relative to placebo under periods of high physical stress, we have no clue what the baseline diet was that the multivitamin was actually supplementing.

Furthermore, the bare bones formulation of the multivitamin used may not reflect many multivitamins on the market today. Most multivitamins do contain the above and plenty more, although in theory a more complete multivitamin would have replicated the observations, unless some unforeseen components somehow negated the benefits.

Conversely, the ability of the multivitamins to act within a week is both promising and a bit confounding. Exhausted soldiers with no other nutritional support at their disposal are one thing, but how would it affect a body after months of supplementation and hard training? Nevertheless, the study presents an interesting potential benefit of multivitamins. If you're not taking one and are seeing signs of overtraining, it seems to say, a multi could conceivably provide a useful and fast-working intervention.