The principles behind the regulation of protein metabolism are worth knowing about… Learn more about these factors if you want to know how important protein and exercise are as you try to maximize body composition and exercise performance.

The factors underlying variations in protein synthesis and catabolism, which regulate muscle mass, are complex and still being worked out. However, we have enough information now to allow us to manipulate both processes and increase muscle accretion.

While difficult to understand, and even tedious at times, the principles behind the regulation of protein metabolism are worth knowing about since they underlie much of what we do in our attempts to maximize body composition and exercise performance.

For example, amino acids, while important as substrates for various metabolic pathways, are also regulators of protein synthesis and other metabolic processes.

We know that like exercise, amino acids increase protein synthesis with the signaling pathways influencing mTOR (mammalian target of rapamycin), which in turn stimulates protein synthesis.1,2

Accelerated protein breakdown and a net protein loss occur secondary to exhaustive exercise and in injury and various diseases. The negative nitrogen balance observed in such cases represents the net result of breakdown and synthesis; with breakdown increased and synthesis either increased or diminished.

** From Amino Acids and Proteins for the Athlete, the Anabolic Edge, Mauro Di Pasquale, M.D., 2nd Edition in Press. 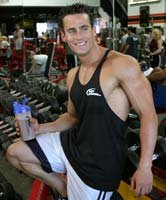 The amount of protein synthesis that takes place during and after exercise is dependent on several factors including a complete complement of precursor amino acids (both essential and non-essential amino acids), specific acetylating enzymes, tRNA, and adequate ATP levels.

The intracellular concentrations of each of these predictor amino acids in adults were, in turn, related to different combinations of the plasma concentrations of threonine, phenylalanine, tryptophan, isoleucine, histidine, citrulline, ornithine, arginine, and glycine.

The increases in intracellular amino acid concentrations seen with exercise may reflect decreased protein synthesis, accelerated protein catabolism, an increase in amino acid transport into the cell, or combinations of these conditions.

Acute bouts of exercise can induce measurable changes in protein, carbohydrate, and lipid metabolism. These changes are characterized by a change in protein catabolism and synthesis and an increased utilization of protein for gluconeogenesis and lipids for oxidative fuel.4,5,6,7 Chronic daily exercise leads to adaptive processes that result in a net increase in total body as well as peripheral nitrogen stores.8

An increase in protein intake by itself has been shown to not only increase protein synthesis and decrease muscle breakdown, but has also been shown to increase both aerobic and anaerobic performance.36,37,38,39

Amino acid supplementation can have dramatic effects on various aspects of exercise, increasing protein synthesis and/or reducing degradation, and has been shown to attenuate muscle damage and enhance recovery.40,41,42

Data from one study showed that amino acid supplementation attenuates muscle damage during the initial high stress of overreaching, and the authors felt that this effect may partially explain the enhanced ability of the subjects to maintain muscle strength.43 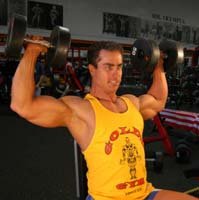 Click To Enlarge.
Subjects Had An Enhanced Ability
To Maintain Muscle Strength.

Branched-chain amino acids have been shown to reduce proteolysis in rat skeletal muscle and leucine has been shown to elevate protein synthesis via posttranscriptional mechanisms (phosphorylation of p70S6 and eIF4E-binding protein 1).46