I got an opportunity to check out FST-7 Defined and I am going to give a review for all the readers of Bodybuilding.com. I will cover each part briefly.

FST-7 has become such a hit in the bodybuilding and fitness world that the name might as well be a word in Webster's Dictionary. It is being covered everywhere.

You can see it in every major bodybuilding magazine and you can see how I take it and use myself right here on Bodybuilding.com. Obviously with FST-7 being so big there are a lot of questions about the program. Hany Rambod decided to put out a DVD to answer those questions and "FST-7 Defined" was born.

I got an opportunity to check out the DVD and I am going to give a review for all the readers of Bodybuilding.com in this article. I will cover each part of the movie briefly and give you a final recommendation at the end.

As the movie begins, Hany gives you a little background on himself and who he has helped over the years that helped him earn the moniker "The Pro Creator". He also talks about the FST-7 philosophy and why it works so well.

Now we get into the actual program itself. He is seen working with NPC USA Light-Heavyweight Champion Tamer El-Guindy on quads and hamstrings. Hany doesn't just talk about the program. He works with Tamer on each set and gives his insight into how to work each exercise properly so that you can get the maximum benefit out of both the exercise and the FST-7 program. Hany is basically becoming your personal trainer so you can master the program. 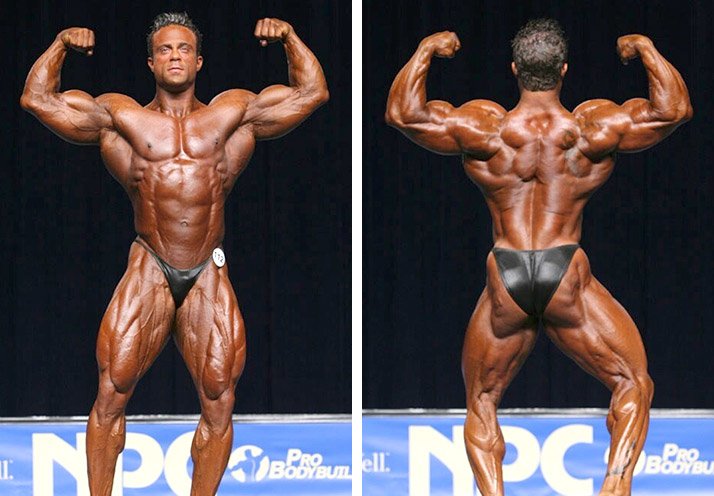 Now we see Hany heading to Vegas and seeing Jay Cutler, who at this point is looking to regain his lost Olympia crown. Jay expressed interest and is going to use FST-7 as part of his 2009 offseason program.

Hany briefly discusses what the strategy was going to be to help the two time Mr. O become the champion for the third time. First up was going to be shoulders. Note that the footage you will see is as Jay is preparing for the Mr. O. In a sense, you are witnessing Jay and Hany working on making bodybuilding history.

The setting is now in Gold's Gym in Vegas and Hany works with Cutler on his delts. Throughout the workout, you get more tips from Hany and you also hear Jay's thoughts on the program. Without going too deep into detail, seeing how hard Jay is working proves how tough FST-7 is and seeing the results shows how well it works.

After the shoulder workout with Cutler, Hany gives step by step instruction for the viewer. You will see this throughout each muscle in the movie.

Now that the training is done, Hany discusses nutrition and shows how even the former Mr. Olympia could use nutrition tips every now and then. It was good to see that the Pro Creator didn't just leave the DVD at training. 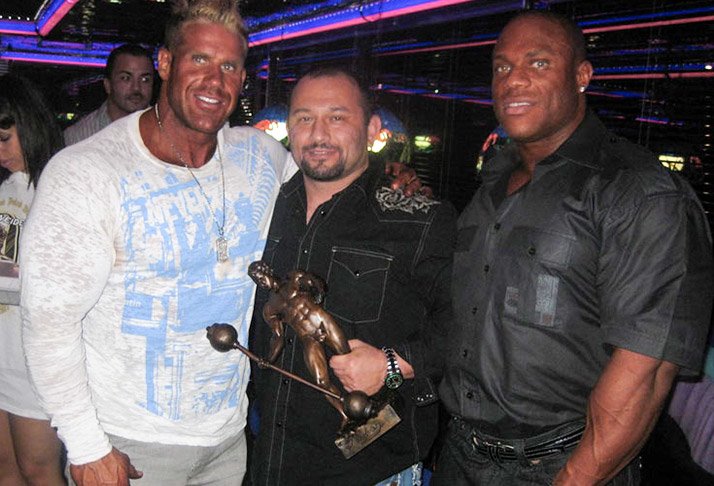 Hany Rambod Is Credited With Getting Many Of Bodybuilding's Elite Into Their Physical Best.

Back Training And Posing

Once again, Gold's in Vegas is where the action is and Jay is training lats. Two things should be taken away from watching this back workout that you will see. Hany again discusses what their goals are for lat development and you see it implemented. You can tell that Jay is working very hard through this and it is understandable why. If there is any trainer, coach, or "guru" more intense with his clients than Hany, I want to meet him.

Afterwards, Hany has Jay pose and check out the pump after the training is through. Jay is massive! I didn't think his back would ever stop getting wider when he goes into the rear lat spread. 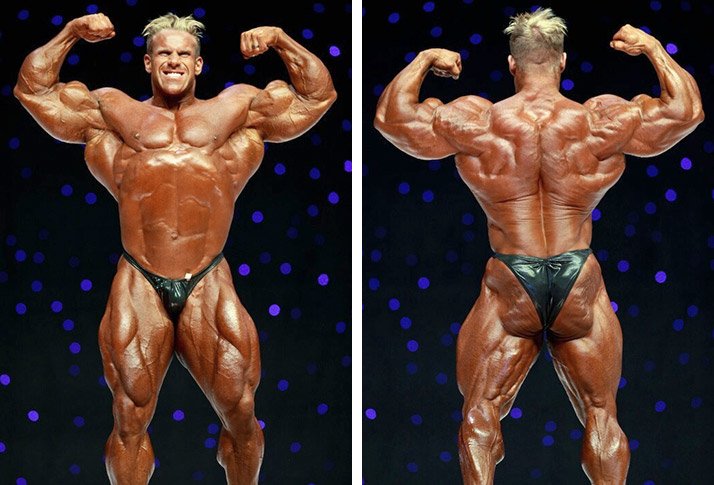 The Arrival Of The Gift And Cheat Meals

It is Day 4 and Phil Heath has arrived in Vegas. Hany discusses his background with "The Gift" and what his goals are for him in 2009. Hany also gets into the benefit of eating cheat meals and how eating clean 24 hours a day can actually be detrimental both physically and mentally to what you are trying to do with your physique.

We now see Hany, Jay, and Phil at the local In N Out Burger restaurant eating burgers and fries. The time has now come to hit the gym with "The Pro Creator" and "The Gift". 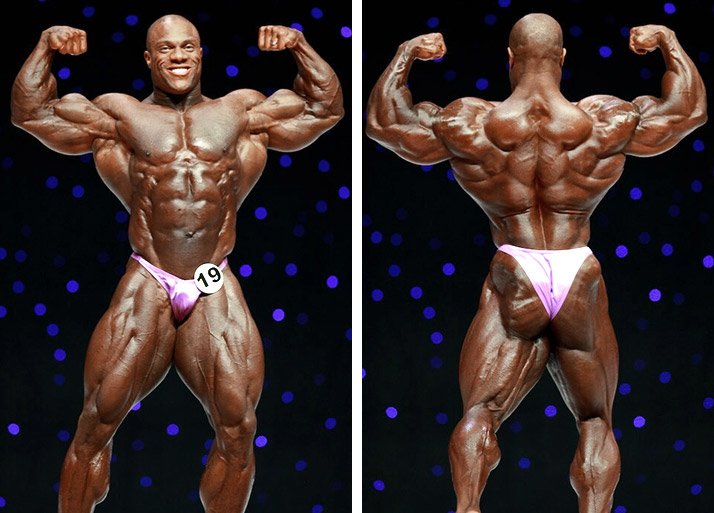 Phil looks great as he shows up for his chest workout with Hany. They proceed with blasting the pecs FST-7 style. Phil also gives his insights on the FST-7 principles and how it benefits him. Both Phil and Hany are pleased with "The Gift's" progress thus far. Phil proves Hany's theory correct that "a stronger muscle is a bigger muscle".

The next portion of the movie covers decompression and how it also benefits athletes, especially bodybuilders. Phil is decompressing by playing some Guitar Hero. It is well known that Phil is a PS3 player and once you see him on Guitar Hero, you will know he isn't just gifted with his genetics and bodybuilding domination. 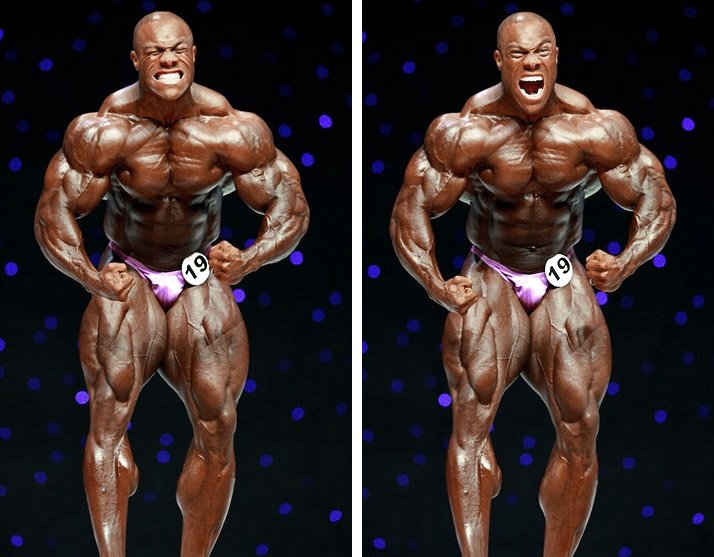 Hany is back with Jay and they are training arms. Both Hany and Jay felt that his delts dominate and makes his arms look smaller than they actually are. Therefore, Hany really wanted to work on Jay's upper arms and bring them up.

As with each other phase of the movie, Hany does a set instruction piece for arms. In each one, Tamer is the athlete that demonstrates. He does a great job of giving detailed information as to what each movement does specifically for the muscle being trained. Beginners could understand what Hany is talking about.

As the DVD is drawing to a close, Phil, Jay, and Hany give parting thoughts. Jay and Phil cover what FST-7 has done for them and how Hany is a great trainer. Hany covers how he feels that if you are a trainer, each athlete or client you train should be treated with respect and value. Whether you are contending for Mr. Olympia or an everyday person looking to get in shape, that client is special. 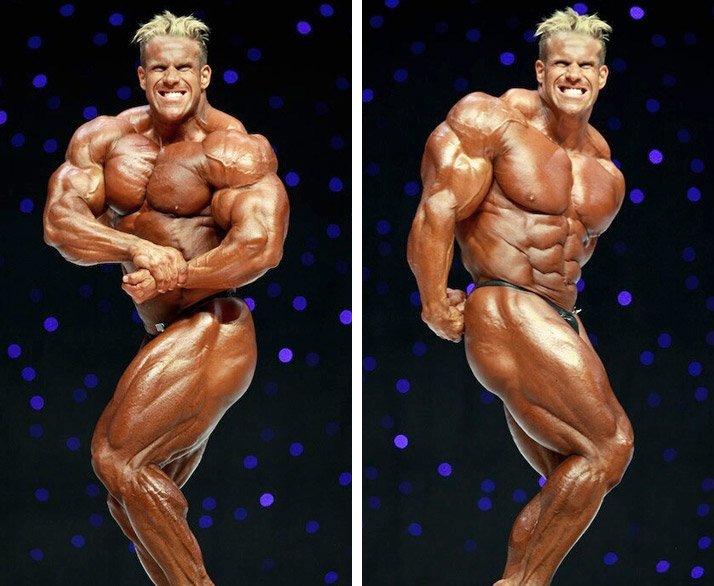 If you are an FST-7 follower and you don't have this DVD already, get it. If you are considering using FST-7 in your own training program, get this DVD and watch it before you do. You will be ahead of the learning curve doing so.

I have been using FST-7 for the past few months and I learned a lot from the movie. If you are fan of Tamer El-Guindy, Phil Heath, or the now three time Mr. Olympia Jay Cutler, or just a bodybuilding fan in general, get this DVD.

After watching it, you will be motivated to hit the gym to put into practice what you learned. You will also know why Jay Cutler was able to become the first bodybuilder in history to reclaim the Mr. Olympia after losing it and why Phil Heath was able to finish 5th despite having food poisoning the morning of prejudging. Thanks to Hany Rambod.

To find out more about FST-7, go to FST-7.com or check out my past FST-7 articles here on Bodybuilding.com.