As it has been for several years, tonight's Figure Olympia competition was an intense showdown between Nicole Wilkins, Erin Stern, and Candice Keene. And though the competition was tight, Nicole Wilkins was the judge's choice for first prize. Her incredible symmetry, conditioning, and stage presence could not have been more on-point. It was clear that Nicole had been willing to let no hurdle get in the way of getting back the crown for a third time. 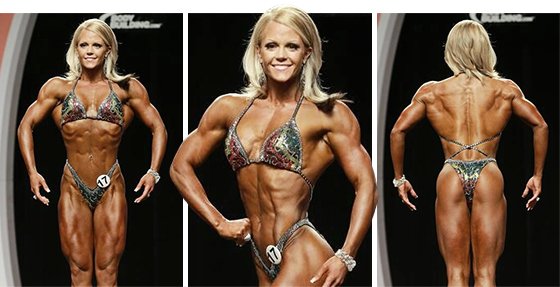 "Erin Stern Definitely doesn't make it easy for me," Wilkins said in her post-victory interview. "None of the girls do. It means so much to have the title back." Erin looked amazing in second place and showed off her characteristic athletic physique with pride. The Olympia battle between Erin and Nicole has been hugely competitive. Next year is sure to bring another round of world-class performance. 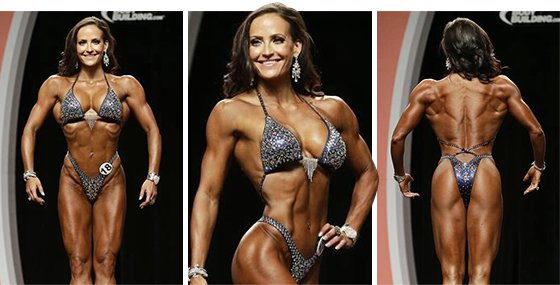 Third place went to the lovely Candice Keene. After a victory-packed 2013 campaign, her round shoulders and excellent quad sweep looked as impressive as ever. While the highest title in the sport continues to elude her, I'm certain that she'll continue to make waves. Heather Dees grabbed the fourth spot. She's consistently behind the titan trio, but if she keeps making improvements to her physique, I predict she'll break their ranks soon enough.

For the second year in a row, Mallory Haldeman earned fifth place. A perennial top finisher in whatever competition she enters, Haldeman just doesn't seem to know how to do perform at anything but an elite level. Anne Titone rounded out the top six. After a 12th-place finish last year, to step up and take her place among the top six had to be a dream come true.