In this latest installment of Research Roundup, I bring good news wrapped up in suffering.

Looking to get over that lingering case of runner's knee? Back to the gym with ye! Want to lower your blood pressure? Exercise is good, but the highest intensity exercise you can stomach is best. And as for that mug of coffee you cling to every morning, my friend, it's filled with nothing but self-delusion and non-dairy creamer.

OK, it's not all as bad as that. It turns out that fish oil you're already taking for a million other reasons may help you avoid one of life's most unwelcome visitors, the dreaded kidney stone. That mysterious vibration platform gathering dust in the corner at your local gym might be able to help you avoid muscle soreness. And best of all, I bring the gift of a method to combat the negative effects of your high-sodium diet that isn't simply, "Eat less salt."

You're welcome. Onward to the studies!

Ask millions of sad-sack diners why they're willing to choke down that bland home cooking every night, and they'll respond by staring at the floor and muttering, "Sodium baaad."

This one's for them. 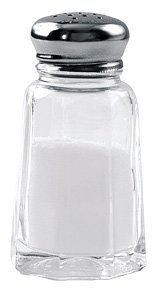 In spite of years of attempts to vilify and regulate salt (NaCl, or sodium chloride), it's worth remembering that human physiology functions like a seesaw: Imbalance is what brings things crashing to the ground. Now say hello to sodium's natural playground partner, the under-consumed mineral potassium (K).

However, those last seven days held the kicker. Supplementing with potassium returned the blood measures to normal, even under a continued high-salt diet and a less than optimal sodium-to-potassium ratio.

The dietary reference intake (DRI) for most adults in the United States for sodium is 1.5g per day, whereas the DRI for potassium is 4.7g per day. However, the typical Western diet is often quite lopsided toward sodium.

There are many ways to up your K intake. It's plentiful in dried herbs, hot spices (e.g., red chili powder), avocados, raw nuts and seeds (particularly pistachios, pumpkin, sunflower, and flax seeds), fish, dried apricots and beans. Bananas, you may have heard, contain about 350mg of potassium. But they also contain 45g of net carbs, including 28g of sugar, making them a less appealing choice for some physique-conscious consumers.

Also, for what it's worth, dietary supplements sold within the United States can no longer ADD more than 99mg per serving of potassium. (I'll refrain from using my soapbox as to why the FDA made this ruling). 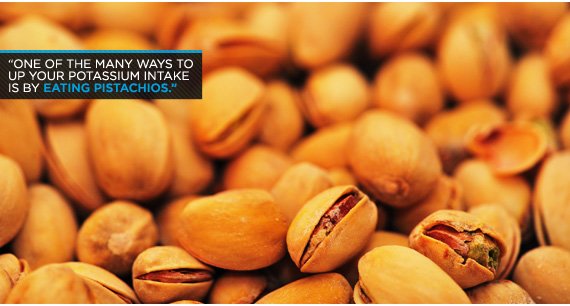 Shoeb M & Ramana KV. Anti-inflammatory effects of benfotiamine are mediated through the regulation of the arachidonic acid pathway in macrophages. Free Radic Biol Med. 2011 Oct 24. [Epub ahead of print]

The vitamin B1 (thiamin) analog benfotiamine has been used for some time as an effective, bio-available delivery form of thiamin, which helps to maintain healthy cells in the presence of hyperglycemia and minimize the formation of destructive oxidative byproducts.

In a recent study, Benfotiamine also showed promise as an anti-inflammatory. A mouse study subjected immunity defense cells to a severe bacterial assault, and benfotiamine was shown to significantly inhibit pro-inflammation enzymes, preventing cell death. This suggests that benfotiamine might have similar anti-inflammatory and immune support in humans. Human studies are necessary to confirm this.

Benfotiamine appears to significantly increase blood and liver thiamine concentrations significantly more than thiamine itself, in addition to the benefits described above. A dose of about 2.6 mg per pound of bodyweight, per day, consumed on an empty stomach or with food, is suggested. Benfotiamine can be taken on its own, or as part of a B-complex.

Vibration platforms have been springing up in gyms over the past couple of years, but thus far the data has been unimpressive as to whether performing lifts on them provides any improvement on stationary lifts. New research indicates that these devices may have value after all. Yet it may only begin once the workout is over.

Vibration platforms may be effective as a recovery aid when your training includes a heavy eccentric (or lowering) component. Otherwise, there's little at this time to support their use in aiding recovery.

To use a vibration platform, try a frequency greater than 30 Hz but not more than about 60 Hz. Too low appears to be ineffective; too high comes with safety issues. For duration, I recommend between 30 seconds and six minutes, maintaining a static position specific to the musculature to be, or having been, exercised.

Caffeine's Effects May All Be In Your Head

Does that daily cup (or tanker truck) of leaded coffee actually improve your mental acuity and spirits, or do you just believe it does? If you're the type who still painfully recalls the day you learned about Santa, read on at your own peril.

Here's the set-up: 88 subjects were blindly provided either regular coffee or decaf and randomly informed which they had consumed. That is, some subjects who consumed decaf were led to believe they had consumed caffeine, and some who had caffeine were told otherwise. Those who had decaf but were told they consumed regular coffee reported improved attention and mental function to the same degree of those who actually did have the strong stuff. 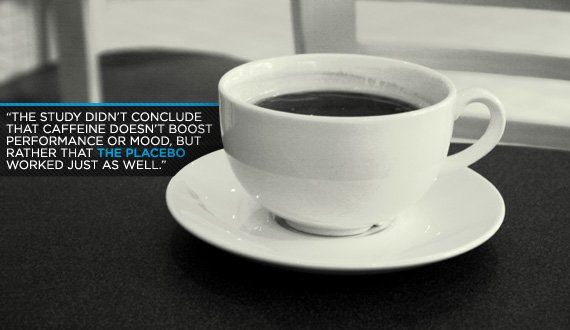 There's some good news in this, coffee drinkers. The study didn't conclude that caffeine doesn't boost performance or mood, but rather that the placebo worked just as well. The lesson isn't "Stop drinking," it's "Don't stop believing."

Everybody wants a quick morning thrill, but if you're trying to wean someone from caffeine, you may be able to do so by serving them a little white lie with their morning cup. Purchase and use decaf, but tell them it's full throttle. Ask for forgiveness later.

Pro- and pre-biotics that affect the bacterial environment, or microflora, within your large intestine have been the focus of plenty of attention over the past decade. Among their many purported benefits are improved immune function, nutrient absorption, and overall health. However, could taking a probiotic also inhibit your body's ability to burn body fat?

According to new research in mice, gut microflora may actually directly affect fat burning and storage. Specifically, mice that were bred to be free of gut microorganisms were found to have significantly elevated levels of liver and brown adipose tissue fat burning and an inhibitory action on fat storage, compared to regular mice.

Though compelling, these results don't imply that taking the biological equivalent of drain cleaner to your intestinal lining and killing all bacteria is the panacea to fat loss. Don't jump to conclusions just yet. Rather, the findings point to a link between the microflora environment of the gut and the ability to burn or store fat. Until more is discovered, it's sound advice to continue to include pro- and pre-biotics in your daily supplement plan to support good health and gut function.

High Lactate May Make You Fat

During exercise, active muscle cells release lactate, which can then be taken up and used by neighboring inactive muscle cells or enter circulation and utilized by the heart as fuel. Normally, this is where the discussion on lactate ends.

But in fact, white adipose tissue and skeletal muscle are the predominant sites where lactate is produced. And just as intracellular concentrations of lactate within a muscle cell can negatively affect muscle firing, lactate buildup within fat cells appear to inhibit fat burning.

In a paper recently published in the British Journal of Nutrition, researchers from the University of Sydney detailed the many effects lactate appears to have on fat burning and storage. For example, lactate production within fat cells increases markedly in the obese.

The researchers also reported that more than 50 percent of the glucose used by these fat cells is converted to lactate. However, the lactate produced by muscle during exercise does not appear to cause fat cells to decrease fat burning. Instead, the researchers propose a lactate feedback loop that controls fuel utilization within the muscle cell itself, and which likely also exists within adipose cells.

Since lactate concentrations within fat cells appear to be what mediates insulin's inhibiting effects on fat burning, it may be possible to increase fat burning by promoting the removal of lactate from those cells. Though this is speculation on my part, it stands to reason that supplements such as citrulline malate, which has been shown to increase lactate shuttling and recycling from muscle cells, may also support lactate removal and shuttling from fat cells. 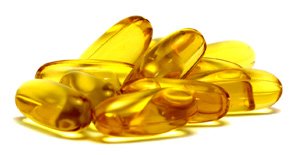 If you're prone to kidney stones, new research from the Cleveland Clinic's Department of Radiology may provide some relief.

Researchers instructed 29 patients with a history of kidney stones to consume 1,200 mg of fish oil per day, and then monitored the results for around nine months. After the subjects had completed the intervention, urinary calcium was shown to decrease to normal levels in 24 percent of the patients, while 52 percent realized a significant reduction in urinary calcium, and 34 percent had decreased urinary oxalate excretion, just to name a few of the improvements reported.

To help support healthy urinary health, consume 1,200 mg of fish oil, as natural triglyceride, per day. What's that, you say? You're already doing that to support heart and brain health? Nicely done.

Runner's knee (or "patellofemoral pain") is one of the most common sports medicine problems. If you are affected by this nagging pain that radiates from underneath the kneecap, a trip to the gym is probably the last thing on your mind.

However, in a thorough review of all randomly controlled clinical trials involving the use of exercise in treating patellofemoral pain, researchers from the University of South Australia concluded that a progressive program of daily exercise can offer significant improvement in function and pain reduction.

The research advocates a program involving squats, leg presses, step-ups, and leg extensions, each for 2-to-4 sets of 10 repetitions, for a minimum of six weeks. Cycling and cardio should also be combined with this resistance training to get the maximum benefits. 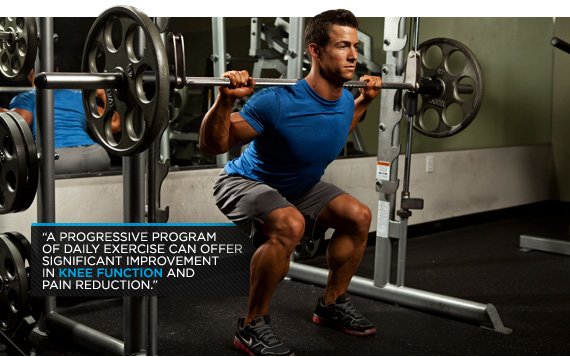 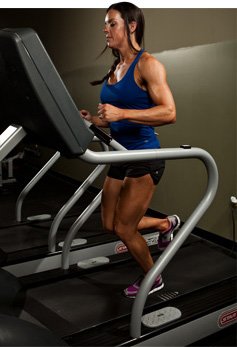 Looking for a nice, peaceful way to wrap up your weight training session? You won't find it here.

In a study presented in the International Journal of Sports Medicine, significant decreases in blood pressure were found in men who undertook cardiovascular exercise immediately after resistance training. Specifically, when the men performed a strenuous resistance training workout and then exercised on a stationary bike for 30 minutes at 50 percent, 65 percent, or 80 percent of their VO2 peak, systolic blood pressure decreased significantly in response to all cardio intensities. However, diastolic blood pressure responded most favorably to the 65% and 80% intensities, and blood pressure remained reduced for the longest period of time in response to the 80 percent intensity bout.

For the greatest affects on lowering blood pressure, perform cardiovascular exercise immediately following your resistance training session, and exercise at a cardio intensity of not less than 65% of your peak rate of oxygen utilization (VO2 peak) and for at least 30 minutes.