Genetics: How Will They Affect You?

Genetics is a popular scapegoat for lazy people. It is very convenient, and there's no one around to prove that this is the sole purpose of fitness limitations for some people! Learn more here ...

Genetics is a popular scapegoat for lazy people. It is very convenient, and there's no one around to prove that it is, in fact, bull. It's all individually based, so when the guy who spends 2 minutes at the end of his workout every other week doing some light calf-raises, claims he has bad genetics, we can't be sure.

Perhaps he WAS born with 50% less muscle fibers in his calves than the rest of us. The most likely scenario is that he hasn't learned the basics of prioritizing, but since there's a 0.001% chance that he's right, he's pouncing on it rather than face the probable truth.

Even if it would actually be true that he pulled a loser when the calf-genetics were handed out, it is not - I repeat, NOT - an excuse to throw in the towel! By training smart, we can overcome most obstacles. That is not the same as fixing the problem at the root, which we can't, but to cleverly conceal the shortcomings.

The most classic example is the guy with narrow shoulders. There isn't a bodybuilding magazine that hasn't covered this at least 10 times, so I'll keep it short:

By trimming down your waist and beefing up your deltoids, you'll create the illusion of having broad shoulders. Look at small guys like Flex Wheeler and Shawn Ray.

They're way smaller than Nasser El Sonbaty, Marcus Ruhl, and the other giants, but they still snatch the top slots!

Once again, it's all about illusions. The bottom line is that the cosmetic aspect of bodybuilding is not as dependent on genetics as many would like to think. Granted, you may have an uphill battle in some areas, but as a general rule, you can succeed. 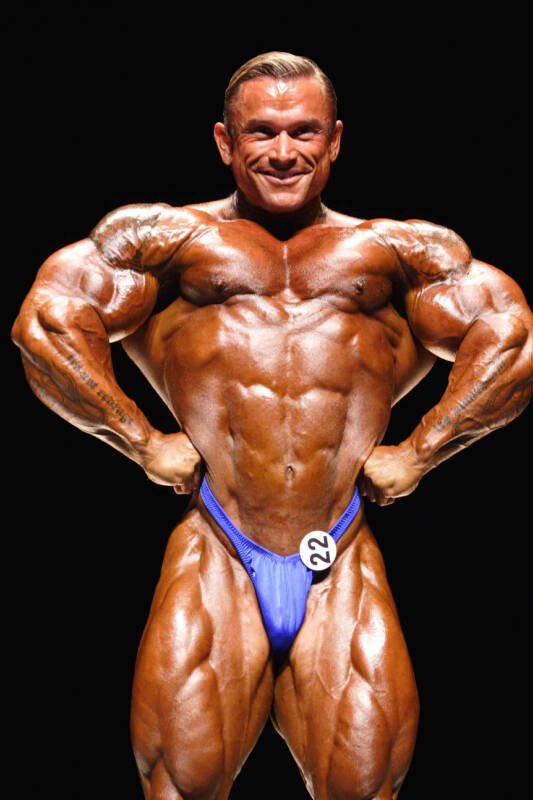 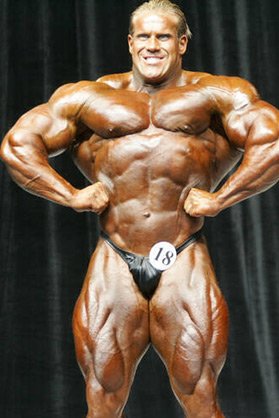 If you have skinny calves, forearms, or whatever, the number one priority should always be to hit that particular bodypart. Surprisingly, experience shows that many people does just the opposite. Keep in mind that bodybuilding - and all kind of weight training - is about maintaining balance.

A guy with a huge upper body and spider-like legs not only looks ridiculous, he has also developed an unevenness in his body that'll set him back in other areas in life (think about it - with 30 pounds more of muscle on his upper body, but with the same legs, what happens to endurance in other sports? It's like running with a 30 pound backpack!).

In this case, you would not only allow your body to get unbalanced, but also allow an already weak part of you get even weaker (as compared to the rest of you, that are hopefully gaining in strength and size). This can all be summarized in two words: Prioritized Training.

Sounds familiar? Of course - it's the same old principle as when you've let your enthusiasm for bicep-curls take precedence over tricep-training for too long. Simply put - hit your weak muscles first, and hit them hard. Then do maintenance training for the already developed muscles until your weaker muscles have caught up. Then train all muscles equally hard to make sure that you stay on the right track.

You Are The Problem, Not Genetics ///

If you are truly genetically "cursed," you will ALWAYS have to put in a little more effort in keeping those up to par, but frankly speaking, odds are that you will surprise yourself. More often than not, it turns out that the muscle is really OK - it just needed your full and undivided attention.

So much for the cosmetic part of genetics. We can do a lot to tweak things our way, and even though you might never become a Mr. Olympia contestant, there's always room for improvement. In almost every case, you can improve what nature threw at you by smart, prioritized training.

This doesn't really change the basic facts - that your lats suck, that your biceps don't have that awesome peak, or that your shoulders are narrow - but you can always create an illusion of looking better than you actually do. However, there is one point where there's not that much you do and that is where your muscles attach to your bones.

You can do a lot to improve your strength - let there be no mistake about this - deadlifts, squats, and heavy bench presses are excellent ways to boost your overall core strength. However, strange as it might sound to you, a truly crucial factor is where the muscle attaches to the bones.

Think about the upper arm-bone. The pec attaches perhaps 1.5 inches away from the base of the bone, near the shoulder-joint. When you're pressing weights, you have biomechanics working against you (it's like holding a short bar with one hand at the very end!

Light as the bar might be, the mechanics makes it hard).

If you were to move your hands a couple of inches in, the bar is easier to hold. On the same coin, the longer arms you have, the heavier holding the bar will feel. Say What?

Having longer arms also means that the weight will be traveling a longer distance from top to bottom position, as opposed to someone with shorter arms. And what has to pull the extra load? The pecs. There are two factors at play: The length of your arm AND where the muscle attaches to the bone.

Assuming that the muscle is exactly as large and strong as, say on your twin, you'd still be considerably weaker if that muscle was attached only 1/4 of an inch closer to shoulder joint.

Follow the logic: The muscles are equally sized and of equal strength. The muscles are working equally hard when hoisting the weight for X amount of reps. However, the small difference of where the muscle attaches, allows one of you to use 30 pounds more. Likewise, a guy with the exact same size and strength, and the exact same placement of the pec muscle attachment, will differ in strength if one of them has 20% longer arms.

Remember the bar? The guy with longer arms are holding a longer bar, making the mechanics work against him. And - not only that - the weight has to travel further than with the other guy.

This is why you rarely see any 6-foot-8 basketball player-kind of guys in the Olympics hoisting the big weights around. Heck, some of the top guys are borderline to midgets!

For the sake of simplicity, I have focused mainly on simple chest presses here. But this applies to pretty much all kinds of exercises. Take squats as another example: The muscle attachments determine how "efficient" the muscles are, biomechanically, and the length of your limbs once again determine how much of a lever your own body is, and last but not least, how far you will have to lift the weight from bottom all the way up to the top.

So, to wrap it up - theres not much you can do about this. But at least you know WHY a smaller guy can lift twice as much as you in certain lifts!