Theo Johnson Destroyed 10lbs Of Body Fat To Reveal His Ripped Physique As A Fitness Model!

After Theo Johnson saw the results of his first photo shoot, he decided to amp up his workouts and get ripped! Learn more here!

Before And After Stats

I got into exercising/weightlifting around 2006. I always did some sort of exercising, was into martial arts from 16-18-years old, receiving my first degree black belt in Tae Kwon Do.

After leaving that sport I pretty much wasn't doing anything, would do pushups here and there but nothing serious. In 2006 I decided to join a local gym. It started as me just wanting to have some decent size muscles for my wife. That's pretty much why I got started, and it grew from there. 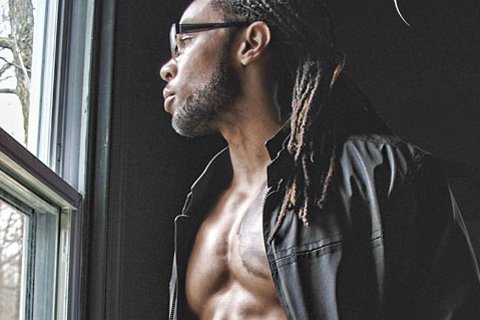 Click Image To Enlarge.
I Got Into Exercising/Weightlifting Around 2006.

At the end of 2008 (Christmas day) I had a serious eye injury. While playing football I blocked/checked another player who then flipped and ending up with his foot in my eye causing me to receive an orbit fracture.

This put me out of the gym for 3-4 months. I had been out the gym before from shoulder injuries and whatever else that comes from working hard but nothing as serious as this.

As anyone knows, if you're out the gym more than a month, it's pretty hard to get that dedication to get back in there and "do work". You find yourself sitting at the bench not able to lift close to what you could before and it's frustrating.

After going to the gym 1-2 times per week, trying to get that spark again, I was approached by a fellow member who also was a clothing designer and top modeling expert in my area. He stated he liked my look and wanted me to be a part of his male collection.

I was kind of iffy about this due to the fact that I knew I wasn't in the best shape (just getting back into the gym), and I never thought of myself as a model but decided to call him the next day to meet and do my first shoot as a Cojor International Magnum Model.

A few days later I met up with him again to check out the photos captured. Some were nice (ones with my shirt on), but others weren't what was expected. I noticed other guys he worked with and how fit they were, so that was the moment I decided to dedicate more time into me.

Within a few months I was looking better and feeling better, looked great in shows I appeared in and loved it. Since then exercising has just been a major part of my life. Not just for the look but in general. I'm getting up there in age, and it makes me feel 10 years younger, even better than I did when I was a teen (sometimes). 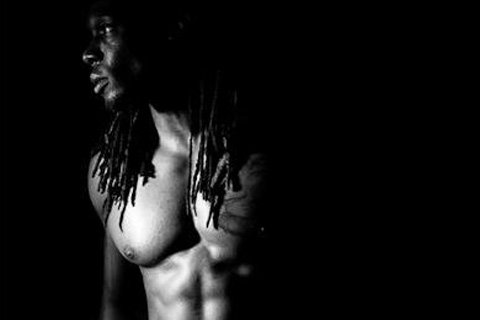 Click Image To Enlarge.
I Never Thought Of Myself As A Model.

Note: Supplement schedule and dosages are shown below in the diet section.

Tuesday: Back, Biceps And Abs

I just say it takes hard work to look the way I do. I don't consider myself the best looking or anything, but what a lot of folks think is that folks like me and others, who work hard in the gym, just pop some magical pill, do nothing and BAM! We have this wonderful figure, body, shape or whatever.

It's called dedication. It's hard to get up in that gym, specially on days you're not feeling it. It's hard work and takes dedication to stick to that diet plan you have out. It's not as easy as most think it is.

So to others on this site, who've just started, I want to congratulate you on taking that first step, signing up with this site, these are the guys who are going to help you through your journey. Your dedication is what's going to get you to where you want to be. 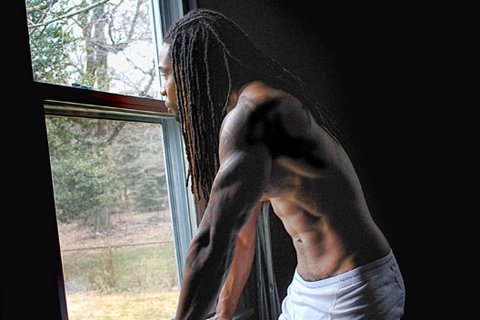 Click Image To Enlarge.
Your Dedication Is What's Going To
Get You To Where You Want To Be.