Contest Prep: All The Details - Part 1!

This article will consist of two installments with the main focus of this article on: diet for the last three weeks, workout protocols, and also the last week prep phase (which will be the main focal point).

Part 1
[ Click Here For Part Two ]
The New England Bodybuilding Championships just recently passed and due to the fact that I withdrew from the contest for health/personal reasons, I would like to elaborate on the contest preparation for a competitor I helped prep for the show.

My brother, Justin Deprospo, at age 19 competed in the Light-Heavyweight class, and due to the fact that I know his body like no other I worked along side of him helping him prep for his first contest.

This article will consist of two installments with the main focus of this article on: diet for the last three weeks, workout protocols, and also the last week prep phase (which will be the main focal point).

Throughout his 12 week dieting phase his weight hovered around 195lbs.-200lbs. and his diet remained pretty much the same, consisting of steak, chicken, egg whites, Ion Exchange Whey, and a small amount of milk for his protein sources. For carbohydrates he stuck to flavored oatmeal, rice, rice cakes, and small amounts of various fruits.

His fat remained relatively low due to the fact that he responds very well to a high carbohydrate diet, and the most part of it was taken in with his morning meal which was a small amount of natural peanut butter, and the two whole eggs that were mixed in with his whites. The rest of his fat intake came from trace amounts throughout the day.

His protein intake remained constant throughout the whole diet ranging around 250g-300g daily depending on his carbohydrate intake for that given day. On his training days his carbohydrate intake was slightly higher than on his off training days, and on every Saturday he would slightly go off his diet for a few of his meals and enjoy such foods, as Pizza, Chinese food, and any other treat he had a craving for.

This program was followed for roughly 8 weeks out of the 12 weeks prep, and at 4 weeks out we felt we had to start tightening up his diet and add a little cardio here and there…that's right, in the 8-week phase he preformed NO cardio! That's a gift I think most of us would love to have.

At this point in the diet his protein intake remained the same but steak was only eaten 3-4 times a week, instead of at one of his 6 daily meals. His carbohydrate sources remained the same also, except his intake was curtailed so that we could continue to tighten him up with the 4 weeks remaining.

On most training days his carbohydrate intake would range around 250g-300g, and would only be slightly reduced on his off days. His "modified cheat day" was reduced to every other week. At this point cardio was also implemented at 30min. around 2-3 times per week.

I told you he only had to add "a little" cardio to get into contest shape. The changes at 4 weeks out still remained very minimal due to the fact that Justin can remain extremely lean year round because of his genetically gifted metabolism. He also added a few fat-burning aids at this point, which made any dietary changes very minimal. 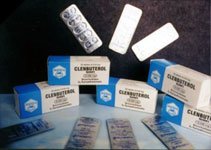 With the addition of Clenbuterol, and an extremely small dose of T-3, he was able to jack up his metabolism just enough that he wouldn't plateau and keep burning the remaining body fat on a very similar calorie intake.

Also, other pharmaceutical components of his contest prep were altered slightly in order to start flushing out the water and making his overall physique appear tighter and denser.

His training was still very heavy and intense at this point of his diet consisting of very heavy sets of 4-6, coupled with forced rep sets, drop-sets, super-sets and rest-pause sets. Basically, he was performing any training technique on his maximum sets that could bring his body past the point of failure.

By doing this it insured that he would lose minimal amounts of muscle if any during the whole 12-week phase. But at two weeks out his training style had to be revamped due to the up-coming carbohydrate depletion/carbohydrate load phase.

At the two-week out mark the main changes were basically dropping his overall calories slightly, dropping out any cheat meals and trying to get rid of the last little amounts of fat around his abs, lower back, and legs.

His portions of protein were reduced slightly to 40g-50g for 5 meals a day, and his carbohydrate intake was reduced from 300g-350g to 150g-200g. Every few days to avoid going into a depleted catabolic state we would add another carbohydrate meal to his daily diet.

His water intake was now drastically increased from 1-1.5 gallons to 2-2.5 gallons a day to begin for his carbohydrate depletion phase/carbohydrate load. At this point he would continue to get tighter on a daily basis, although smaller and depleted looking, he was still very, very tight and vascular.

Cardio was actually reduced at this point to one 30min. session on one of his off days so that he wouldn't lose any muscle tissue, and he was already so lean that the main goal at this point was to keep the look and still try to suck out the last remaining bit of adipose tissue and water. So the extra cardio wasn't needed.

Training still remained the same at this point, but the volume of the extreme training principles was reduced so that it wouldn't lead to a state of over training. His training would start with a heavy compound movement for 1-2 maximum sets, then his remaining workout for that body part would consist of lighter super-sets or drop sets with lighter weights.

The Final Week: Monday Through Friday

At one week out, moderate carbohydrate depletion begin. The reason why I use the term moderate is that Justin can deplete so easily that we had to avoid going into a catabolic state, so his diet had to be closely monitored.

His intake of carbohydrates was dropped slightly for the first few days, only 50g or so. The next three days (Wednesday, Thursday, Friday [not what I preferred, but I will go into that after]) they were dropped to around 100g or so to completely deplete the last remaining stores of glycogen within the muscle tissue.

Protein sources were switched to mostly egg whites in the morning, chicken and steak, and liquid whey after his workouts. Most of these meals consisted of 40g-50g of protein, split up over 5 meals a day.

His training at this point consisted of fast pace (for the cardio aspect, since he was performing no cardio) high volume training, with high repetitions to burn up any remaining glycogen. All of this worked to a T, and by Friday he was very depleted and looked stringy, but he was still very tight and vascular, which was good.

At this point in his prep we were almost ready to carbohydrate load. The only downfall of his prep was that he was only able to load from Friday night to the day of the show (Sunday), when we would have preferred to load Friday morning or (even better) Thursday night.

Even though we couldn't take the "optimal route" the whole plan went very well, and this is how Friday looked…

Friday-Sunday: The Depletion Workout, And The Carbohydrate-Load

When Justin arrived around 5 P.M. he ate a small meal of steak and oatmeal before heading to the gym to perform his last depletion workout before the contest. When we got there, he started with back (high rep, giant sets), followed by chest, shoulders, and arms.

When he got to arms he was starting to struggle with the 30lbs. dumbbells, at this point we both knew that it was time to go home and start loading. The plan he followed consisted of combinations of simple sugars, complex carbohydrates, small amounts of protein, and junk foods…here's the plan that I had laid out for him for his load…

** These two meals were spaced at an hour apart because of the big gaps between meals throughout the night.

Water was cut all day Saturday except for small amounts with his cereal, and also 4-5 sugar free Popsicles throughout the day.

After applying a few coats of tanner throughout the night, by Sunday morning he was almost ready for the stage. His appearance was very solid, but he still needed more time to continue to fill out. So after he weighed in, he consumed a big stack of pancakes covered with maple syrup, and a large T-bone steak.

This meal along with the other meals he had been eaten was consumed with very minimal amounts of water, to avoid spilling over. He was also not using any diuretics, which made the close manipulation of water all the more important.

This concludes the first series of this two-part article covering Justin Deprospo's contest preparation. In the second part, I will discuss the process of the show, what he ate, and also how he preformed and the end result of the show.

Also I will break down the phases of his contest preparation into an easier to understand format, consisting of diet, training, supplements, and also some pharmaceutical aids.

Contact Jon or Justin Deprospo at KAS1N0l3I30Y@aol.com if you are interested in personalized contest preparation or personal nutritional/supplement consultation.