Success leaves clues, and few bodybuilders have been more successful than four-time Mr. Olympia Jay Cutler. Check out some of the biggest training-room lessons he's learned along the way.

When you're an elite professional bodybuilder, you literally get paid to spend time in the gym building muscle. But in this sink-or-swim profession, you climb the ladder and make it big, or you end up searching for another way to pay your bills. You can bet a successful guy like Jay Cutler, who has been king of the bodybuilding hill as four-time Mr. Olympia, knows a thing or two about building muscle.

Even if you never dream of stepping foot on the Olympia stage, there's a lot you can learn from Jay's historic career. Success leaves clues, after all. So what are some of the most important lessons Jay has learned over his many years in the gym and on the stage? 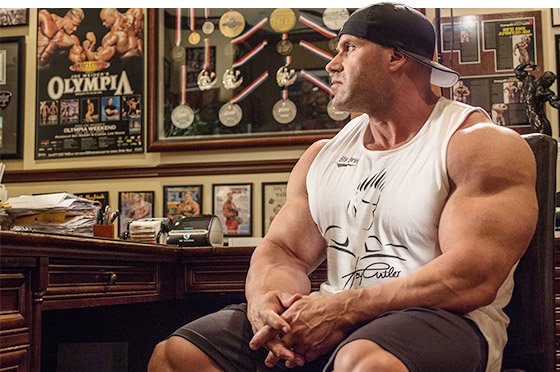 Even if you never dream of stepping foot on the Olympia stage, there's a lot you can learn from Jay's historic career.

We recently caught up with the Las Vegas transplant on the cusp of the Olympia's 50th anniversary.

As you'd expect, Jay's workouts are truly hardcore, and he boasts that few other pros can keep up with him. But it's not otherworldly poundages that separate Jay from the pack. In fact, Jay admits that he doesn't even know how much he can bench press. 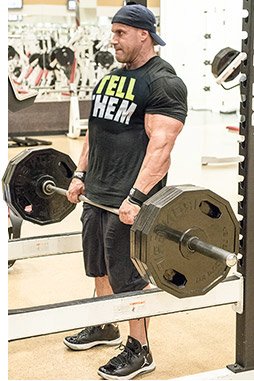 I judged [the effectiveness of a workout] by how sore I was afterward.

"If you're a bodybuilder, you shouldn't be concerned with how much weight you can lift," he told Bodybuilding.com. "Everyone's got particular lifts they're fairly strong on. Some guys can bench press tons of weight; other guys can't. I was one of those guys who could never curl a lot of weight, but I had almost 23-inch arms."

Attempting max lifts increases your risk of injury with no discernible benefits, says Jay. Instead, he chooses a weight he can lift for 8-12 reps. "For sure I could use more weight, but the focus when I was competing wasn't on building even more strength. I'm already pretty strong, but that wasn't the goal of my training."

So what yardstick did Jay use to measure progress? "People want to judge progress by how much they can lift," he says. "That's absolutely backward from what bodybuilding really is. I just wanted to train harder and harder each workout.

I judged [the effectiveness of a workout] by how sore I was afterward. At the peak of my career, I'd get incredibly sore. I mean I'd be sore for days and days and days."

Jay has also discarded another popular training characteristic many of today's bodybuilders pursue: going to failure.

In fact, in his 20-plus years of working out, he insists he's never trained to failure on a single set. While that may sound like heresy, hear him out.

"You can't do both high-volume and high-intensity; you have to pick one or the other," Cutler says. "I'm a 20-plus set guy. I'd do 20 sets no matter whether the body part was chest or biceps. It didn't matter. For back it was up to 30 sets. And 35 sets for legs. Your nervous system can take only so much abuse. 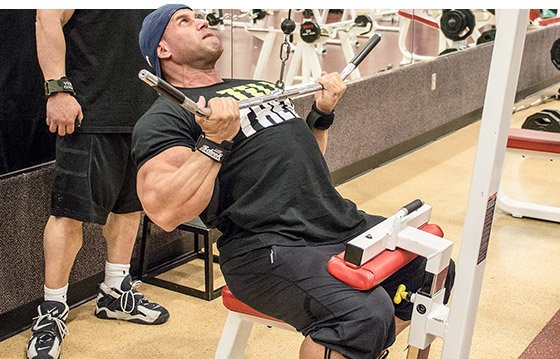 "You can't do both high-volume and high-intensity; you have to pick one or the other."

"For me, for anyone, doing high volume and training to failure—even past failure—is just too much. I never felt it was even necessary to even try a technique like forced reps."

Jay has followed this high-volume approach for his entire career, even as a budding bodybuilder, and he had immediate success with it.

"I've pretty much been doing the same thing for 20 years," he says. "Honestly, I don't do anything different. I stick with straight sets, nothing fancy. The reason is because it has always worked for me. I don't understand why I would want to change something that's working. I never incurred any significant injuries and I was continually making gains over the years, so I didn't see the need to change things up."

Though the Massachusetts native doesn't train past failure, don't confuse Cutler's approach with being easy. In fact, exercise science tells us that measuring an increase in overload is not limited to weight or number of reps; it can also be driven by shortening the length of the rest interval. And that's where Jay leaves his workout partners huffing and puffing.

"A lot of guys who watched my training videos thought they could keep up with me because I don't train past failure. They come here and train with me, but they end up gassing out. They can't keep up the pace. That's because my rest time is just 45-60 seconds max between sets.

It takes time to get accustomed to a rest interval of 60 seconds or less, but many bodybuilders ignore this particular training variable. Not Jay. When he begins his next set, he's still partially fatigued from the previous set, and that's his intention. Drenched with sweat, he rocks out set after set with minimal rest time. No matter. It's this relentless approach that sets the four-time Mr. O apart. 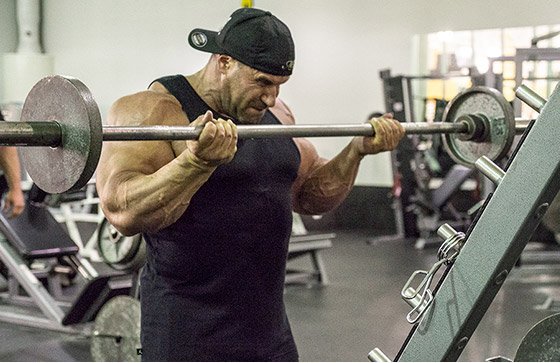 "It's about volume training, going in there and getting the muscle full, and damaging the tissue and then getting out of the gym so the process of repair can take place."

"Some of the golden-era bodybuilders, from Arnold to Gaspari, trained this way with very little rest between sets, and I really think that's what bodybuilding is about," Cutler says. "It's about volume training, going in there and getting the muscle full, and damaging the tissue and then getting out of the gym so the process of repair can take place."

Jay would argue this his training is as straightforward as it gets. "People complicate things too much nowadays; there's just too much Internet content. [A decade ago], we didn't even read the Internet as much. There were all sorts of misconceptions about what I was or was not doing, but to tell you the truth, I just trained harder than anyone else. I went to the gym and I absolutely smashed it."

If you want to smash it like Jay Cutler, check out his full Living Large training program. You can learn even more about training from King Cutler in this exclusive chest and calves session. Whatever you choose to do, do it with Jay's intensity and drive.

Follow Jay Cutler as he takes Kizzito Ejam through the first workout of Living Large. Implement Jay's pro techniques for more effective ways to build your own chest and calves!

This is your chance to lift, eat, and live like a legend. It's a master class in building badass mass. Step into the life of Jay Cutler and build your best body.