On Learning by Losing

Jay Cutler at the Olympia

I can't really figure or pinpoint what I learned the most from, but let's look at all my losses at the Olympia. Look at 1999, where I placed almost dead last. That was kind of a turning point. I said either I was going to quit, or I was going to move forward.

When I placed second for the first time, in 2001, it gave me more motivation, but it also gave me a realistic goal. Really, the biggest learning experience came from all those consecutive second-place finishes behind Ronnie Coleman. I had built a huge fan base, being the underdog, and I was very close to being the best.

I learned how to take control of a career that I never thought imaginable, and realized that I was becoming as famous as Ronnie at the time and becoming a fan favorite. There were so many variables that came into my thought process each day, week, and month as I continued to train to be my absolute best. I had a personal goal, and it became a realistic goal not only for myself but for people surrounding me—the fans, the sponsors, and everyone else involved.

On Achievement in the Weight Room

My workouts have been the same since I started training. My goal when I go to the gym is to have a great workout. When I started training, I didn't have this mindset of "I want to be a professional bodybuilder and become Mr. Olympia." I wanted to find a way out of reality, where I could take a break in my mind from the pressures facing any 18-year-old. 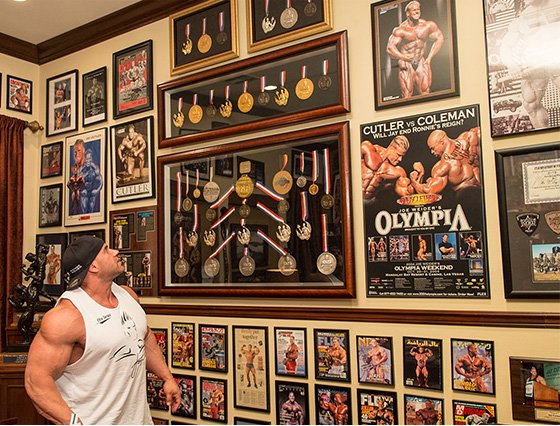 I used the gym as a type of therapy. It was a time where I could really zone in on the plates and not think about the decisions I had to make to change from a teenager to an adult. Am I going to succeed? Am I doing enough? Am I ever going to have a great job? I'm expected to do certain things by my parents and my family to "be someone," but am I going to fulfill those expectations?

I went into the gym each day with the mindset that if I could just be absent from all those questions during the time that I trained, then I had a sufficient workout.

On How He Trains

I go to the gym more now because I want to stay fit. I don't use it as a type of therapy as much anymore. Because, to be honest, I'm not as stressed out as I was before. I've been successful in everything I've done.

I used to use it as an escape, and I find there are other ways to do that now. I go out for dinner. I watch a movie. I have the freedom to be my own boss at this point, so I try to participate in many other things. Bodybuilding actually did restrict me. But now I can do so much more in my life than I could do at age 18. 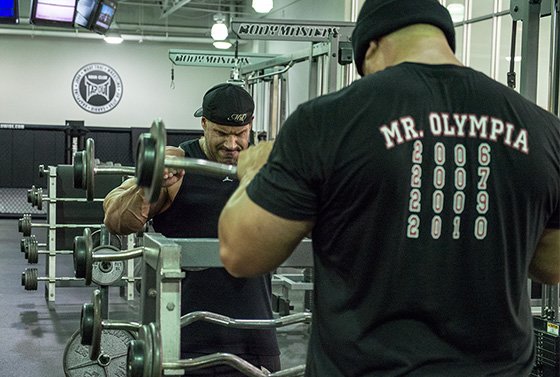 "I go to the gym more now because I want to stay fit. I don't use it as a type of therapy as much anymore."

My workouts last generally about 45 minutes, but on an average day I'll lift twice. I'm in the gym first thing in the morning at my home gym, and I commit at least 30-45 minutes there, and then I go to the gym later in the afternoon or the evening, depending on my workload and my travel schedule, and I'll hit the gym for about 45 minutes to an hour max.

I weigh about 260. At my peak I was about 300 pounds. Forty pounds of muscle—that's a serious size difference.

My goal is to slowly move my weight downward. I would like to be about 230 and much leaner and more slender than I am. [The last time I was 230 was] when I was 18, about six months after I started training. 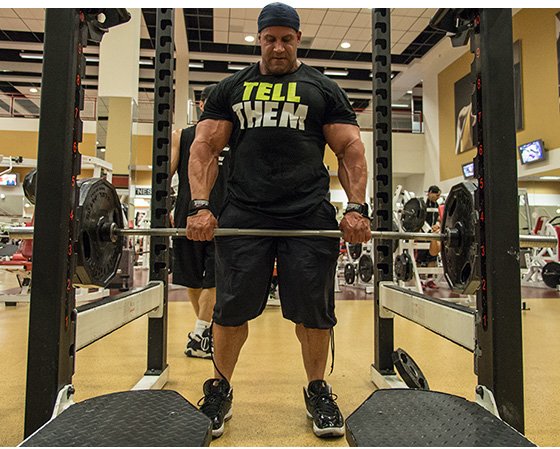 "For me, it's about slowly downsizing, but not to the point where it's anything drastic on the body."

Obviously my legs carry a lot of my weight, because the legs are one of the easiest body parts for me to build. So for me, it's about slowly downsizing, but not to the point where it's anything drastic on the body. I don't believe in doing any drastic things. I was a slow and steady gainer, and I want to come down slow and steady.

On Retirement Vs. Competing Again

I never say never anymore. Several times I've said, "I'll never do this again," and I've reneged on what I said because I just saw an advantage to do it again, or I just had the drive to do it again. Now I'm not driven to be a mass monster, that's for sure, but I'm always in striking distance of being comparable to what I was.

I miss the cheers from the audience. I miss that competitive drive that I had every time I trained for a show. One thing I love about my life is that it's been all about improving myself and improving others. That's what challenges are all about: overcoming obstacles. That said, as of now, I'm not looking to do that challenge this year.

I haven't officially retired from competitive bodybuilding, and I'm qualified for life for the Mr. Olympia. My expectations would be for the Olympia stage only, but I would still probably go through the lower process and qualify again to see if I was even at that level. 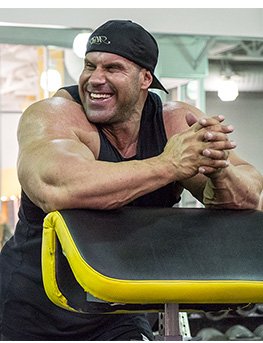 I don't feel 40; that's for sure. I live the life of a 25-year-old. I'm still traveling in a young man's business. I'm hip to a lot of different subcultures that appeal to that age bracket, because bodybuilding just keeps you younger. I'm not married. I don't have children. Raising children and doing what most 40 year olds do—it's not something now that I'm committed to.

I'm focused on business and trying to have the best time possible when I'm not working—enjoying my life. My perspective is that I'm going to take advantage of every day so I can say when it's all over and done with, that I lived it to the best of my ability.

What makes me laugh? Playing with the animals that surround me. My dogs, and the things they do, have always given me a lot of enjoyment and fulfillment. The time I look forward to is the time with them.

On What Bodybuilding Takes Away

It's the strain on the relationships and the family time that you use for your preparation, and at the gym, and on your meal plans. It's a very, very selfish road. You have to be selfish to be successful at anything you do—not just necessarily bodybuilding. Big business, professional sports, with the extensive travel schedule of competition, and the competitive nature, it's so much commitment. It tarnishes relationships, and it takes time away.

If you ask me, "What's Jay Cutler going to be doing 20 years from now?" I have no idea. I think day-to-day and week-to-week. If you asked me what I want to be doing next week, it's impossible for me to tell you. I may be sitting at home in Las Vegas, and I may be on a plane flying somewhere. I'm one of these guys who can decide to take a trip to Cabo tomorrow, and I'll just disappear for a couple of days. 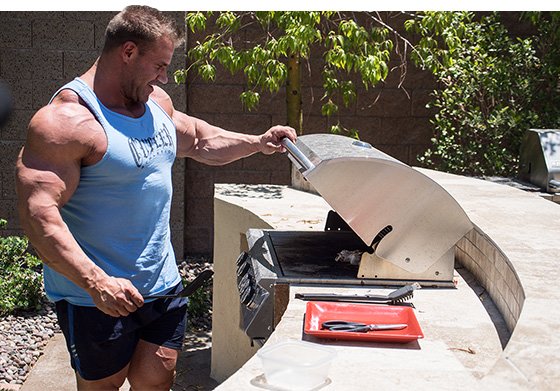 "I'm a free spirit doing what I want to do, and that's how I want it. Bodybuilding has given me that opportunity."

I don't really have to plan anything at this point in my life. I'm a free spirit doing what I want to do, and that's how I want it. Bodybuilding has given me that opportunity. I always said that when I retired, that's what I wanted.

Great bodies are made in the kitchen! Get inspired to make your own fit food with these 15 awesome Instagram posts.

It's motivation time! These 18 ripped physiques will make you want to hit the gym and destroy your workout.