Glutamine and creatine are two of the most common amino acid supplements in sports nutrition today. I highly encourage you to take another look at these old timers of sports nutrition.

Glutamine and creatine are two of the most common amino acid supplements in sports nutrition today. They have been talked about for nearly two decades (there is research on glutamine that dates back as early as the 1970s). Claim after claim has been made for these two ingredients leading to widespread knowledge and consequently widespread myths. So before you stop reading and decide you know all there is to know about creatine or glutamine, I highly encourage you to take another look at these old timers of sports nutrition. As more and more research is revealed on the benefits of glutamine and creatine we are discovering in greater detail the actual processes they are involved in when it comes to performance and why they are so important in our quest to reach our physique enhancement goals. 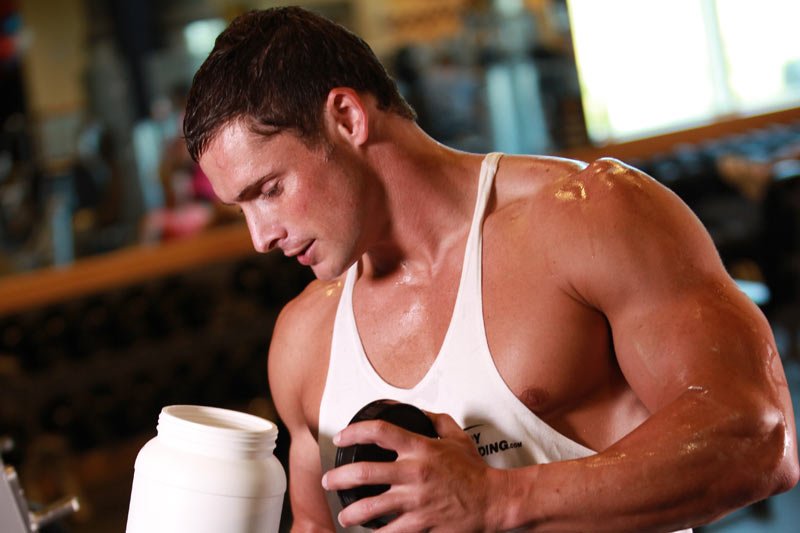 Before You Decide You Know All There Is To Know About Creatine Or Glutamine, Take Another Look At Them.

Let's first start with the personal favorite of many lifters which is creatine. This article is not for debunking the myths behind creatine; however it is intended to allow you to see creatine in a different light in terms of its muscle building potential. There are tons of articles already on creatine myths. In case you missed them, here's a few: Creatine does not require a loading phase6, it is counter acted by caffeine7, it is effective for explosive bouts of excercise8, and its proven to increase muscle mass without side effects when taken properly9.

Now let's talk about some of the things creatine has been shown to do that you may not know of. If you've heard of myostatin, than you know that it is a protein in the body discovered in 1997 that is responsible for regulating muscle growth by inhibiting it to prevent overgrowth. Based on genetics, there are myostatin levels that vary from person to person that can cause one person to be a world class bodybuilder and the other a hard gainer. Creatine (like glutamine mentioned earlier) had also been used in hospital settings to help battle atrophy (muscle wasting) in patients. What was unclear was the actual pathways creatine was involved in that aided in muscle gain. Everyone knew that creatine helped to increase strength, but was the increase in strength what lead to the gains in muscle? Or was it something else?

Researchers from Tarbiat Modares University discovered that when combined with resistance training, creatine actually helped to inhibit serum levels of mysostatin10! This research came as somewhat of a surprise, but the reason was quickly accepted by many that myostatin also works by inhibiting satellite cell formation. And back in 2000, researchers from the University of Wisconsin Medical School discovered that creatine does the exact opposite of that11. Satellite cells are myogenic cells responsible for postnatal growth and regeneration of skeletal muscle12. Stimulating these cells through training and supplementation is of the upmost importance for lifters looking to build muscle.

Another important capability of creatine is its effect on recovery from high intensity exercise. I've heard of bodybuilders neglecting the use of creatine in the past because they weren't lifting for strength or power lifting. They felt creatine was only effective for increasing strength (which as you've read so far in this article, is only part of what creatine does) and it had no place in their 8-12 rep high intensity bodybuilding program. It has long been tradition in many bodybuilding programs to use short rest periods, and because creatine takes upwards of 2 minutes to regenerate, some ill informed bodybuilders have not seen it as a necessary supplement in their regimen. Well research begs to differ. High intensity anaerobic exercise is notorious for depleting muscle glycogen because carbohydrates are the main source of fuel for high intensity activities.

Bodybuilders consume carbohydrates post exercise along with their protein to refill their depleted muscles stores of carbohydrates so they can return to the gym and lift with the same intensity. Bodybuilders may notice however that when they do heavy multi-joint lifts (like the squat, or the deadlift), or they lift at a slower pace, it takes them longer to recover. This is a result of the eccentric (lowering movement) phase of the lift which causes more muscle damage and inflammation. Many experienced lifters know this already, but what they may not know is that eccentric exercise also impairs glycogen replenishment13!

Yet low and behold researchers from the Exercise Physiology and Biomechanics Laboratory of Katholieke Universiteit Leuven in Belgium discovered that supplementing with creatine helps preserve muscle glycogen by increasing creatine utilization during exercise14 (the researchers used 5g of creatine a day with no loading phase). In case you were wondering if creatine cycling was a real issue, the researchers found out the hard way as the increase in muscle glycogen they noted vanished after 5 weeks despite continued creatine supplementation. So cycling on and off creatine during your training cycles is still a good idea. 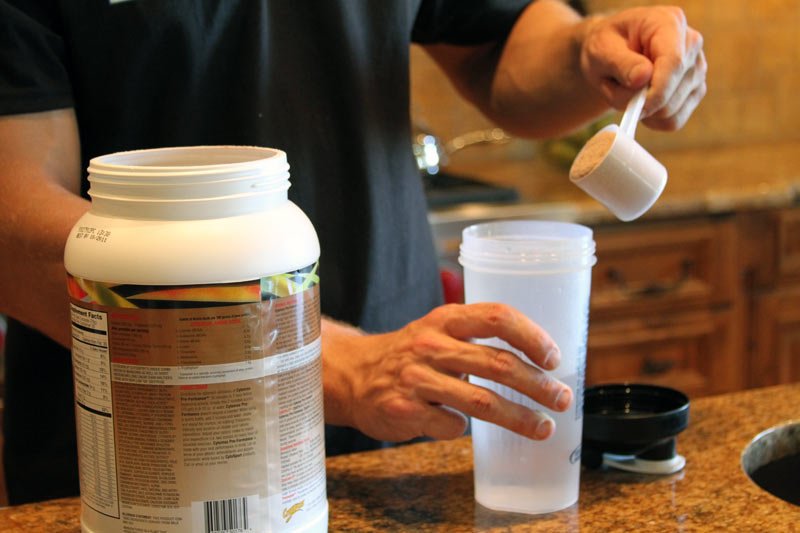 Cycling On And Off Creatine During Your Training Cycles Is Still A Good Idea.

Now let's take a look at glutamine, its importance to the body as an amino acid is unquestionable and nearly unmatched by any other single amino acid. We will talk about the research to support this in a second, however, we must first talk about the instances in which glutamine supplementation is most effective before my hardcore lifter/supplement guru audience stops reading. The reason I say this is because there is a lot of research to support the fact that glutamine supplementation in many instances is unnecessary. You will still find the amino acid in almost every recovery supplement because of its proven anti-catabolic effects which are important post exercise. However, it is not an anabolic amino acid and will not be of much support in building bigger muscles or increasing strength1.

However, the same research study that made these findings still couldn't deny the amino acids ability to prevent muscle breakdown, "[glutamine]...... may suppress a rise in whole-body proteolysis during the later stages of recovery." Also, to go along with what I stated earlier about recovery products including glutamine, quality protein powders either have glutamine added or naturally occurring which would further seem to reduce the benefit of added supplementation. So the question now is what happened to all that research that was done to show its benefits for the immune system and preventing muscle wasting? The answer: this research was done on hospital patients and aerobic athletes.

What does this mean for us? It means that those who will benefit from stand alone glutamine supplementation the most are those who have a caloric deficit and at risk of muscle wasting (similar to a hospital patient who is at risk of muscle wasting) and those who are aerobic athletes who do not have the protein requirement of a power lifter or bodybuilder. However, for every bodybuilder who is ready to shun glutamine listen up; glutamines ability to promote glycogen storage and promote glucose synthesis independent of carbohydrates2,3 makes it a bodybuilders dream in terms of insulin control while dieting. And for any athlete looking to optimize his/her training, supplementing with glutamine will ensure you get the most of your glycogen stores while optimizing performance and recovery.

It can be especially useful for those athletes who are dieting for a competition (anyone who needs to meet a weight class in individual sports) and are limited in calorie intake. Now let's take a look even further into the glutamines benefits to dieters; because of its ability to form glucose as shown in the studies it can actually curb dieters' cravings for carbohydrates. Then there's the age old question for bodybuilders who push themselves to the limit at the expense of their immune system; "to train or not to train while I have a +100 degree fever? That is the question". Philip Newsholme from the Department of Biochemistry from the Conway Institute for Biomolecular and Biomedical Research analyzed the cells of the human body which were responsible for the immune system response and how much they relied on glutamine4. This is the reason for the positive results it has when used for the purposes of recovery and it can become extremely important for bodybuilders fighting sickness that attempts to stifle there training. Every gym rat has a personal testament or knows someone who was in the middle of a great training stretch before losing their hard earned muscle due to sickness.

So next time someone's bashing glutamine, just remember, while the research discredits its use for certain purposes that doesn't take away from the fact that it is the most abundant amino acid in the body and it's involved in so many biological processes that in a study done on HeLa cells (immortal cells that were created in the 1970's) scientists discovered that the cells themselves could run on just glutamine5! So it's not that supplementing with the amino acid is a lost cause as some would have you believe; the problem is that glutamine supplementation fits for specific needs/situations.

After spending a lot of time with the team strength and conditioning coach Dustin fell in love with exercise physiology. Here's more for fitness!