It's probably safe to say you're not getting enough fiber. Almost nobody is. The answer could be as simple as integrating a few of these tasty and fiber-packed foods into your diet!

Have a seat, my friends. I've been meaning to talk to you about something. How do I put this delicately? I'll just come out with it. You have a problem with the F-word. That's right: fiber.

Save your backtalk and your "It's cool man, I'm regular! I drink 10 cups of coffee a day!" for someone else. You should know by now that fiber isn't all about pooping. It's about health. A high-fiber diet helps you control your blood sugar, feel fuller for longer, have better control over your weight, and lower cholesterol levels. And yeah, it's crucial for your digestive and bowel health, too. None of this is open for debate.

I saw what just passed through your mind. A scoop of psyllium husks in your shake will get me off your back, right? Please! Only if you're ready to start wearing socks with sandals and watching Matlock reruns. Do you know what fiber supplements do? They give you more fiber. Do you know what eating a higher-fiber diet will do? Give you more fiber, plus plenty of other nutrients. The choice is clear.

You know I'm right. Now get to know these six fiber sources you've been neglecting.

Pears often go overlooked; most people opt for apples or oranges instead. Why is this? Maybe it has to do with their relatively short shelf life. Once you've seen a few pears go bad on your watch, it can be hard to commit to another one. Or maybe it's just that we've begun to associate pears with the term "pear-shaped," which nobody wants to be. In either case, the apple's more tender friend deserves a second look. 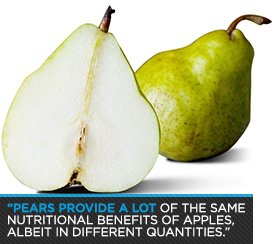 Pears provide a lot of the same nutritional benefits of apples, albeit in different quantities. They have slightly more fiber, at around 6 grams apiece, plus decent amounts of vitamin C and potassium. But as is often the case with fruit, that only tells part of the story.

Pears contain a wealth of phytonutrients that support general health, help to protect against free radical damage, and can help to decrease inflammation in the body.

What's the only downside? You can't simply toss a ripe pear into your bag next to your smartphone and hit the trail for a vigorous hike, because a fair amount of the former will inevitably end up smeared on the latter. Pears always have, and always will, require a more gentle touch. This is no reason to kick such nutritional powerhouse out of your life!

What's a dried plum, you ask? Um, yeah ... it's a prune. But in the last few years, distributors have been pushing to change the name, because if there's anything that says, "Eat me to help you go!" it's the word "prune." 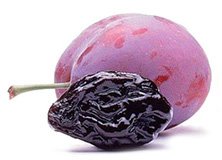 This is too bad, because prunes have a lot going for them. Yes, they've got a lot of fiber—12 g per cup, which is almost a third of the RDA for men, and nearly half for women. But they're also a potent antioxidant, and they can help you better absorb the iron you consume. Anyone who suffers from iron-deficiency anemia will want to take advantage of this benefit.

One other thing that has gotten overlooked about prunes over the years: They're delicious! A sun-ripened prune is sweet like a raisin, but larger and moister than most dried fruit you're used to. Don't bother with the juice; just get a big bag of plums and snack on them through the day.

What's on the menu this week? Brown rice, sweet potatoes, brown rice, whole grains—wait, where are the frijoles?

No matter the variety—pinto, kidney, black, navy, or some other variety—beans are your friends. They're a terrific source of complex carbohydrates, but are also packed with protein, potassium, iron, and yes, fiber. (I'll spare you the song.) 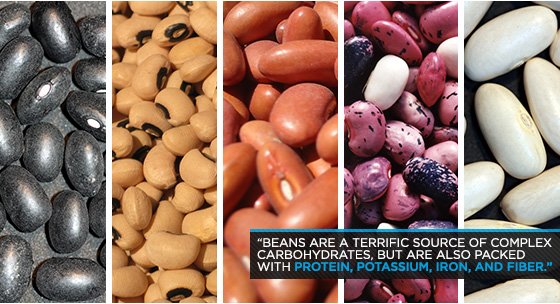 While black beans are the variety that most often earn the label "superfood," the truth is that almost all varieties make unique nutritional contributions. Navy beans pack a wallop of fiber at 19 g per cup, and they have as much protein as their darker cousins to boot. Kidney beans are packed with iron and folate, among many other important micronutrients.

One of the most unheralded benefits of beans, though, is their convenience. No, really! If you have a slow cooker, you can make them from scratch (which is best for both sodium content and taste) without much work. Just set them, forget them, and then freeze them or use them right away in burritos, beans and rice, soups—no matter what you choose, it's a good addition to your diet.

If beans aren't your thing, or if you're just feeling beaned out—which happens after a while, I'll admit—split peas are a fantastic alternative. They have a similar macronutrient breakdown to navy beans, and are rich in manganese, folate, B-vitamins, potassium, phosphorus, and a range of other important nutrients.

Wondering what to do with them? I have five words: split bean and ham soup. It's a simple, almost foolproof dish that freezes well and is presentable for company. Just head down to the meat shop and get one of those immense ham hocks you probably thought were just dog treats. You won't regret it.

Oh, and the fiber: split green peas are packed! A cup contains 16 g, along with a matching 16 g of protein.

The prevailing nutritional winds may have led you to believe that flour is equally evil in all forms. Not so! Look around in your local bulk section, and you'll find that the gluten-free movement has led to an explosion of interest in flours made of everything from garbanzo beans to quinoa. 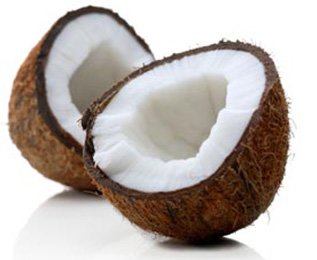 Many of these are healthy enough that it's absurd to classify them under the same name as that white, bleached, nutritionally useless powder they use to make white bread. Coconut flour is one of these new standouts.

What's so special about coconut flour? Let's start with the fiber: a massive 24 g per quarter-cup! That's not a typo. That same tiny serving also contains 6 g of healthy fats and 8 g of protein.

Compare that with regular flour, which provides 3.2 grams of protein per quarter cup serving along with a measly 0.8 grams of dietary fiber. This nutritional profile makes coconut flour a great flour alternative for those who are on a low-carb diet plan, because so many of its carbohydrates come from fiber.

Coconut flour also has a unique taste that complements many baked goods, so it's an excellent substitute not only for health, but also flavor. That said, if you're not used to a flour with such a distinct flavor, you can also mix coconut flour with another healthy flour to provide a blast of fiber and nutrients. With something this healthy, it's hard to go wrong. 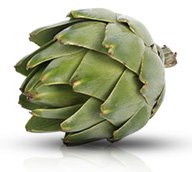 If the only time you cross paths with artichokes is in some restaurant's crab and artichoke dip, you might have trouble believing that it can have any health benefits. Artichokes may look kind of prickly and uninviting in their natural form—they are a variety of thistle, after all—but you'd be hard pressed to find another food that packs so much fiber and nutrients into so few calories.

One boiled or steamed artichoke contains only 64 calories, but offers 10 g of protein as well as a wealth of vitamins and minerals including folic acid and other B vitamins, vitamin K, and potassium. Unlike many other healthy vegetables, an artichoke doesn't end in a bland, mushy mess after boiling or steaming, and its unique flavor and appearance makes it a great choice when you're entertaining guests. But consider yourself warned: most people prefer to dip the leaves in butter when they eat them!