College courses in exercise and sports science opened a new world to Nasir. Use the knowledge he obtained to build shredded muscle with multiple conditioning disciplines!

My family unit consists primarily of women and fitness was hardly promoted. Many members of my extended family suffer from illness due to poor nutrition and inactivity. I wanted to break the tradition.

At age 15, I had a strong desire to get big because I got beat by opponents in high school wrestling. I signed up at the gym a year before and watched people train to understand the vibe. I really enjoyed it but couldn't stand being so far away from my goals. I weighed 117 pounds with 14 percent body fat at 5-foot-7.

Eventually I gained decent size. I weighed 143 pounds but increased to 16 percent body fat by February 2012. I wanted to be fast and mobile and was introduced to combat sports after I improved in wrestling.

At this time, I left high school to study biology in college and learn more about the body, but I was taught about plants instead. I changed my degree to exercise and sports science in my second year and am pleased with the decision.

I joined local Brazilian Jiu-Jitsu and wrestling classes and did lots of strength and conditioning, which included calisthenics, plyometrics, and core work. I got ripped, felt stronger than ever, worked on my genetic strong points, and my love for sports science and human performance grew immensely.

I spent my summer holiday qualifying as a personal trainer, but realized I wanted to further my knowledge and rank and became a specialist personal trainer by age 18. I'm back at college for one more year of sports science at Islington College before attending St. Mary's University, which is one of the best in England.

Many people thought my passion was an obsession with a hopeless and worthless subject. Now they see me as a focused individual with ambition who cannot be swayed.

I was getting work experience as an optician and was given an opportunity to work in the field part time. I took advantage of the opportunity, stopped asking for pocket money, and received a gym membership, which allowed me train daily.

I eventually lost the motivation to train in a gym environment and it became boring. I started MMA conditioning and learned to train with weights that aided my performance in combat sports. I was dumbfounded when I realized how much more I could do with a barbell and simple equipment. I started strength and power training with compound movements. I found a way to stay strong, gain muscle, remain agile, and be flexible.

There were many haters and doubters at first. I was mocked for carrying a gym bag, but it slowly decreased and the individuals started asking me for advice. There are many who still frown on my path. There's much more to prove. I'm only getting started. 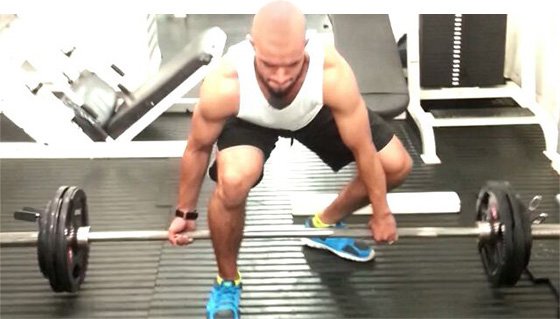 "I was dumbfounded when I realized how much more I could do with a barbell and simple equipment."

My inspiration started with Kris Gethin and Kelechi Opara, who have amazing physiques and training philosophies. Their videos were motivating. I downloaded almost every video from Kris Gethin's 12-Week Hardcore Trainer and watched them in one day.

Academics fascinated me when I entered the sports science world. That's when Dr. Jim Stoppani became my inspiration. His academic credentials and physical achievements made him an ideal role model.

I became slightly obsessed with Paul Chek, who is passionate about holistic health. His theories dazzled me and made me look into fitness deeper. The most inspirational athletes to me are Georges St. Pierre, Jon Jones, Rich Froning, Ray Lewis, Kai Greene, and Michael Jordan.

Remaining consistent with my diet is the most challenging aspect due to family and cultural habits. I decided to cook my own food in bulk every weekend so I have no choice but to finish it throughout the week.

I manage fitness pages on social media that help others get motivated and inspired. I offer advice whenever I can. I love helping people who want it. I just started Olympic lifting to see how it helps my power for combat sports.

I want to become a unique trainer who helps people in all aspects to live healthy and focus on their mental wellbeing. I also want to work in exercise physiology, psychology, or in the strength and conditioning field. 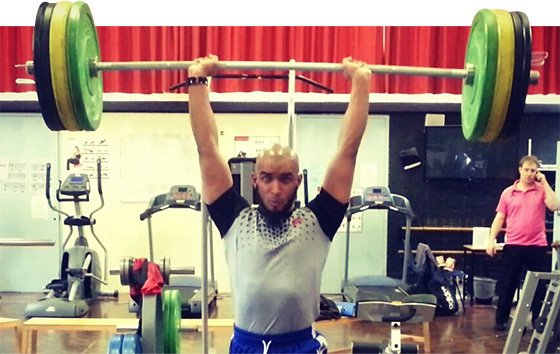 I found Bodybuilding.com, watched many tutorials, and added many exercises to my knowledge bank. Kris Gethin and Jim Stoppani's programs helped me put on more muscle than any method before.