Inspired by both his fire department lieutenant and his little girl, Charlie Keller won the BSN Transformation Challenge and became a ripped work of art.

Charlie Keller, a professional firefighter and proud father of a two-year-old girl, is no stranger to fitness. The 26-year-old first-degree black belt has been a competitive martial artist since 1992, winning hundreds of trophies and plaques. 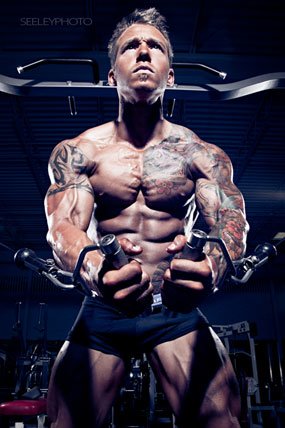 The gym didn't become a high priority until Charlie walked onto the Colorado State University campus in 2003. Charlie weighed less than 150 pounds and found himself mimicking people in the gym with physiques he coveted. The result: little in the way of results.

Charlie eventually grew bigger, but not in a good way. By the time his daughter was born in 2009, he weighed 190 pounds. In 2010, thanks to the encouragement of his lieutenant at the fire department, Charlie discovered BodySpace and decided to change his life.

Using Bodybuilding.com for all of his nutrition and supplementation needs, Charlie joined with trainers Cameron Bodner and IFBB Pro Tracy Bodner. With proper guidance finally at his disposal, Charlie saw his body fat drop from 12-to-6 percent. Now a ripped 178-pound firefighter, Charlie wants to rise to new heights - like becoming an IFBB pro!

At the moment, he has an even higher mission in mind: passing his healthy lifestyle along to his daughter. 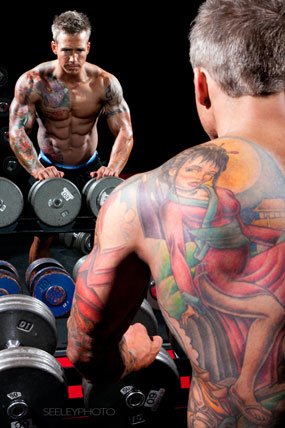 To win the BSN Finish First Transformation Challenge, Charlie's transformation regimen was no dirty bulk. He didn't focus on gorging himself with carbs and calories. Instead, he kept his daily calorie intake between 2000-2500 and let his daily carb total hover between 125-150 grams. Charlie used Dymatize Elite Whey Protein for the convenience and to feed his muscles throughout the day.

With his morning protein shake, Charlie took NOW Co-Enzyme B-Complex, NOW Calcium & Magnesium and Optimum Nutrition Fish Oil pills to give his body a nutritious foundation to build on. Charlie mixed Optimum Nutrition Glutamine, BCAAs and five grams of Creatine Monohydrate into an intra-workout drink, which served as his ultimate recovery supplement.

Charlie capped his day with another Dymatize Elite Whey Protein shake to support his body while it fasted at night and to curb muscle breakdown.

This is the show I competed in the day before my 12 weeks for the BSN contest was up.