Elmer struggled to adjust after he left the Army. The military structure he needed was gone. He replaced it with weightlifting and made a remarkable transformation!

After completing my service with the Army in October of 2004 (One tour to Iraq April 2003 to April 2004) I hopped from job to job aimlessly and only hit the gym occasionally, never accomplishing anything.

The loss of the camaraderie, discipline, and lifestyle took its toll on me emotionally. I avoided my emotions by consuming large quantities of food (the worse it was for me the more I ate). Alcohol and drugs became occasional but devastating binges. At times I would spend an entire week straight in bed.

In December of 2009 I was hospitalized and diagnosed with a major depressive disorder. In April of 2010 I was placed on a disability pension (not working for the first time in my life made the depression worse). Having no emotional support from my family (except an occasional telephone conversation with my brother) I continued to wander aimlessly through life.

In late October 2010 a switch clicked in my head, bringing my passion for working out back and on November 1st 2011 I began to record my journey back to health and wellness (physically and mentally). My return to the gym has saved my life. 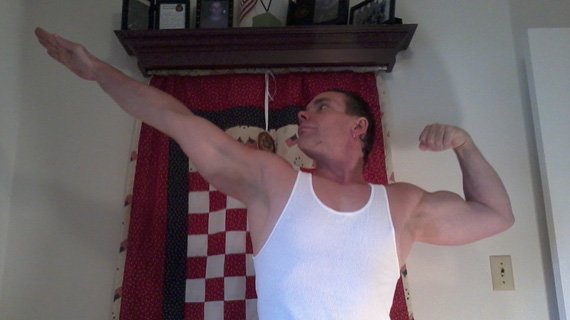 Military structure worked for Elmer, but once he retired, it became hard to adjust. Fresh dedication to fitness revived his life. 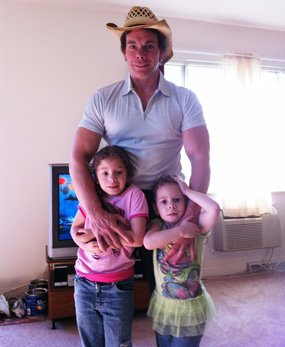 My first 2 months were focused on dropping fat. I walked to the gym to burn extra calories and performed cardio before and after my workout. Monday was weigh-in day. I had (and still have) a dry-erase board in the bathroom.

I set goals and recorded my weight as well as the measurements of my neck, chest, belly (at the navel), arms, thigh and calf. Tracking my progress allowed me to adjust my cardio and/or my strength training as needed. Seeing the gains I was making and achieving weekly goals motivated me to keep going.

The second two months I continued to walk to the gym but only performed one cardio session prior to the workout.

My diet was/is the strictest it had ever been in my life. I measured every portion of food that went in my body and I ate at regular intervals.

I also used a nutrition app on my phone to record calories in and out as well as total protein, carbs and fat. I have dropped 9" from my belly while maintaining the size on my arms, legs, calves and chest.

The keys to my success to this point have been:

Dropping nearly 40lbs I feel great physically and mentally. I look forward to working out and hitting those goals. Get Lean, Get Big, Get Healthy!

Please remember, depression is a serious illness that can lead to overeating, alcoholism or drug abuse. Just because you don't see a physical injury or illness it does not mean someone is not hurt mentally. If a friend or family member is suffering from depression do not turn your back on them. When they are at their worst, they need you the most.