In the quest for a ripped and balanced physique, this book is what you have been waiting for. Get expert tips on training and supplementation to obtain the perfect physique. Download your free copy of this muscle-building program ...

Triphase Training is a 3-phase workout program designed to add overall mass to your body. Each phase is three weeks long and targets a specific training variable. In addition, Triphase Training contains workouts created specifically to bring up lagging muscle groups, which are to be used after completing the 9-week Triphase Program.

The workout routines in this book are based on data from scientific literature as well as anecdotal feedback and results. These routines have not only been validated by science, but they have also been notarized by myself and many of my clients who have added quality mass to their bodies and made their former "weak points" into one of their most-bragged-about body parts.

As bodybuilders and physique enthusiasts, we strive to create a symmetrical, proportional physique. During the quest to build such a physique, it is common to have muscles that lag in development compared to the rest of the body.

Click Image To Enlarge.
We Strive To Create A Symmetrical
Proportional Physique.

In order to bring these lagging muscles' development up to match the rest of the body's development, they must receive focused, intense training. This book will lay out training routines specifically created to bring up lagging muscle development.

In the quest for a ripped, striated and balanced physique, this book is what you have been waiting for to receive expert tips on training and supplementation strategies to obtain the perfect physique. 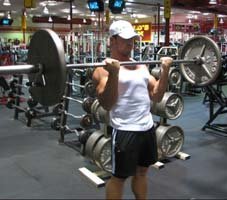 Click Image To Enlarge.
This Book Is What You Have Been Waiting For. 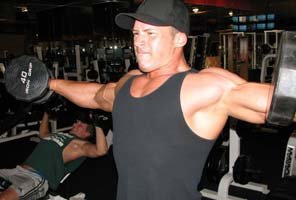 Click Image To Enlarge.
Focus On One Or Two Muscle Groups.

That is not to say that one cannot increase the size of all the muscles groups at the same time, but these routines are specifically designed to bring up lagging muscle groups. Also, prioritizing too many muscle groups may lead to fatigue and overtraining. With that said, on to HYPERTROPHY!