Avoid The 5 Deadly Sins Of Fitness!

Don't let the momentum you've achieved suddenly turn against you. Here's how to keep the gains going strong.

Avoid The 5 Deadly Sins
Of Fitness

Dang, you're feeling good in the gym.

A million bucks is chump change next to how you feel. You, and not the gym owner, own those weights. You're not Russian, but Ivanko might as well be your last name.

Yes, it feels amazing to succeed in your bodybuilding endeavors. It may even feel as if you can do no wrong.

Those feelings and thoughts are why you must read this. The fact is you have worked for a long time to reach this point. Momentum can be very motivating, but it can also be a hazard. 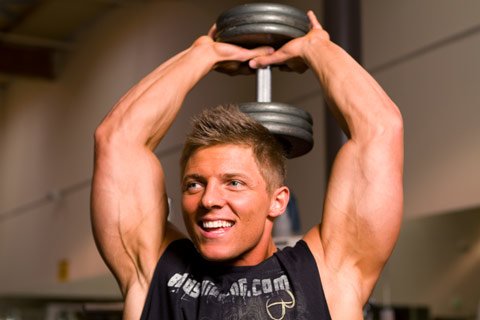 Click To Enlarge.
Sure, it's all rainbows and sunshine now,
but could you fall from grace?

That is, if you allow it to become one.

Here are the ways momentum can boomerang on you, and how to avoid getting smacked:

1. Cheating On Your Diet Too Early

Hard work deserves to be rewarded. At work, maybe you get a bonus; when it comes to fitness, the reward is often a cheat meal. Be careful, though. Even if it's a just dessert, when you put that cheesecake in your mouth, you may be shooting yourself in the foot.

Having a cheat meal before the end of your journey only extends the journey It'll also remind you of what you've given up to come this far, which may lead to giving in to temptation. One slice of pizza can lead to two, and then three...and next thing you know the Domino's guy is calling you bro every time you open the front door.

Instead: Think about how much more rewarding it will feel to celebrate at the end of your journey, once you've reach all of your goals. Click To Enlarge.
To the victor go the spoils—or the spare tire if you're not careful.


2. Going To The Gym Too Often

If 30 minutes of cardio is good, 45 must be great, right? Maybe doing arms twice a week instead of once will make them twice as big. Any of these thoughts sound familiar? Well, the best thing you can do is to banish them from your mind.

Training is when you're actually breaking down muscle fibers. Even though muscles look bigger after a workout because they're pumped, the new size becomes permanent growth because of the dietary decisions you make after training. Going to the gym more often can lead to injuries. Your muscles aren't recovering enough; they're constantly being torn down.

Instead: Feel like you're not doing enough in the gym? Make sure you're taking each set to complete failure. Add intensity boosters like drop sets, supersets, or partials. When you finish training session, you'll feel confident the workout took everything you had. 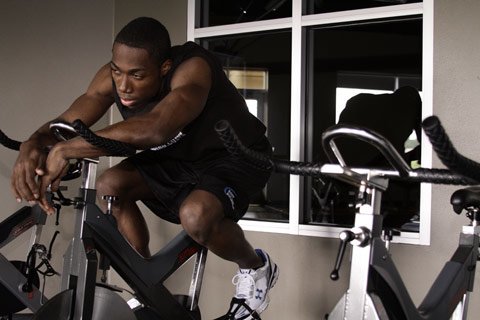 Click To Enlarge.
This man was once highly motivated. Now, not so much.

Ever heard the phrase, "If it ain't broke, don't fix it"? Well, if you're seeing results in the gym and on the scale, why make major changes to your plan? You have a strategy that's working.

As long as you can see the digits in your training log changing for the better, stick with it and be confident that your progress will continue.

Instead: The only times you should consider change is when you're changing goals or if you haven't seen success over a period of several weeks. Then and only then should you look at your plan and decide if it's time to do something different.

Bodybuilding is about more than following a nutrition plan to the T and going to the gym X number of times during a given week. Your body isn't the only thing that has to meet the commitment; you have to keep your head in the game, too.

"If the mind can conceive it, the body can achieve it," they say, and it's true.

Instead: Keep your head in the game. Visualize the workouts and seeing even more progress than you already have. Achieving the right mindset got you here in the first place. Stay focused. 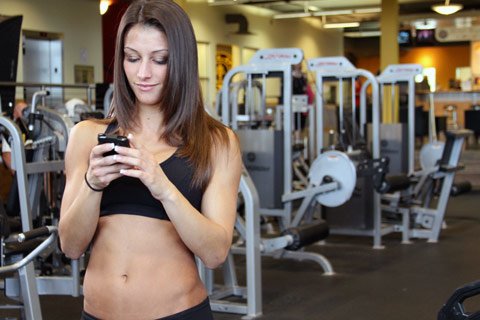 There's confidence, and then there's arrogance. Success can lead to arrogance quickly if you aren't careful. That arrogance can flow into other areas of your life and rub people the wrong way. Those people may include the very people who supported you from the beginning.

Arrogance can cause you to lose the support you've enjoyed as well as your momentum. As great as shaping up can be, it's much more meaningful when you remain humble and willing to share the benefits with those that helped you along the way. You're inspiring others to do what you're doing, whether directly, by advising them; or indirectly, as they watch how you conduct yourself.

Showing cockiness or arrogance can make someone think that all of the guys in shape act like that. They may even change their mind about doing this.

Instead: Represent properly and don't let your confidence spiral out of control.

Top 10 Workout Mistakes And How You Can Avoid Them!

10 Mistakes Beginners Make: Leave Your Ego At The Door!