Ask The Super Strong Guy: How Do I Get Pumped To Hit The Gym?

If you're working hard day after day, you're bound to have those workouts where you're just not feeling it. Learn how to get pumped!

I'm having a hard time getting motivated to hit the gym. What can I do to get myself pumped?

We've all had days where we didn't want to even think about training. Sometimes, even if it's not a struggle getting to the gym, it's hard not to leave a few reps or an set unfinished once we're there. There's no use denying it, because these days are simply part of a hard-training life.

One solution is to rest more. Yeah, you've heard that before. If that's not going to cut it for you today, here are my tips for getting your head in the game.

Related Video Guide to Gearing Up!
Watch The Video - 09:11

There are a lot of great pre-workout products out there, but let's be straight. They're not for everyone, and even if they work for you, your workout plan shouldn't depend on taking them every single time you hit the gym. Like anything else, it's good to keep your options open. 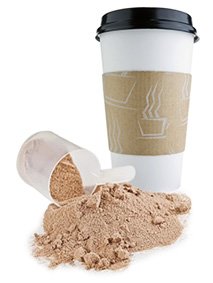 I know that guys who have manual labor jobs, or who just work hard at stressful jobs in general, tend to feel foggy when they finally get to the gym. One thing they tell me works well for them is acetyl L-carnitine, which is a substance involved in cellular metabolism. I've used it as well, and it helped boost my mental and physical energy.

More traditional pre-workout stimulants can also be effective. These usually include creatine, arginine, beta-alanine, and caffeine, as well as vitamins, minerals, amino acids, and carbs, although this varies formula-by-formula. The result can be a surge of focus, energy, power, and strength. The product that I use is MusclePharm's Assault. Full disclosure: They're my sponsor, but I still think it's a fantastic pre-workout.

Pre-workouts don't work nearly as well if you misuse them, though, so I suggest that you use them cautiously. Try not to use them all the time, or, just use them during really heavy days. You can also try cycling them. Take the product for three weeks or so, and then back off. You don't want to become dependent.

2
Eat Something, Don't Just Drink Something

If you're not into supplements, there are natural ways to get a boost before hitting the gym. The biggest is food. If you're going in there on an empty stomach and trying to hit a heavy deadlift, you're setting yourself up to fail. Get some good protein and complex carbs in your gut before you pick up a barbell.

Try to avoid simple carbohydrates before training. Energy drinks are the worst offenders here. Sure, you get a nice ramp up from the caffeine and sugar, but as soon as the sugar rush starts to falter, probably midway through your workout, you crash. Even worse, the sugar stunts the body's ability to burn body fat during a training session. Unless you go with low-carb or sugarless options, leave these in the vending machine.

If you're looking for a simple liquid pre-workout, there's a simpler one you can make yourself. Hit a coffee shop and get yourself a giant iced coffee. Mix in a scoop or two of protein, and voila! There's 30-40 grams of protein, BCAAs, and glutamine to help with muscle-building, and caffeine to give you a boost.

This is a mental game, not just a physical one, and there are many ways to play. So mix it up and don't be afraid to widen your definition of "PR."

Dan Green, a world-record powerlifter, told me that he likes mix it up by setting rep records in addition to weight records. Professional strongman John Anderson said the same thing. These guys will do something like 500 pounds for 5 reps one week, and then try the same weight for 6 or 7 reps the next week. They switch up weights and do a single, a triple, or go back to sets of 8. The point is that they stay open-minded and look for new ways to challenge themselves every time out. 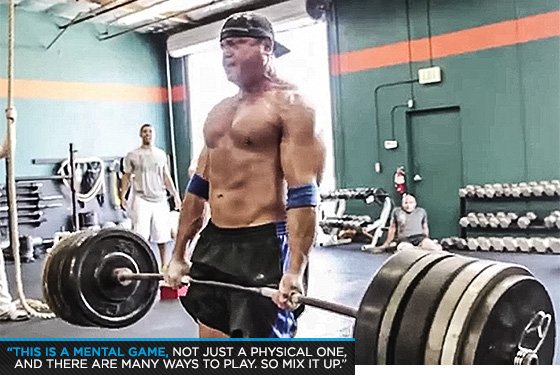 "This is a mental game, not just a physical one, and there are many ways to play. So mix it up!"

On those days when you're run down, feeling down in the dumps, or just have a bunch of stuff to do, pick something that will make you feel great when you walk out of the gym. Try to pick an exercise you know you're good at, or that you really like. Throw yourself an underhand pitch and smack that son of a bitch out of the park.

It may feel at first like this is setting back your program, but the truth is that you don't have to run yourself into the ground all the time. It's hard to get motivated when you aren't giving yourself a pat on the back every once in a while. Training is hard enough as it is.

If this isn't waking you up, it may mean you just need to take a day off and try again tomorrow. But before you leave, you could also reward yourself by ... punishing yourself. Do a couple sets of 25 or 50 of something will make you feel like you put in a great workout, even if it's not in your program. The punishment will relieve a lot of stress, your brain will reward you with a big blast of endorphins, and you'll leave the gym feeling a lot better than when you came in. Sometimes, that's the best you can ask for.