Flex Lewis continued to set the bar in 212 prejudging. What happened in the other positions and callouts is the story of the day!

While the action at the Mr. Olympia prejudging on Friday night was one for the history books, anyone who has watched a 212 Olympia showdown knows that the most riveting competition often comes from the lighter weight class.

For several years James "Flex" Lewis had to endure watching the crown go to Kevin English before he finally broke through in 2012. Lewis then not only repeated in 2013, but absolutely decimated the competition with a combination of size, symmetry, and condition that no one had seen in the 212 class.

Coming into the 2014 Olympia the questions are numerous. Can Flex tie Kevin English's record of three 212 crowns in a row? Or will challengers like Jose Raymond and Eduardo Correa emerge to claim the crown as their own? Can David Henry—a past champion who has finished second to Flex the past two years—rise up and reclaim what was once his?

Of course, former open-class regular Hidetada Yamagishi, who has stepped down to 212 and took fourth at this year's Arnold Classic, has the potential to throw a wrench in everyone's plans in his 212 Olympia debut.

Flex Lewis was immediately moved to the center, as it quickly became clear that no one possessed the same combination of size, symmetry, and aesthetics. He is the benchmark, and everyone else is being compared to him. In my opinion, he crushed it. His back in particular is far improved from last year's Olympia. 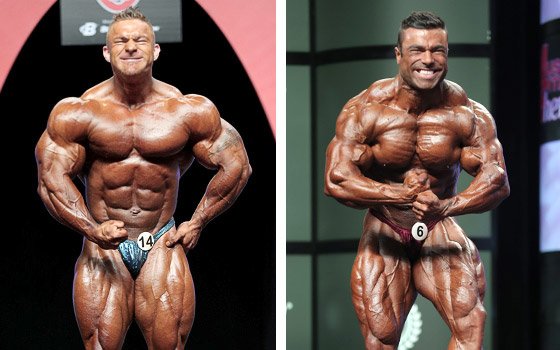 
The story of the morning was Eduardo Correa, who seemingly had a lock on second place. Third place seemed to be a battle between Yamagishi and Raymond, with Clark in fifth. I personally had Clark in the top 10, but not the top 5.

Aaron Clark appeared to fade as the judging went on, and the story became Baito Abbaspour apparently leapfrogging him and David Henry. Then it was between Yamagishi and Clark for 5th and 6th.

Dixon and Henry seemed to be vying for 7th and 8th. What a shock to see David Henry on the outside looking in! But subpar conditioning compared to years past really seemed to hurt him. 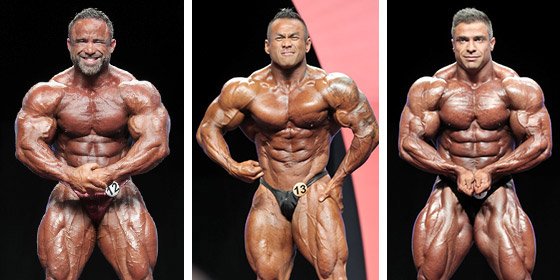 I was surprised to see Guy Cisternino this low. As conditioned and full as he was, I would have had him in the top eight. Sami Al-Haddad was way off from last year's outing, looking less lean and very flat in the lats. The real story here was seeing David Henry so far down, seemingly fighting to stay in the top 10!

All of these guys are quality bodybuilders who just happened to be off today, and at a big show like the Olympia, that puts you on the outside looking in. Mark Dugdale was especially disappointing, since he's placed so well here before, but unfortunately he was quite a bit off from his typical spectacular conditioning. Since he does not carry as much size as the other competitors, that was a big problem.

Heading into tonight's finals, I have my scoreboard as:

As we know, anything can happen in this competiton, so watch it all unfold live tonight!

Tonight, the 50th Mr. Olympia kicked off with controversy and stiff competition. Stay tuned to see how it all pans out!