The Men's Physique division will be part of the Mr. Olympia festivities for the second time. Find out who will win!

In its second year as an Olympia weekend contest, the Men's Physique show looks to be just as exciting and competitive as it was last year—if not more so. Because the judges and competitors better understand the division, look for the guys to be more dialed, with their V-tapers more pronounced and their stage personality more robust. Everybody wants to win, so you can be sure the whole field has improved.

Mark Anthony Wingson's Olympia win last year taught us that the judges look for an aesthetic shape that's not overly-muscled, as well as a great stage presentation.

Wingson has 17 incredible athletes chasing him this year, and with more experience under their belts he'll have a tough time keeping his place on the podium.

Who's Top Dog—And Who's Nipping At Mark's Heels?

Here are my picks for the 2014 Olympia Men's Physique contest, listed in descending order. I'm basing my list off what the guys did last year and how they've been placing this year in big shows.

These are also the guys who I think are the best representation of what the Men's Physique division is all about. They have the right proportions, great aesthetics, and that hard-to-describe intangible—the right "look."

Let me know your choices in the comments section below! 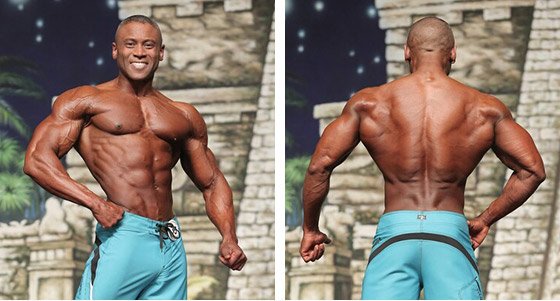 Anderson has a really good chance because he's been competing a lot more than many of the other guys on the card this year, and he seems to get better and better. He placed 7th at last year's Olympia and has steadily moved up the ranks in every show he's competed in since.

If he nails his conditioning and posing, he could nab one of the top spots. If he doesn't, he'll end up disappointed again this year. 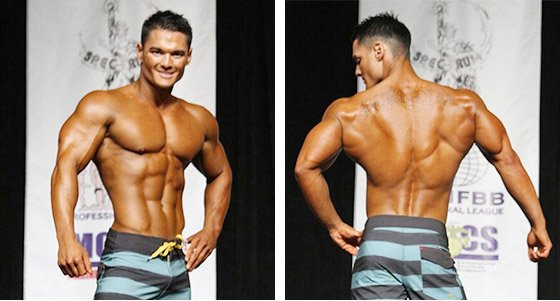 Buendia placed second at last year's Olympia and has won two shows since then. It's clear he's got the look and personality to do really well, but I wonder how he will stack up when he competes against the top dogs in the world. Although I'm not sure he can win, I wouldn't be surprised to see him as high as second place again this year. 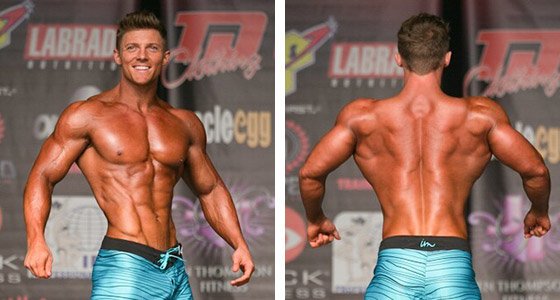 Cook's disappointing 8th-place finish last year had a lot of people wondering if the judges were blind. It's hard to imagine the Boise, Idaho, resident cracking the top three, but I'd be surprised if he was left out of the top five again, especially if he brings an even better package than he brought to his first-place Dallas Pro showing. 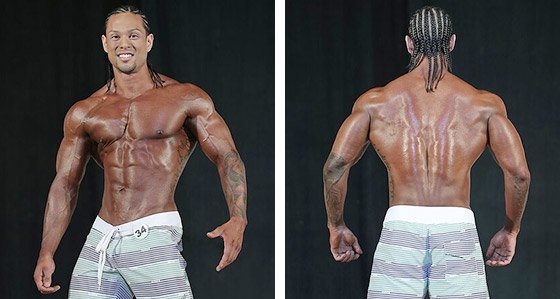 Wingson won the first-ever Men's Physique Olympia. No one can ever take that away from him. This year, though, I don't think he'll regain his top spot. He only has one other contest under his belt this year—although he did win it.

His lines just aren't as clean and his aesthetic just isn't quite what it should be. He looks a little blocky to me. However, I've been surprised before and no doubt could be surprised again. 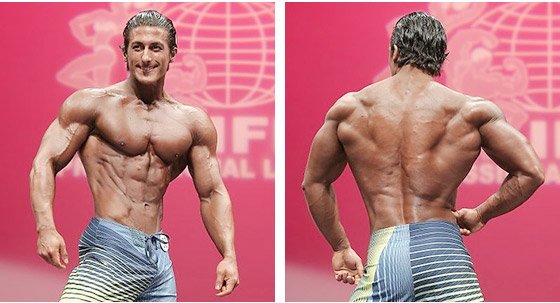 After placing fourth in last year's Olympia, Hadzovic has his eyes on a bigger prize. He has a huge crowd following and a lot of Men's Physique fans hope to see him win. He placed 2nd at the New York Pro, behind Jason Poston, and recently won the PBW Tampa Pro. He has an insane V-taper and personality to burn. I think he has what it takes to earn one of the top positions. 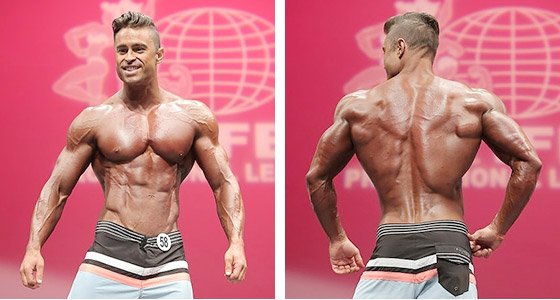 After a 5th-place finish at the 2013 Olympia, Poston wants to prove he deserves the top spot on the podium. He's won three of his last four events, including the New York Pro. He looks damn good on stage.

As a type 1 diabetic, Poston gives new meaning to the phrase "pumped up," and he has become an outspoken enthusiast for health and fitness. In my opinion, he's a perfect representative of the look and personality of the Men's Physique division.


Although these guys aren't in my top six, they've made an impact on the division and deserve their Olympia qualification. Any of these guys could break the top six if they bring their best packages to the Olympia stage:

Seid's Internet fame brings him a lot of fans, but those shouts in the crowd don't always help him place well. Since his 11th place finish at the Olympia in 2013, Seid has spent the last year trying to earn better spots.

He's gotten as high as 2nd at the Greater Gulf States Pro and 3rd at the Dallas Pro. Despite these good showings, I just don't think he has what it takes to crack the Olympia top six.

Although Christianer hasn't placed any higher than 4th this year, he has the potential and genetics to do really well. Since his last 1st place win at the 2013 Pro Grand Prix Pro, Christianer has struggled to find the right condition. Although he has the tendency to come in a little hard, he can also swing too far the other way.

Since his 12th-place finish at the Olympia last year, Antipov has contested better at various shows. To wit, he won the Prestige Crystal Cup and recently earned 2nd at the PWB Tampa Pro, just behind Hadzovic.

If Antipov comes to Vegas with the same look he's been bringing to his recent shows, he could very well jump into the top six.

It wasn't an easy choice, but the judges gave the Men's Physique Showdown trophy to Mark Anthony Wingson. Learn how he stood apart from this talented field of aesthetic bodies.

For the first time in its magnificent history, the Mr. Olympia extravaganza will include a men's physique competition. But who will win?

Steve Cook: From Campus To Olympus

Ride shotgun as Steve Cook prepares to compete against the top male competitors in the exciting new physique division of the IFBB!