For the first time in its magnificent history, the Mr. Olympia extravaganza will include a men's physique competition. But who will win?

The fledgling physique division continues to evolve and create its own standards. Like any new division, it will have some growing pains. The judges will have the unique opportunity this year to set the standard for what they deem the ideal physique in the division. There is bound to be a gray area, since if you poll the fans following the division, their responses have less to do with the physiques and more about the personalities and hype around their favorite competitor.

The rules of the division state that the judges are looking for "fit contestants who display proper shape and symmetry combined with muscularity and overall condition." Extreme muscularity is to be marked down. That leaves room for interpretation as to what is extreme. Yet, when you look at the competitors in this lineup you begin to get an idea of the "look."

The keys to victory are simple aesthetics: symmetry, presentation, conditioning without being too vascular, and shredded muscles. Whoever brings it best will win!

I base my top six on who I think has the best combination of all the aforementioned criteria. The six men mentioned here all have similar looks and are ideals for health and fitness, in my opinion. They may not be the universal fan picks, but if they're all on point, they'd get the nod on my scorecard.

Michael is one of the taller competitors but has nice shape and symmetry without being overly muscular. He's finished in the top three his last three shows. He has one win under his board shorts and has the look that could move him even higher than that. Michael poses like a pro and is one of the top competitors in the division regardless of where he finishes. 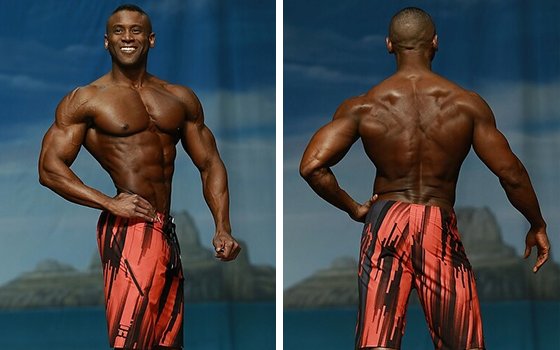 Anton took top honors at the Powerhouse Pro and followed it up with a runner-up finish at the New York Pro. I wouldn't have argued with him winning the New York Pro; he has the looks, muscularity and overall appeal to stand out in the new division. Anton is comfortable on stage and always brings a consistent look to the stage. He should be in the mix. He's never finished lower than sixth and I can't see him out of the top six here. 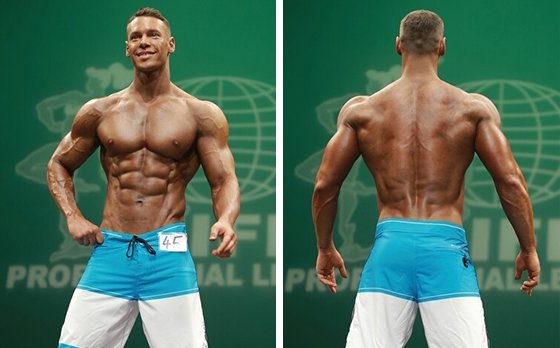 Tory has great symmetry and is genetically gifted with a tiny waist. He was the winner at the 2013 Tampa Pro last month and should be a standout in this lineup. Tory is a trainer out of California and he's a walking billboard for all things health and fitness. 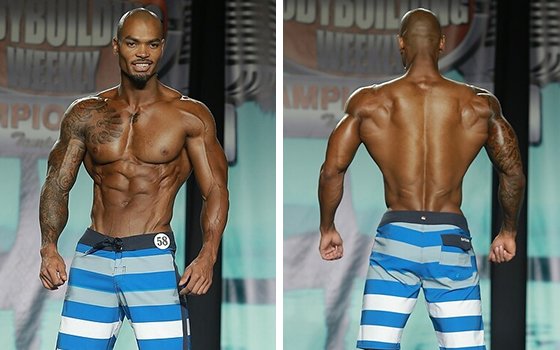 Matt has been in the winner's circle almost every time he's competed since the 2011 NPC Junior USA. He placed eighth at the 2012 Pro Grand Prix but since then has notched two wins in a row. He was awarded the first pro card in the Men's Physique division and has won three out of four pro shows. He has the potential to be in the running for the top spot. Matt has come in too hard in the past and if he can find a good balance he'll be in the hunt for the title. 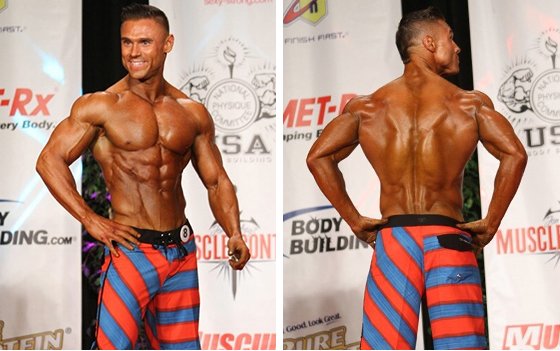 Jeremy only has one pro show to his credit but he shown he's a force to be reckoned with. He has the symmetry and the muscle without being too muscular. He has his own approach to posing, which seems to work for him as long as it's not distracting. It's a bold prediction for him to be in the runner-up spot in his second show, but don't rule him out. 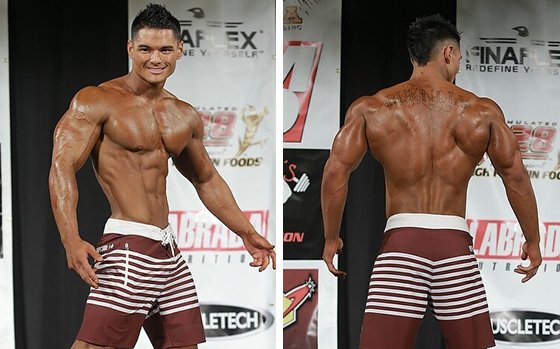 Steve has the all-American looks and will be the one to beat, in my opinion. He's never lost a show as a pro and his lowest placing ever in the NPC/IFBB was a third-place finish at the 2011 NPC JR USA. He has the genetics that make him the ideal: balanced physique, six pack abs, good calves, and the confidence to go with it. 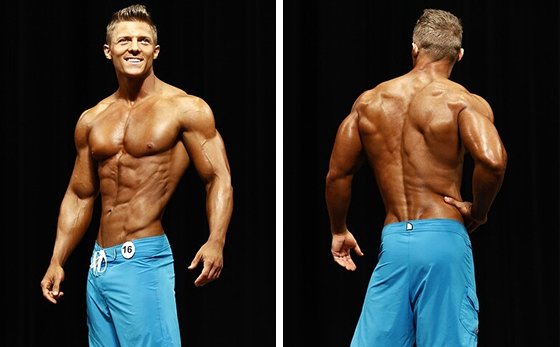 Those of you who follow the division are probably wondering, "What about Mark Anthony, Sadik Hadzovic, and Jeff Seid?" All have made their presence known in the division and have the fan support. I give props to them for building a following in the new division. Could all three be in the top spots? Definitely. Many feel Mark and Sadik will be the top two competitors, I don't share their opinions. Here's why.

Mark Anthony has four wins to his credit, so on paper one could certainly make a case for him to be a contender. I argue that he was better in 2012 and has yet to match that physique this year. He placed fifth at the Grand Prix to kick off the year and followed it up with a win at the Pittsburgh Pro. Those are his only two shows this year and they were far from the look he established in 2012. Mark has more muscle than many of the other competitors in his shoulders and arms. Genetically he's not as gifted as some of the others and, but he tries to make up for it with very serious posing—almost too dramatic and too theatrical, in my opinion. 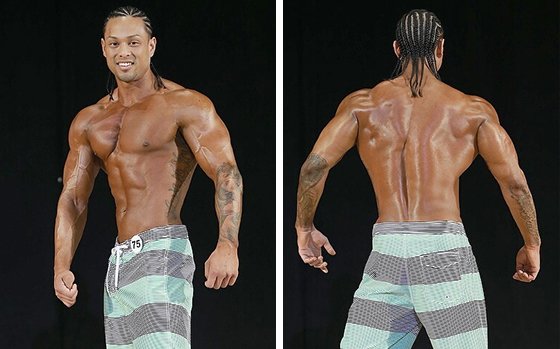 Sadik Hadzovic placed second at the Orlando Europa and dropped to fourth at the Pittsburgh Pro. He bounced back with a win at the 2013 New York Pro to qualify him for the Olympia Showdown. Sadik, like Mark, has a unique look, but in my opinion also carries too much muscle in his shoulder and arms to represent the ideal physique for the new division. When he turns to the back he could hold his own in a bodybuilding contest.Will I be wrong? Highly possible, but it won't be the first time! 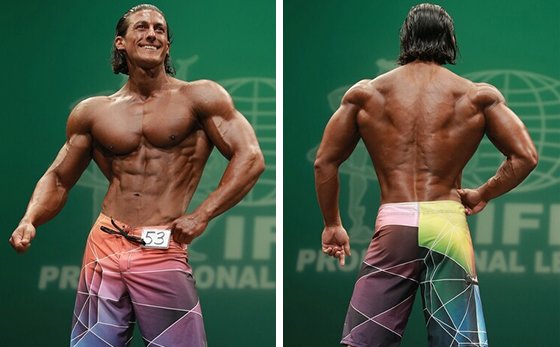 Jeff Seid has built quite the fan following off the stage. He was mobbed by fans in Tampa, where he made his pro debut. He finished in the runner-up spot there and then dropped to sixth at the Europa Dallas. Jeff was able to bounce back and take top honors at the Valenti Gold Cup. He comes in a bit smaller than some of the other guys, or at least it appears as though he's smaller when standing next to them. His conditioning has also been lacking to put him in a position for the top six. In Dallas he wore orange (my least favorite color for the stage—look at pics to see why) trunks and his color was off. A buff Oompa Loompa wasn't the look he wanted. If he can come in with tighter conditioning and ditch the orange tan and matching shorts, he could have a chance but I think his relative lack of size will hurt him in this lineup. 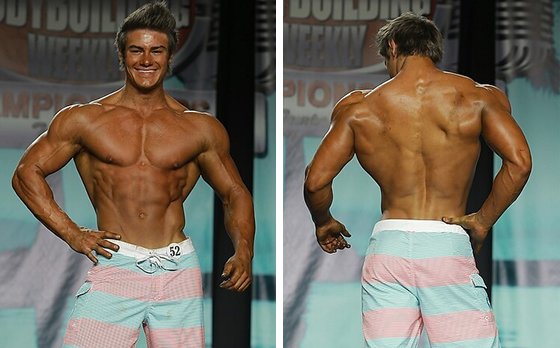 Alex Carneiro also has a big following online, in large part due to his social networking and appearances with Optimum Nutrition. Alex has improved his physique and could be in the top six if he poses with confidence and is relaxed. He was close to beating Jeremy Buendia in New Orleans so it's not out of the question that he finishes strong here.

Alex holds his own from the front but fades a bit from the back. He has finished in the top five in every show he's competed in, and if the judges go with a look like Sadik or Mark then it will help Alex. All three carry more muscle in the shoulders and arms than my previous picks. 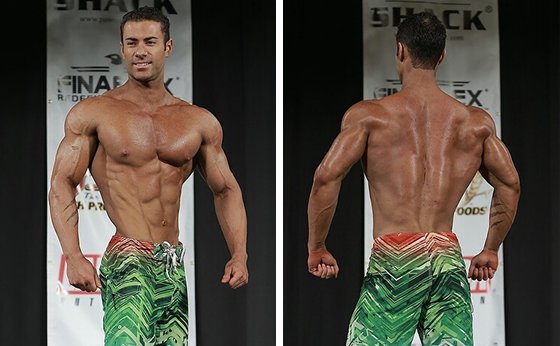