The 2014 Arnold Classic 212 was everything it was supposed to be, and bodybuilding history was once again made in Columbus, Ohio. Athletes from all over the world came with hopes of having their names announced as the first champion, but in the end, Flex Lewis once again stood alone on the stage.

That may not sound like much of a surprise if you read the previews and prejudging report, but it turned out that Flex had a bombshell up his sleeve after all, as he announced in his post-contest interview.

"The Welsh Dragon" was confident from the moment he stepped onstage. The two-time Olympia 212 Showdown champion made his presence known, appeared fuller and tighter even than he did during prejudging. Every shot he hit was met with mass approval from the fans in attendance. He outsized everybody, and the outcome was really never in doubt. I still think he was better at the Olympia last year, but he had more than enough to dominate the field tonight. 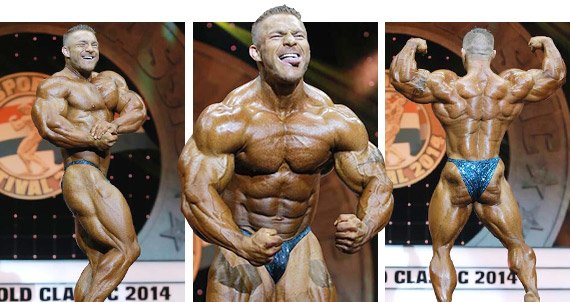 So what's next for Flex? He announced during his post-victory interview with Bodybuilding.com that after competing in this year's Olympia 212 Showdown, he will take the step up to open class competition, such as the Arnold Classic and the Mr. Olympia. Lewis said he feels like he has reached the upper limits of what he can do at his current weight classification, and indicated that he has been "show-ready" at weights as high as 260 in recent months.

With nine wins under his belt, including the inaugural 202 Olympia title, David Henry would like to be the first Arnold 212 champ as well. He and Flex had a great battle for the crown. The roundness of his muscles is unreal, and his conditioning was as good tonight as I've seen it. He had big shoulders, and a thick back to match. He was hitting every shot with intensity to display a physique that delivered a top spot, just not the top spot. 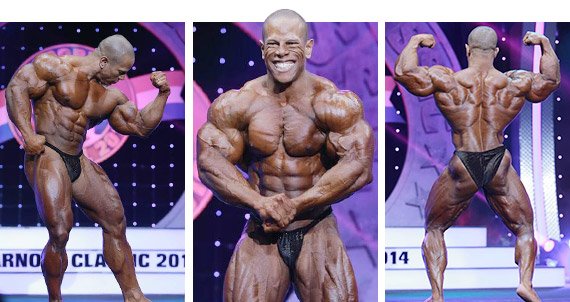 Hailing from Virginia, Aaron is rapidly building a fan base and now has high-level competitive success on his resume as well. If anything, he looked even better tonight than in prejudging. His legs look great, but the next step is for him to make them bigger in order to match his phenomenal upper body and traps. He might need more upper chest development in time as well, but Aaron is definitely working to be the future of the 212 Division.

The Japanese superstar has done well in the open class here in Columbus in the past, placing as high as fifth against the big boys last year. Here in the first Arnold 212, Hidetada once again presented himself well and got a top spot. His presentation was well performed and he has top-notch conditioning as always. He looked great from the back as well, all the way from shoulders to calves. He just didn't have enough muscle to match Flex. He may have focused too much on making weight, but as a first showing, this was still a great success.

The first competitor I've ever seen pose to Adele, "The Boston Mass" had veins popping everywhere and all kinds of separation in his back. He looks much better here than earlier today. Although his midsection was thick, his fans were still pleased with his performance onstage. He focused on coming in lighter and said he felt great before the show earlier today. Along with David Henry and others, he'll be in hot contention for the top spot in the future if Flex lives up to his word and steps up to open class.

Coming from South Carolina, Charles was hoping to make the first Arnold 212 his first pro victory, but that was a tall order indeed. Being top six in this lineup is a great day in almost anyone's book, though. He is a little too short and outmuscled to face off against the likes of Flex and David, but Charles looked great from the back and had great shoulders. He's got thickness for days and has a bright future in 212 competition.

The Bronx native appeared to have a think waistline, but his legs were superb. I didn't see the same conditioning in the back that Marco had in prejudging, and his chest and arms need more development to stand out in this elite lineup. He has plenty of promise, though.

Coming to Columbus from Mexico, Angel has great thighs but not the calves to match. He has an impressive most muscular which impressed the crowd, but from the back needed a bit more work on his glute-hamstring tie ins to stand out.

Lukas turned pro in 2012 after coming from the Czech Republic. His legs were sharper this evening than during prejudging, and he had a unique posing routine, showing his flexibility by kicking a leg out to the side and holding it. He has a work to do overall and needs more mass, but could hang with the top competitors once he has it.

Quincy has only one pro show under his belt, and he chose a big stage for his second competition. Quincy appeared smoother tonight than during prejudging, and looked outmuscled in this show. At just 31, though, he still has time on his side.

With three career victories, Stan McQuay was on the verge of retirement before deciding to compete in Columbus. His tall frame doesn't carry enough muscle to compete with the top guys tonight, but if there was a posing award, he would be in high contention for it. He must have absorbed some entertainment talent from one of his famous training clients, Dr. Dre.

Only one man has won the NPC Team Universe four times. Tricky Jackson is a sure bet to entertain with his routines, and tonight was no exception. With a robot-type routine featuring a rowdy hip-hop soundtrack, he had the crowd rocking. Unfortunately for him, he just didn't have the size to hang with this lineup.