On Saturday night in Las Vegas, defending 212 Olympia champion James "Flex" Lewis showed once again that while the 212's may be smaller than Mr. O, they're no less ripped or talented. And he also showed himself to be the sort of gracious, fan-focused ambassador that other professional sports only wish they had. 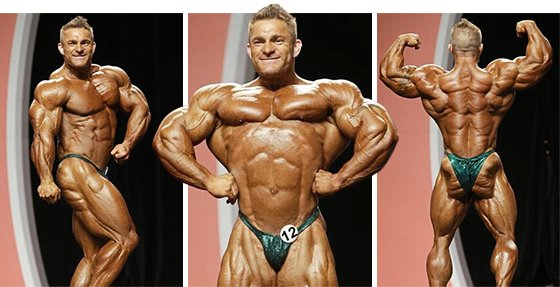 It was no easy battle, though. Flex might have been a little smaller than he was last year, but his balance and conditioning were second-to-none, which was especially impressive given that he admitted afterward to having battled a debilitating back injury just three weeks out. David Henry also came in looking full and round, but he didn't quite have the cuts that Flex did, especially from the back. Although Flex may have made weight by the skin of his teeth, everything about him screamed "winner!"

Flex named himself a "humble champion" upon winning, and it's hard to argue. He proved his admiration for his competition by telling an adoring crowd that this year's was the "best 212 lineup we've ever had." With no less than three former Olympia winners in the mix, it's hard to argue with him. 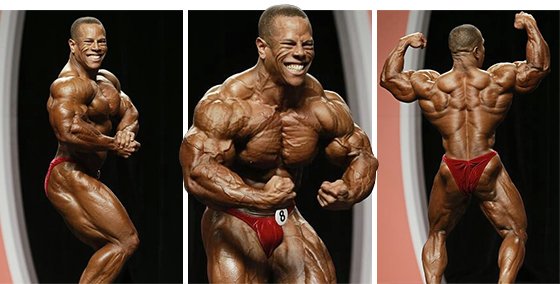 Third place went to Kevin English and fourth to Jose Raymond. There were more than a few in the crowd who thought Raymond should have been higher, given his tip-top conditioning. However, I'm not convinced he currently has the symmetry to stand up next to Flex and Henry. Eduardo Correa earned the fifth spot, while Sami Al Haddad landed in sixth.

As this division gets more widely recognized and reputable, we can only expect the drama to heighten and the competition to get even better. It's an exciting road that awaits the upcoming generation of Olympia champs!