The Columbus Convention Center hosted the first-ever 2014 Arnold Classic 212 prejudging this Friday, as the weight class made its much-anticipated debut as part of the Arnold Sports Festival. The top 212 competitors in the world were there onstage, as well as some other familiar names, as the men battled to be the first ever to take the crown.

The lineup more than lived up to its billing, and if this is the caliber of competition that we can expect annually moving forward, it could quickly become one of the most anticipated events in Columbus.

The competitors are listed here in numerical order.

Lucas was not one of the standouts in many previews of the event, but he impressed many in the crowd and the judges. The muscle separation in his back wasn't all it could have been, perhaps because of conditioning, but he could still leave Columbus with a top-five finish. 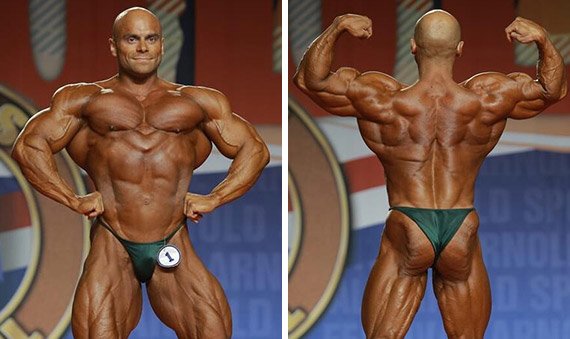 What can you say about Flex that hasn't already been said? He brought it to Columbus just as he has done twice in the Olympia 212 Showdown. His glutes were ripped, his back was thick, and he kept his poise throughout his routine. Although he appeared better conditioned at the Olympia, he still is the top dog here, in my opinion. I had him first, and so did many others in the crowd. 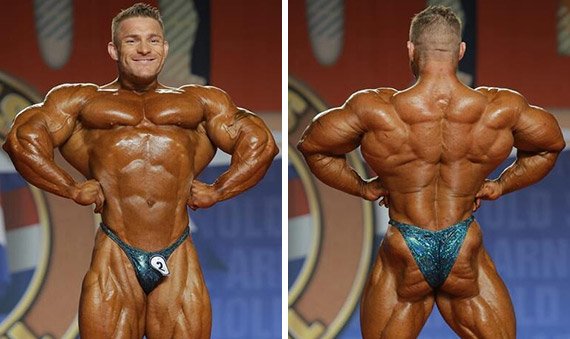 Charles is no rookie, and his maturity showed in his physique. I've seen him better conditioned in the past, and his waist was a little thick, but he brought a solid overall package as always. He will probably finish in the middle of the pack, but in a field like this, that is no slight. 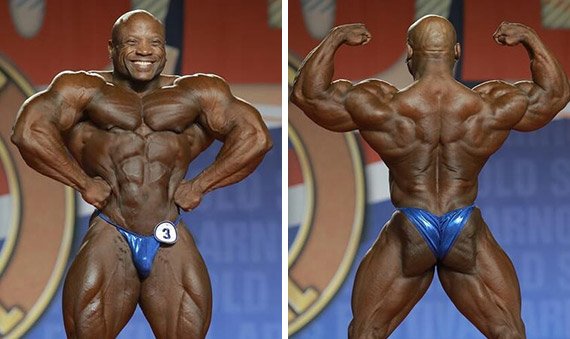 A lot of experts were excited to hear Hide going into the 212. He gives guys in the open class a run for their money, so he could do damage in the 212. It may surprise people that he's working with reigning Ms. Olympia Iris Kyle, but Hide looked great so she obviously knows what she's doing. He was strong from the back, especially with the back double biceps. His legs have been better in the past, but I've still got him in the top three. 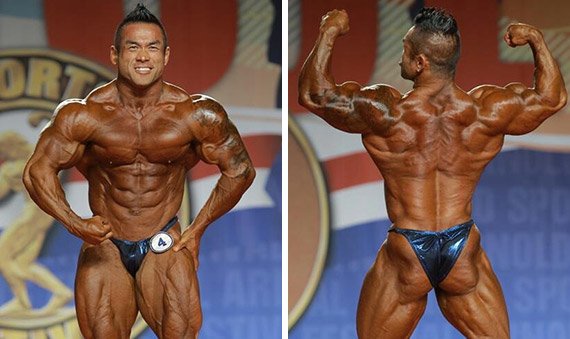 Quincy is the brother of the great Roelly WInklaar, who was unfortunately injured in a motorcycle accident a couple of weeks ago. Some wondered how that would affect Quincy mentally as he got closer to the show. He still brought the goods, although his chest wasn't as striated as I have seen in the past. It looks to me like he will be between 7th and 10th. 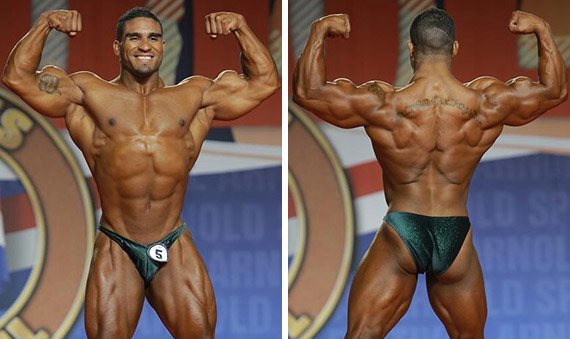 Aaron has gained quite a following in recent months, and there were plenty of fans at the Expo rooting him on. His legs were impressive from the front, but there's still room for improvement in the hamstrings. He looked good overall and may get a spot in the top three, but I have him at fourth. He has a bright future, even if he's not quite ready to take the top spot at the big shows yet. His side chest was stellar, as was his front double biceps pose. 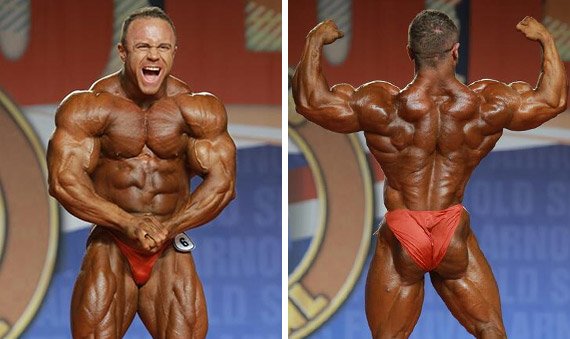 Weighing in at 204 pounds, the man who called himself "the bearded lady" a few months ago stood out as the freak of the event. Although he was grainy and is a fan favorite, he will probably fall between fifth and seventh here. 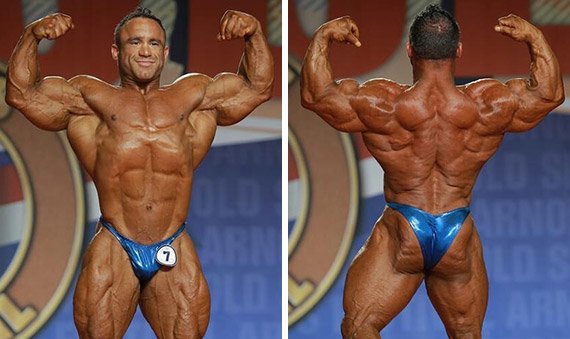 Stan is one of the taller 212 competitors but still carries some good muscle. Unfortunately, his big tattoo made separation and detail in his back hard to see. This could possibly impact where he places. He also seemed less full than how I've seen him in the past. I wouldn't be surprised to see him around the 10-12 range. 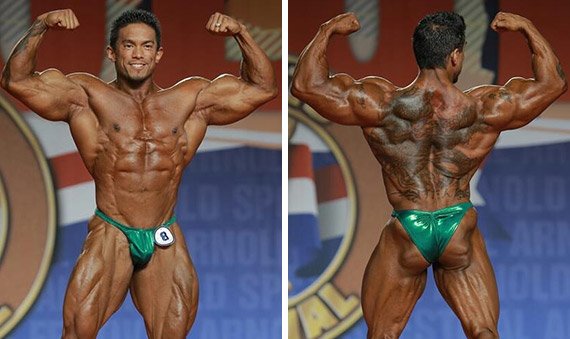 The cousin of 2008 Mr. Olympia Dexter Jackson showed that symmetry and confidence runs in the family. Although I've seen him bigger and better conditioned, especially in his triceps, he still could get a spot in the top six. 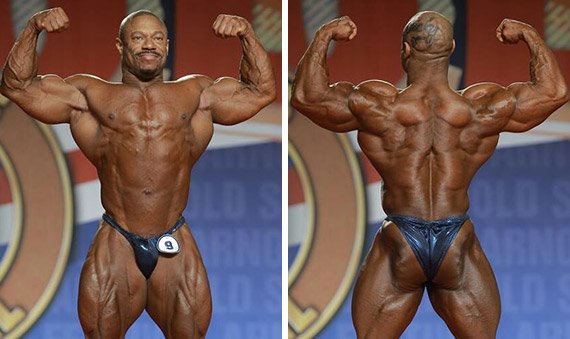 If anyone is going to stop Flex from taking the first Arnold 212 Crown, it is David Henry. The 2008 Olympia 202 Showdown champion brought a great package and that signature confident smile. Although anything can happen in the finals, I have him second. 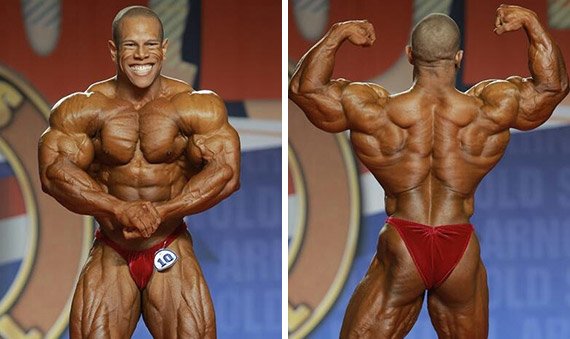 Marco has overcome adversity to get to this point in his career, and he worked with the great coach Oscar Arden to make his Arnold effort a good one. Although he will probably finish in the lower half of the top 10, you haven't seen the last of him. If his upper body was fuller it may have improved his end result, but it's just too tough of a field here in Columbus. 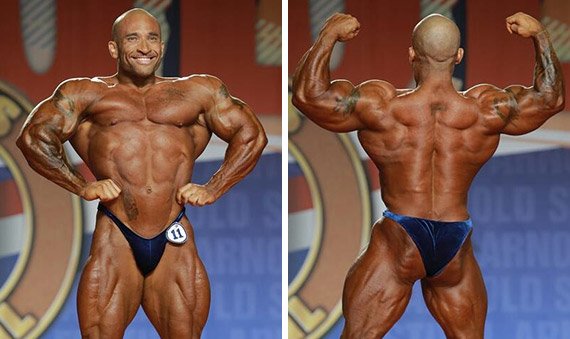 Angel is a relatively new face who came to Columbus from Mexico. He carries a lot of muscle for a smaller guy. His thighs almost overpowered his calves, which affected his overall symmetry. His arms were impressive, but he'll need more to break through in this world-class lineup. 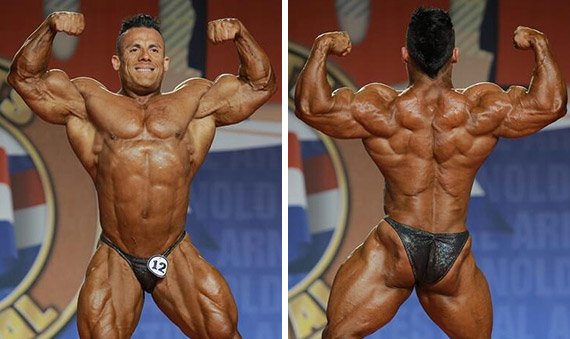 After prejudging ended, there was Flex and there was everyone else, which is what many experts predicted. It looks like David Henry, Aaron Clark, and Hidetada Yamagishi could round out the rest of the top four. It came down to Flex and David in the last callout, just like at the Olympia in September. Unless things change in a big way at the finals tonight, it appears likely that Flex Lewis will stand as the first Arnold 212 champ.

The light but impressive beasts of the IFBB's 212 class are ready to rumble at the 2014 Arnold Classic. Check out these predictions for the Arnold Classic 212!