How to Train for "Murph," From The Guy Who Did 16 Murphs in a Row

The most famous CrossFit WOD is a serious workout that demands a serious approach. Here's how one tough-ass athlete prepped to set a new Murph record, and what you can learn from him!

The Meaning of Murph | How to Train for Murph

On May 24, 2020, Lee Davis walked into Rhapsody CrossFit in Charleston, South Carolina. He was there to perform "Murph," a popular CrossFit "Hero WOD" that many gyms offer as a Memorial Day ritual. It was 6 p.m. on Sunday evening, so Davis was a little early for the traditional Monday holiday rush. But it wasn't by accident.

Just over 24 hours later, he walked out of the gym having performed Murph 16 times, once every 90 minutes, to set an unofficial record of the most consecutive rounds of the workout in a single day. (The record has since been broken at least 4 times.) That's 1,600 pull-ups, 3,200 push-ups, 4,800 squats, and 32 miles of running—all while wearing a 20-pound weighted vest.

Almost as amazingly, Davis, a former ultra-marathoner who has since joined the U.S. Army, only trained for the feat for four weeks—a common prep timeframe for doing just one round of Murph. Here's what you can learn for your Memorial Day workout from the man who took it further than it had ever been taken before.

2
CIRCUIT
Perform in as many mini-sets as needed to complete all reps. You can perform all the reps of each exercise in order, or alternate the three exercises in rounds. For example: 20 rounds of 5 pull-ups, 10 push-ups, 15 squats.
Pull-up
1 set, 100 reps (no rest)

Spread Out Your Training Volume

When preparing for any immense physical challenge, it can be tempting to simply pit yourself against the thing—your 1RM, or a testing standard—in the buildup to the big event. Davis took the opposite tack: He did a manageable amount of work, but did it more often.

He methodically performed two Murphs a day for two weeks, then three a day for 10 days, then took 2-3 days off before the big day, mirroring an approach found successful for 50- and 100-mile races.

"I found with those ultramarathons it's not necessarily doing the 20 model and 25 mile runs that made the difference; it's doing 5-mile runs every day," he explains.

In Your Training: Rather than doing a full Murph once a week, do a half or quarter Murph more often, or simply do a set number of pull-ups, push-ups, and bodyweight squats each day to "condition" your body for the full workout.

Don't let your grip hold you back on Murph
What's going to give out first when you're tasked with performing 100 pull-ups? Your grip strength. Have wrist straps in your gym bag and keep pulling strong in every workout!

Unlike many tough CrossFit WODs, Murph allows flexibility in how you chip away at the reps. Specifically, you can "partition"—do the three moves in rounds—or you can perform every rep of the pull-ups, push-ups, and squats in order, which is "unpartitioned."

Davis says unpartitioned Murph—or "going straight at it"—was the norm at The Citadel, the South Carolina-based military college he attended, so it's how he has always approached the workout. But he recommends partitioning for many people, especially first-timers and newcomers to CrossFit.

"A lot of people just like to 'send it' on that first time they ever do something," he says. "But then they get burned out. I like to make the experience enjoyable if I can."

In Your Training: Davis recommends two common density-focused partitioning approaches: 10 rounds of 10/20/30 reps, or 20 sets of 5/10/15—"just enough volume to complete every set very quickly." He's also a fan of unweighted Murph, half-Murph, and quarter-Murph, especially if the alternative is a suffer-fest you'll regret later.

Learn to "Detach Your Mind"

Davis is a fan of former Navy Seal and ultrarunner David Goggins, in particular his quote, "When you think you're done, you're only at 40 percent of your body's capability."

For Davis, this mental toughness mantra helped him to not overthink his challenge, but rather, to underthink it.

"You have to detach your mind in something as big as an ultramarathon, or doing 16 Murphs, because it's gonna hurt regardless," he says. "Once you get past that point, just tell yourself to keep going."

In Your Training: Don't approach your Murph prep—or the workout itself—with rushed or frantic energy. Stay calm and slow down enough to let yourself struggle, deal with it, and keep going. This is part of the value of a difficult WOD.

A stimulant-free pre-workout can help control fatigue during a tough WOD, without making you jittery.

Do Murph as a Community

Davis was never alone during his 24-hour gauntlet—and he says it was his secret weapon.

"I had one of my best friends running with me throughout the night," he recalls. "And we were doing 'heats' every hour and a half, so I was having a new group of people come in and do their Murph with me while I was doing mine."

Having a crew may have helped him make it to the finish line, but he says it also helped keep the real meaning of the fitness ritual front and center.

"You can't even wrap your mind around the kind of pain that our fallen heroes went through, or their families went through," he explains. "So putting our bodies through some kind of suffering in remembrance for them is a great way to honor their sacrifice and what they did." 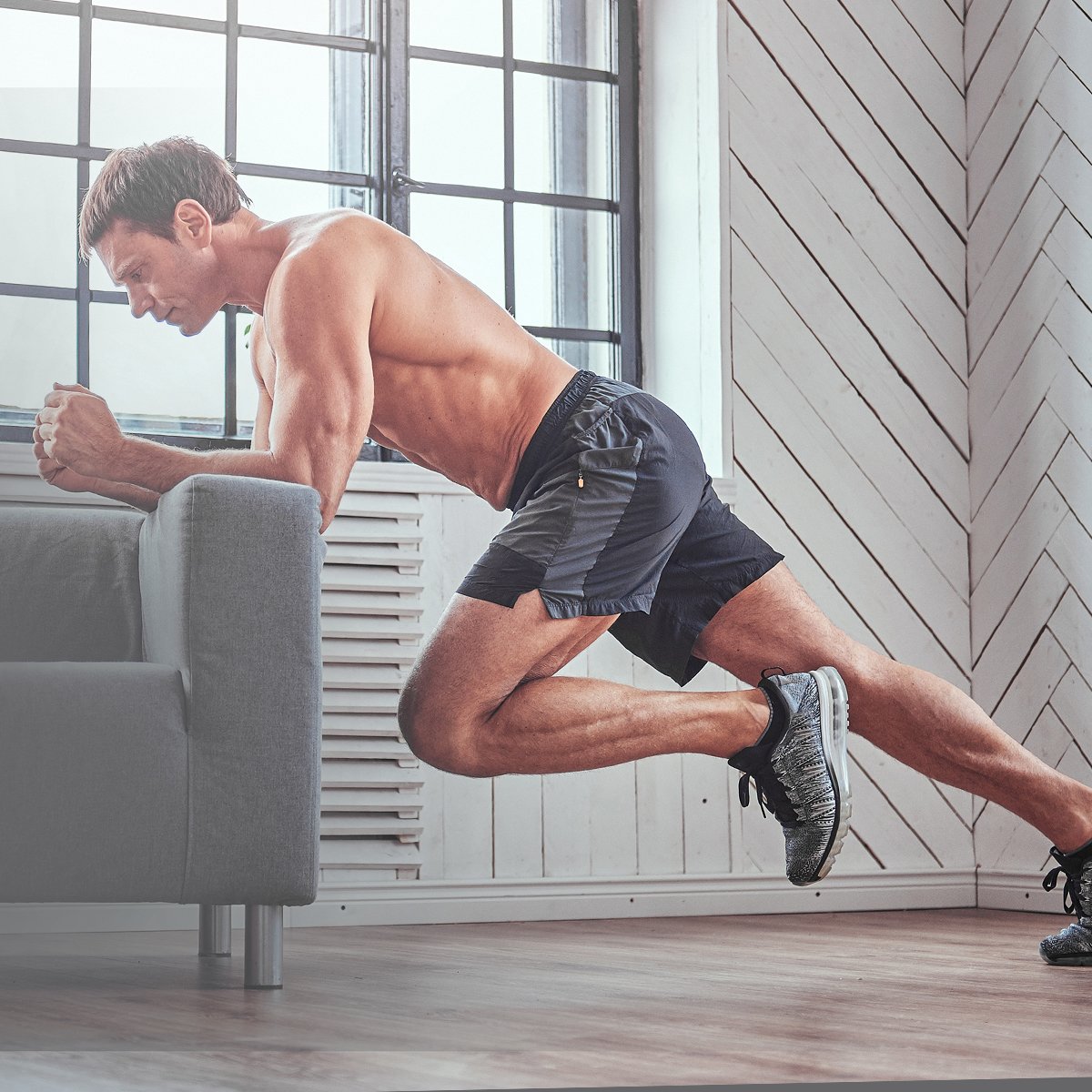 Serious Gains with the Bodyweight Classics
Prepping for Murph? Or just training at home? Strength coach Paul Carter's Jacked at Home program could be just what you need. Hit three full-body bodyweight workouts a week, plus sprints on off-days, and crush what life throws at you!