This Coach Kicked 120 Pounds And Inspired His Students!

As a 326-pound high school fitness coach, Josh Bravo's extra bulge was deflating his students' morale. In two years, he lost over 120 pounds and became an inspiration in the classroom! 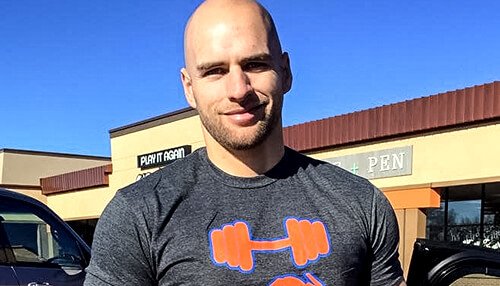 A four-sport athlete in high school, Josh Bravo knew how to eat big. But after graduating, his physical activity took a nosedive, and the extra calories quickly became extra inches on his waistline. Years later, he found himself weighing in at 326 pounds and teaching fitness to high school kids.

The embarrassing mismatch between his job and his physique ate away at both his own self-confidence and the morale of his student athletes. When he realized that all his pretending was driving his students to quit practice, Josh decided to get real.

Now, after two years of training, and with more than 120 pounds of hypocrisy behind him, he has not just won trust and respect from his students—he has won it from himself.

This is his story.

What circumstances led you to weigh 326 pounds?

I've always been a big guy. In high school, I was a four-sport athlete and a lineman for the football team. I always told myself, "You gotta be big, you gotta eat big." And back then, eating big worked. I mean, the food I ate wasn't great—it was a lot of fast food, a lot of big greasy burritos—but I burned off most of it in sports practice. After I graduated, though, I pretty much stopped exercising altogether.

Things got really bad really fast, physically and emotionally. I know nutrition, so I knew my body was going to the dumps. I was sweating profusely just from walking around. I got man-boobs, and my gut started hanging over my belt. Stuff was getting nasty. I would look at myself in the mirror and be like, "No, this isn't me." I always had a certain mindset: once a lineman, always a lineman. But the thing is, I was eating like a lineman but not moving like one.

Every day, I would tell myself, "It's not so bad." But I started hearing things from my mom, my grandma, and my dad. "Oh, you've put on a little more weight," they'd say. "You're looking a little bigger lately." When I got into teaching, people would say I wasn't looking too good. Nothing really devastating, but these little things still hit me emotionally.

What pushed you to make the change?

Being a strength coach at 326 pounds is not exactly a good example for your kids—you know, when you're trying to promote health and actually doing stuff. 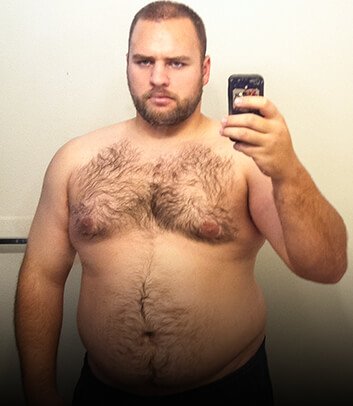 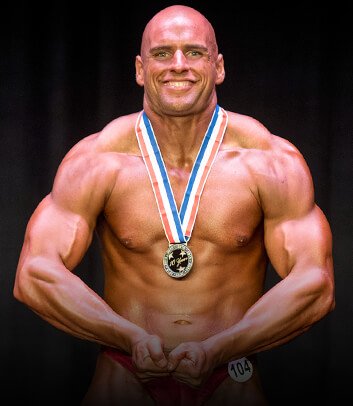 I had spent three years at the school before I decided to change. Kids would look at me sometimes, if I gave them a workout, and they'd say, "I'm pretty sure you don't do this, Bravo. You don't really look the part." I'd get a lot of pushback from them on any direction I'd give them. I'd even get a hard time from some teachers. That was my biggest motivation—to change for the kids, and hopefully give them a little insight that fitness is worth it.

I started two years ago, back in 2013. It was after football season. I was running an after-school weightlifting class. A few kids just started skipping practice, so I asked them why. "Well," they said. "We never see you do anything."

And it made sense. As a teacher, you've got to practice what you preach. I'd come up with nutrition plans, and half the time I knew these kids were just throwing them away.

It got to the point where I was just fed up with it, and I wanted to get my kids on board with fitness. A couple of my linemen were pretty overweight, and they wanted to change. So I said, let's all try it together.

At that time, I knew I had to change.

Had you tried to change before and failed?

When I finished high school, I wanted to lean out and get healthier. That lasted maybe a month. I was just trying to do it chicken-and-rice-style—a stereotypical bodybuilding diet of very bland stuff. I tried Insanity and P90X, but they never really worked for me, so it was easy to stop.

After a day of fast food, I'd come home and literally go through a box of Oreos, no problem; I'd even have some ice cream on top of that.

When I work out, I put my all into it. Nutrition is something completely different. Doing Insanity and P90X, I never saw any change, largely because I didn't have it in my head that it took diet and exercise to see change. I would do the cardio side of HIIT and P90X, but my diet was still crap. Back then, it was horrible. After a day of fast food, I'd come home and literally go through a box of Oreos, no problem; I'd even have some ice cream on top of that.

When did you start seeing results?

After about a year of doing it on my own, I had dropped about 60 pounds. Gradually, kids started noticing. "OK," they would say. "Now he's starting to put in time." When I decided I wanted to do a bodybuilding competition and be competitive again, I started dropping more weight, my muscle started increasing, and I really started looking the part. At that point, kids really started latching on. They would ask me how they could gain muscle or lose body fat. There was more buy-in.

When the kids saw me prepped for my first competition, and I was down 120 pounds, they really saw the difference. That's also when I noticed that they started making more of an effort. The kids saw what I did, and they wanted to be more like me. It was really cool, too, because there's kind of a bodybuilding culture here, since Boise is the location of the BodyBuilding.com headquarters. All the kids want the bodybuilder look. 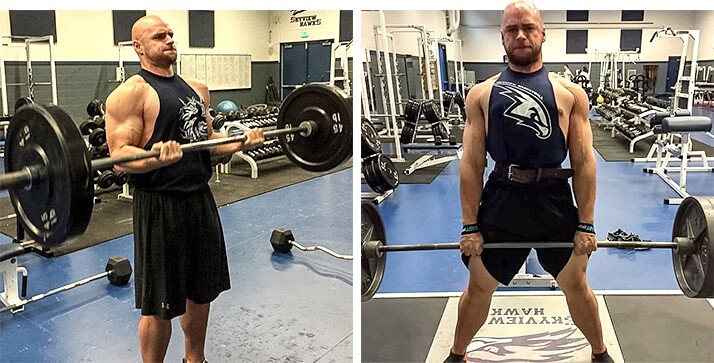 When the kids saw me prepped for my first competition, and I was down 120 pounds, they really saw the difference. That's also when I noticed that they started making more of an effort.

Two kids I worked out with, who weren't even into bodybuilding initially, want to become physique competitors. "Bravo," they tell me. "You inspired us to get to this point."

It puts a really big smile on my face.

What has been the biggest challenge for you?

The first year, I did it all on my own. I was eating a really bland diet. There were many times when I was just like, "You know what? I need a donut." I'd have a cheat meal maybe once a month, but always knew I had to keep going.

After I got set up with a coach through an old high school friend, things were easier. My coach introduced me to flexible dieting, which made everything easier. It helped me curb my cravings. Plus, not having to think, "I have to eat clean all the time" helps a lot. When I started flex [dieting], I started gaining more muscle while losing fat. It was nice.

If you could talk to you from two years ago, what would you say?

It's time for change. Your life is going to be so much easier if you actually lose the weight. You'll be healthier. You'll feel better. Your emotional wellbeing will change. You will feel way more confident. You will have no problem going swimming because you will take your shirt off and be OK with it instead of having to wear a T-shirt. You have got to kick this thing around. You've got to work your butt off. 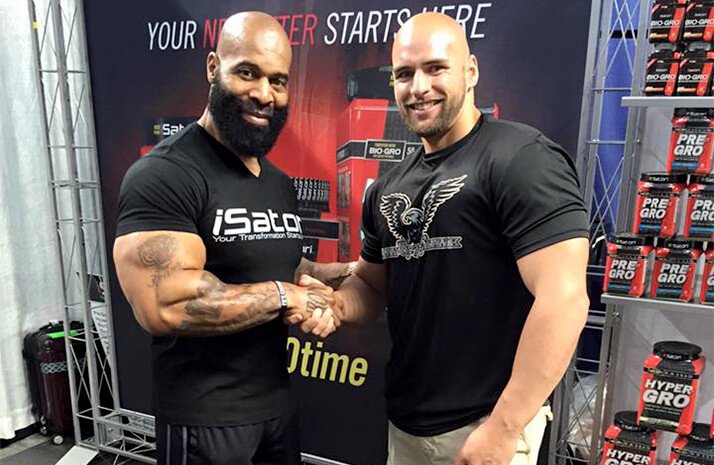 It's time for change. Your life is going to be so much easier if you actually lose the weight.

What has been the biggest reward from working your butt off?

The biggest thing has been self-confidence. I never really had a whole lot of it. I walked around like I did; I put on a show for my athletes. But in reality, I really didn't have a lot of confidence in myself. I didn't look the part. I didn't feel the part. But now, I'm probably the most confident I've ever been.

What is the most important thing you've learned from all this?

I've learned that, no matter how hard something is, I can overcome it. Sometimes, I wanted to quit. Ten years ago, when I got out of high school, I quit things easily. But now, thanks to the support I have, it's easier to break through.

At first, the whole bodybuilding thing was a question of "Can I do it?" Now I know I can, and I'm getting ready for my next competition. I really like the whole lifestyle: the eating, the working out, and just having my body go through this transformation.

Some people get bigger, get smaller, and bounce back and forth, but my goal is to keep getting bigger over time. Even when I'm done with bodybuilding shows, I want to continue this lifestyle for the rest of my life. My overall goal is to be healthy.

My buddy Jason, who introduced me to the world of bodybuilding and to my coach, was my inspiration right off the bat. Watching him transform from his high school days was motivational.

My wife was another pretty big reason why I was able to achieve my goals. She says she loves me "no matter what," and she "married me at my heaviest," but now she's so proud of me. Throughout all of it, she kept me on track. If I had a cookie in my hand, she'd say, "Do you really need that right now? Does that fit your macros?" She would always be a little voice in the back of my head. 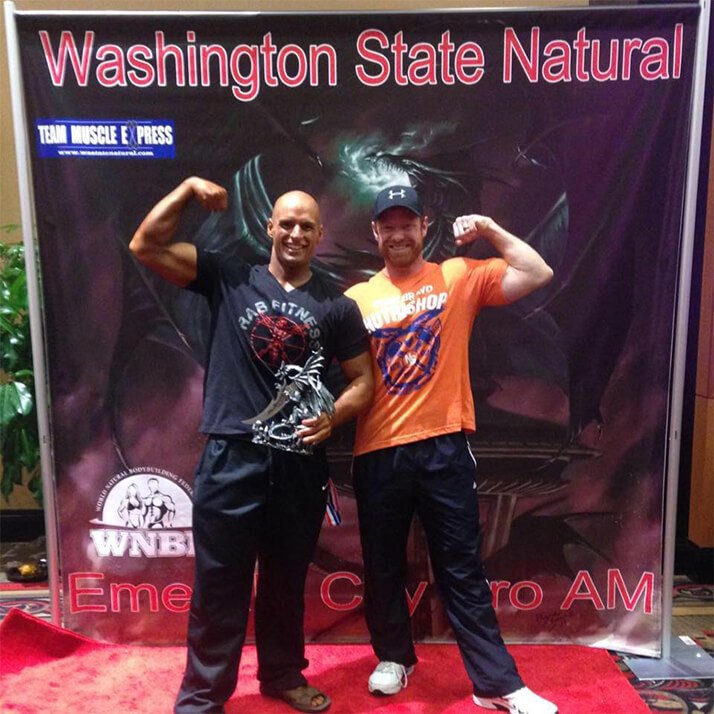 My coach, Roger, is a good motivator, so I also really look up to him. He helps me to get through hard times, and pushes me through the easy times to make them even harder.

Do you take any dietary supplements?