IFBB Bikini Pro India Paulino opens up her playbook for the 2013 Olympia. With the 2013 Arnold title already in hand, she is among the favorites to win!

This spring India Paulino won her first Arnold Classic, and now she has her eyes set on the biggest prize of them all: the Olympia. She wants to be named the best Bikini competitor in the world. This September in Las Vegas, she'll have her chance. 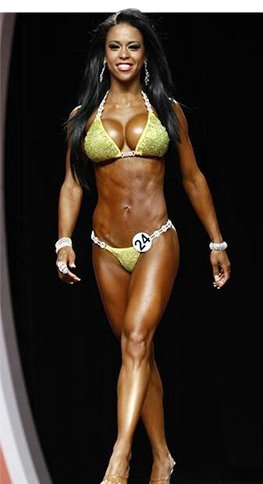 India has competed in Bikini since 2010, and she earned her pro card in her first year by winning the 2011 NPC Junior Nationals. She finished in sixth place in her first Olympia, and has been a top-three finisher in every competition since. He resume continues to impress with wins in her last three events and a third-place finish at the 2012 Olympia.

Paulino faces tough competition from the 2013 field, starting with defending Olympia champion Nathalia Melo and 2012 runner-up Nicole Nagrani. But the recent improvements India has made—a smaller waist and more rounded glutes and shoulders—say she is ready and will bring it come Olympia time.

India previously worked as a police officer, but she currently places all of her energy into chasing Bikini glory. This Dominican dynamo is one strong and determined woman, and she has enjoyed rapid pro success. She is a former martial artist, cheerleader, and dancer, and her love for competing on the IFBB pro stage provides her a suitable outlet for all that unbridled energy and athleticism.

"I feel that being physically fit and in shape shows confidence, determination, power and control of oneself," Paulino says. "It's sexy."

Paulino is an intense and extremely marketable competitor. Her Olympia goals reflect her physical metamorphosis, from top six to legit title contender. Will 2013 be her year? Tune in to the Bodybuilding.com webcast for Joe Weider's Olympia Fitness and Performance Weekend September 26-29 to find out!

In 2012 you came on strong by placing third in the IFBB Olympia Bikini event. What improvements have you made to your physique and presentation since this contest, and what can fans expect to see from you as a result?

My goal for every show is to improve from the last show. Coming in even tighter, with a smaller waist and more roundness to my glutes and shoulders, is my goal for the IFBB Bikini Olympia this year.

How would you describe your current training style? Has it evolved from year to year?

The more consistent I became with training and the more my muscles have developed, the more I have had to switch up a few things. I don't train quads every week or do as many plyometric exercises as I used to. My legs would get muscular and too big for the look that I want onstage if I trained them that often. 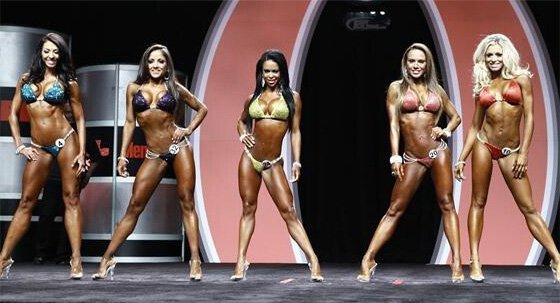 What is your current approach to cardio? How often do you include this in the offseason versus pre contest?

I definitely don't do as much cardio during the off-season as I do during prep. I actually call it my recovery/improvement season rather than the off-season. Your body needs rest and needs time in order to improve. I do about 30-45 minutes [of cardio] 4-5 times per week when I am not competing.

What is your current approach to supplementation? How important are supplements to you as an event draws near?

Supplements are super important. You train so hard and put your body through so much, so you need to take care of it to keep it going. I love BSN's Amino X. It helps my muscles recover faster and it helps with endurance during workouts and cardio.

Hyper Shred is another favorite of mine during contest prep. It's BSN's stronger fat burner—it provides great energy and it's a thermogenic as well. It's awesome.

As a bikini competitor, how do you maintain your femininity while enhancing your natural curves? Do you train to the extremes of a pro bodybuilding competitor?

Competitors train for their division. If I trained like a bodybuilder or a physique competitor, I would not be able to build a bikini body. The type of training my coach Shannon Dey [of Team Bombshell, based in Daytona Beach, Florida] has me doing helps round out the muscles, but also keeps them small, tight, and lean. The food I eat, the supplements I take, and proper hydration always keeps my skin, hair, and body healthy.

How does your nutrition change from offseason to pre contest? Have you done anything differently nutrition-wise to prepare for this year's Olympia?

During contest prep, my meal plans contain a little less food, but the difference isn't great. I eat the same types of clean foods all year long. It's a lifestyle. Plus it only helps you to maintain a tight physique, so when it's time to prep for a show, it's much easier.

How did you get started in bikini competition? What was your initial motivation to compete as a bikini athlete?

I loved the look and loved muscle. I had always wanted to do it, but I didn't know where to begin. I remember looking through a magazine and seeing photos of some of the top girls who competed in the Bikini Olympia. Seeing that was the motivation, inspiration, and push I needed to finally do it. 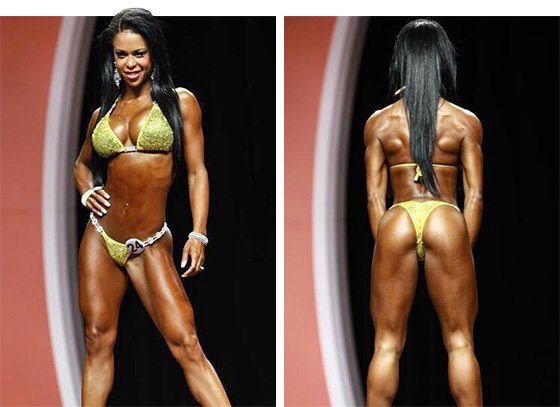 What is it about your physique and stage presence that will give you an edge at this year's Olympia?

I plan to bring a better package and just have fun onstage and bring it when it comes to my stage presence.

In what ways is competing in the Olympia different from other events? Could you explain what the Olympia atmosphere is like for you?

It's one of the most prestigious shows in bodybuilding. The best of the best are there. It's so humbling to be able to compete at such a huge event with so many other amazing athletes. The atmosphere is always so positive and, for me, peaceful but fun at the same time.

I understand you are also a police officer. What is it about this job that attracts you most?

I am actually taking a break from police work at the moment. I am traveling a lot and law enforcement is a demanding job. I can always go back, but I may not always be able to do what I am doing now.

How do you personally make fitness a lifestyle? How have you been able to balance the requirements needed to stay in shape year round?

If you want it, you will do it. I've been living this lifestyle for two and a half years now (since I started competing). It was a life change for sure, but a positive one. It's a learning experience. At first, you have to learn how to make it work for you and your family.

How would you describe yourself as a competitor?

Fun! I absolutely love the stage. I wish I never had to get off the stage. I grew up performing, so that's probably why I enjoy it so much. As far as training for a show, I would say I'm intense.

What do you love most about competing at the Olympia?

It's just such an honor to be there among the best bikini competitors in the world. It's also a super fun weekend. The expo is also a lot of fun. You get to meet so many nice people. I'll be with BSN this year so make sure to stop by and say hello. 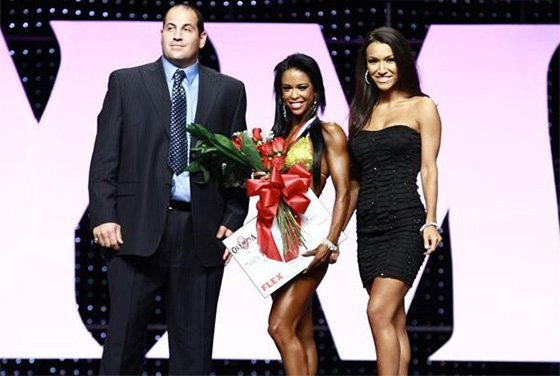 Competing in the Olympia against the world's best bikini competitors can be a daunting prospect. How do you deal with the pressure to bring your best package to this event?

I don't put pressure on myself. I train my butt off and go as hard as I can. It's all I can do; the rest is up to God. My faith has helped me get through it all.

What advice would you give to an up-and-coming bikini competitor who is focused upon eventually making the Olympia lineup?

Work hard. Always come in at your best. Don't slack. It's all about moving up, not down. If you don't place as well as you would have liked at a show, it's OK. It won't make you or break you unless you let it break you. Don't get discouraged, and stay focused on that dream.

Who would you like to thank for helping you to be at your best for this year's Olympia?

I would like to thank my coach, Shannon Dey, for helping me prep for the biggest show in the world. She is always so supportive and encouraging and is just amazing.

I would also like to thank my manager, J.M. Manion, for all of his guidance throughout my entire competitive career. [NPC] President Jim Manion gave me the opportunity to be a part of the IFBB/NPC. And BSN! Thank you for everything and the constant support.