Although it's a new division, the Men's Physique category has taken the NPC and IFBB by storm. Learn more about what makes this class so special and get some advice from the competition!

Before 2011, if a guy wanted to show off his body in the NPC arena, he'd have to do bodybuilding. Hardgainers, 6'7" skyscrapers, and guys just looking for a challenge would have to pack on the mass and hope for the best, although they'd usually get crushed like beer cans by mesomorphs who added mass with ease. There wasn't another option.

Today, however, amateurs and pros alike can compete in the men's physique division. Although it was met with jokes and criticism at first, it's since become a legitimate division that's home to some great athletes.

The first ever Physique Olympia contest was held in September 2013, and Mark Anthony Wingson won the Sandow.

What is Men's Physique?

Because it's a fairly new division, men's physique doesn't have the history, reputation, or legacy that bodybuilding does. It's also unfamiliar to those outside the competition circuit. So, here are the rules followed by my own guidance:

"Judges will be looking for fit contestants who display proper shape and symmetry combined with muscularity and overall condition. This is not a bodybuilding contest, so extreme muscularity should be marked down."

For athletes, interpreting these rules can be confusing. How lean should I be? How big? If you're planning to compete, check out the competitors of previous contests in your area. Pay attention to what the athletes looked like and which ones did well. It's also a good idea to research other contests around the country to see how the athletes look.

As the new division grows, the judges and competitors will establish the criteria for victory on the stage.

By doing this, you'll be better able to decide the best way to come in (bigger, leaner, etc.) for a particular show. I also suggest reaching out to experienced competitors or coaches. At one point, they were right where you are and they're usually glad to help answer your questions.

"Contestants will be asked to walk in board shorts (shorts must be just above the knee in length and can be one inch below the belly button, no spandex and no logos are permitted on the board shorts however a manufacturer's logo such as Nike or Billabong symbols are acceptable.) Competitors will enter the stage without a shirt and barefoot. No lewd acts are allowed—for example the moon pose. Judges are looking for the contestant with the best stage presence and poise who can successfully convey his personality to the audience."

Many people outside the division, especially bodybuilders, think longer board shorts are worn to cover scrawny legs. Yes, some of the physique athletes do have small legs or aren't proportional, but that's not always the case. Some of the best legs I have ever seen are on physique athletes. Does that mean they are the size of Jay Cutler's? No, but they are balanced with great definition and bring together a symmetrical and aesthetic physique.

Like many physique athletes, I think the shorts should be shorter. It is a physique contest and your legs are a part of your physique. Allowing the athletes to show a little bit more quad would make the division even more competitive and bring more support and credibility to the class.

"Competitors will walk to the center of the stage alone and perform quarter (1/4) turns with optional pose of hand on hip or hand in pocket, finish facing the judges as directed then proceed to the side of the stage."

I think most athletes would like the freedom to do an actual routine to show their personality. I also think that more mandatory poses like the double biceps would show off more of the physique. This is a physique contest and some of the best parts of the physique are never shown because there aren't any poses.

The board shorts in the division created a stir among athletes. Some want to show more development of the upper leg, and others prefer the chosen look.

However because these mandatory poses are regulated nationwide, everyone who competes is on an even playing field. That way, no athlete has any advantage over another.

The judging criterion has evolved over time. The first pros chosen for the class were bigger with more musculature. From there, competitors were smaller and "softer" than their predecessors. It's going to take some time for this new class distinction to take hold.

For the first competitors in the new division, the first year was rough, because they didn't know what condition to bring to a show. Some athletes changed their overall physiques multiple times, but were continually met with frustration.

Even now different parts of the country have unique standards for winning physiques.

Even if you've already competed in men's physique, you might be looking for some direction. Here's my take, as well as some help from two other amazing competitors:

The advice I give to anyone wanting to participate in the Men's Physique division: research. Find out what the other athletes look like, placing trends at various shows, popular colors of board shorts. Don't be afraid to ask questions. Use the resources you have and educate yourself.

"Blaze your own trail! You can accomplish anything you want with a strong mind, strong goals, and hard work."

Use a training regimen and nutrition plan that will build the ideal physique for the class. Nutrition is 80 percent of the equation, so put extra emphasis on your nutrition plan. If all of your research and questions still leave you with questions, consider hiring a trainer. I wouldn't be where I am at today without the help of a coach.

All the top athletes in the industry have worked with coaches at one time or another and most all of them still do. YouTube is great for learning how to pose and getting a sense of which physiques are best.

Also, BodySpace is a great place to meet and interact with top pros and other competitors in the industry.

Don't try to be just like someone else—that's a recipe for failure. It's OK to look up to, learn from, and be inspired by others, but don't put yourself below them and assume that in order to be successful, you have to emulate them. Blaze your own trail! You can accomplish anything you want with a strong mind, strong goals, and hard work.

So if you want something, go get it. If you try to copy whatever someone else is doing, you lose sight who you are and what you represent. That indecision will show up on stage.

Surround yourself with positive people. Negative people will just bring you down and make it that much harder for you to achieve your goals. The people who bring you down are afraid of change. They feel that your positive attitude and hard work will somehow make them have to change. Those changes are scary, so they can become your worst critics.

Last, get rid of the bodybuilding mentality. By all means, bring a physique to the stage that you are proud of and you feel best represents you. But remember, bigger isn't always better. If you want a bigger physique and more of the bodybuilder look, you may want to consider that class.

I competed twice as a pro in 2012. I was told that I was too big and needed to tone down my look. This year, I was able to bring in my waist an inch and bring down my stage weight 7 pounds to 210. I listened to feedback and applied it to my training and prep. I encourage everyone to do the same. 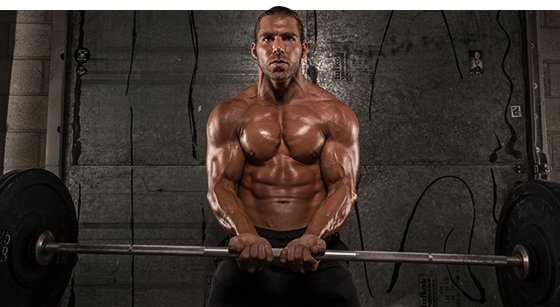 "It's great to dream big, but it's better to have a solid plan of action."

The reason I started competing in the first place was for the exposure. I wanted to display my brand and monetize other opportunities that I have working. Knowing this, I'll say that before you step on stage, you need to come up with a long-term goal. What do you want to get out of competing? Is it to be Mr. Olympia in men's physique? If it's to get rich, you need to focus on delivering a product or a system which separates you in the industry. There are very few big contracts handed out anymore.

I live in New York City, so my take on "rich" may be much different than yours. But to make six figures in the fitness industry takes more than sponsorship. I don't mean to kill your dreams, but I bring this up to give you a sense of reality. It's great to dream big, but it's better to have a solid plan of action and hard work.

Get busy, inspire others, and enjoy the journey. I have a hard time doing the latter, so my focus for this year is to live in the moment.

Find yourself a good nutritionist and prep coach. If you don't fully understand your body and how food affects it, it can really hinder your results. People tend to ruin their metabolism by drastically depleting their caloric intake (especially carbs), and doing excessive cardio. A nutritional coach can guide you up until when you hit that stage. Your entire prep, in particular "peak week," is all about nutritional science. If you don't understand how to reach your full physique potential, make this investment. It is money well spent.

"The judges love to see that you are interested in making yourself better on stage and bettering the sport as a whole."

If you go into the competition with the mindset: "Hey, I gave it my all and I couldn't do anything else to make my body look any better," then no matter the placing you won't question your prep.

Let's say you do come in looking fantastic but don't place as high as you think you should have. Don't make a scene, don't run your mouth, and do not bash anyone. Congratulate the winners on their success and get feedback from the judges.

Ask them what you can do to improve your placing. The judges love to see that you are interested in making yourself better on stage and bettering the sport as a whole.

One last note of advice: after the competition, it is OK to reward yourself with an "I'm off the prep diet" cheat meal. Here's the key, keep it to a meal and not a weeks' worth of bingeing! Your body's metabolism is slowed down from the prep, and when you load up on all that food, your body will store it.

Instead of going crazy, a better idea is to do a reverse-prep diet. Start adding the calories back into your diet slowly to avoid drastic weight gains. Your metabolism will catch up to the food intake and return to normal. Why kill yourself for 12 weeks only to spend a week regaining all the weight?