Meet The Clean: Your First Step Toward Olympic Lifting

There's a reason that so many pro sports teams favor variations of the clean in their training: it teaches force production like no other movement. Do it right and feel the power!

The popularity of CrossFit and a number of other cross-training, group exercise, and boot camp classes has led to a dramatic upswing in the use of the Olympic lifts in recent years. However, the innate difficulty and highly technical nature of these lifts predisposes them to major errors. They are complex and demanding to learn and teach.

The clean, primarily intended to develop power, has risen to the top of these classes as a conditioning drill, even though it is one of the most technical movements in sports. People often have major misconceptions of how the lift is executed—in both the power (from the floor) and hang (from the thigh) varieties—because their exposure only comes from watching the lift performed. Unfortunately, this is also the only experience many who try to teach the lifts have as well; many have no actual background in teaching Olympic lifts.

The clean movement does not pay off when done incorrectly. Do a shoddy job, and you possibly set yourself or your student up for no progress at all—and that's the best-case scenario. The worst, of course, is a major injury. And with everyone around you now familiar with and wanting to do the clean, there's a good chance you'll pass your errors along to them, perpetuating the cycle.

This article is not meant to teach you the clean. I opine that a qualified Olympic lifting coach is the only person who should do that—and in person whenever possible. Instead, I'm going to help you understand the foundations of the movement, as well as some starting points to get you going in the right directions. That way, when you finally meet with your coach, you'll be ready to learn.

The Clean is Force Training /// 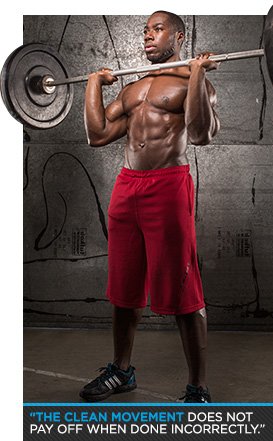 Inexperienced practitioners often believe that the back and shoulders do the majority of the work during the clean, and that the movement is a variety of pull. However, this lift is massively explosive and powerful; the majority of the power is generated in the hips and legs. The word "pull" doesn't begin to cover all of what happens.

Power is defined in physics as force multiplied by distance divided by time. In a sports setting, think of force as the strength your muscles generate, and the distance and time as the speed with which those muscles contract. Increase either, and power goes up; increase both, and the outcome can be spectacular. One of the most effective ways to generate this power is by executing a triple extension.

As I explained in a previous article, the triple extension involves the opening up of the hip, knee and ankle joints almost simultaneously, which maximizes the output of power generated from the lower body.

In almost every sport, there is a moment where the feet are in touch with the ground and power is generated from the legs and hips, transferred to the trunk, and extended to the chest, shoulders, and arms. Think of spiking a volleyball, swinging a baseball bat, or throwing a punch—they all require the full activation of the legs in order to produce the best results.

This is where the clean comes into play. You already know that significant strength is necessary in order to lift a weight off the ground. Moving that weight from the ground to the shoulders is a whole different animal, because you simply can't be slow about it. As a coach once told me a long time ago, "You can't jump slow!"

A good, safe clean isn't just built by practice and repetition. It's built by those things on top of a foundation of movements such as front squats and Romanian deadlifts, both of which highly resemble portions of the clean.

Before moving up to the clean, I recommend being proficient in both lifts. I like to call them "starter exercises." Here's what they'll do for you:

Front Squat: This exercise is not only an excellent developer of the knee and hip extensors, but it also develops strength and balance in what will become the receiving position for the clean. You don't want your first clean attempt to be the first time you've handled a weight in the racked position. 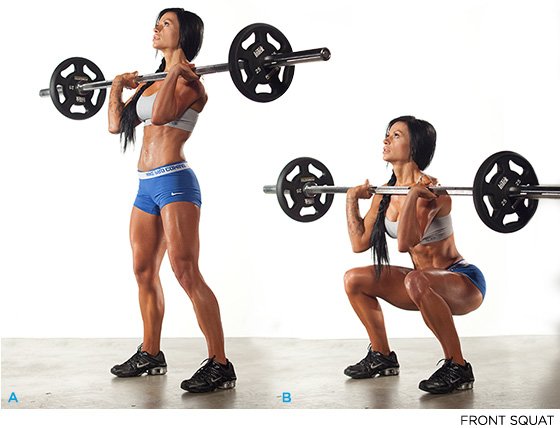 Romanian Deadlift: This a great strengthening exercise for the muscles used in the second half of the power clean. The hamstrings and glutes fire concentrically, and the erector spinae muscles isometrically. 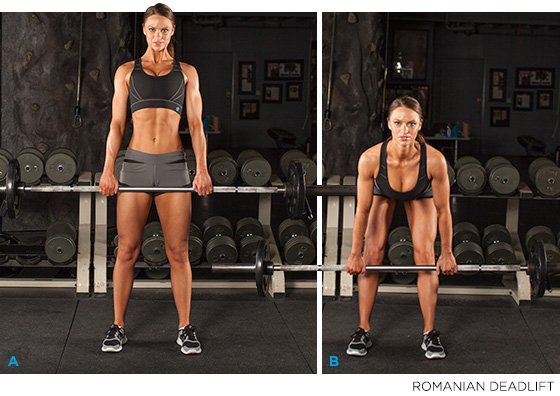 Feel like you have a solid foundation? Great, but it's still not time to start ripping heavy barbells off the floor. Because it is such a complex movement, I like to teach the clean by breaking it down into a progression of smaller movements.

Master the movement from each of these starting positions, from blocks if necessary:

No matter which level of progression you practice, the starting position for the clean is extremely important. Simply put, you will not finish correctly if you start incorrectly.

Here's the mental checklist for you to memorize:

Keeping everything tight and in-line from the beginning will ensure that the barbell will stay within the proper trajectory, which is over the base of the lifter during the execution of the lift. If the barbell moves outside of that base, failure is inevitable. There are many, many YouTube videos to remind you what failure looks like.

OK, you're there. You're set up in the appropriate stage of the progression, with your body tight and positioned. What comes next is an exact science, and as I mentioned earlier, a knowledgeable and experienced coach is the one to teach it to you. But here are a couple of my favorite cues that you can keep in mind. 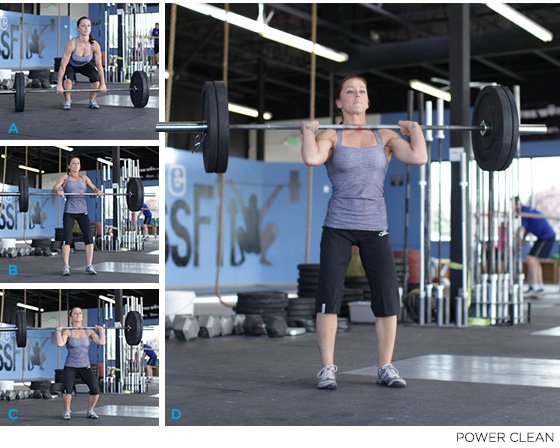 The inertia of the barbell is the initial variable; you must overcome it before you even think about receiving the weight. It's an object at rest, and it wants to stay right where it is. To get it off the ground and into your control, you have to use big muscles.

If you can master this complex process, you'll see it pay off in whatever manner of competition you call your own. A vast majority of football programs, both collegiate and professional, use the power clean in regular training. The reason is simple: It's not easy, but it's a great way to take your power and athleticism to new heights.