Imagery alone will not make a champion. Athletes still have to spend hours in the gym and on the field and also employ some of the other psychological techniques at their service. These are now an integral part of their training regimen.

We all know that to maximize your potential in the gym we have to workout, eat right and live a fitness lifestyle. However, the mind and it's impact on training is often overlooked. Most of us realize that through the use of psychological techniques developed to improve athletic sports performance you can take your training to the next level, but exactly what are these techniques and how do we take advantage of them? Hopefully, this article will answer some of these questions and help you to understand some of these concepts and how apply them to your training. 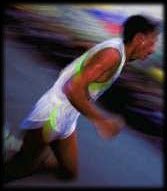 Throughout history there are examples of great feats of physical prowess, situations where the mind has had to overcome the limitations of the body. The most well known example is Phidippides, the Greek runner. Phidippides ran a total of 280 miles in 3 days, fought in a war, then ran another 26 miles with news of a victory. He died shortly afterward from fatigue, but he accomplished a feat that is still unmatched today. Certainly athletes today are in much better physical shape due to scientific training methods. But Phidippides demonstrated incredible mental fortitude, above and beyond the average person.

How exactly does the mind overcome physical limitations? What allows some people the mental edge in life and in athletics to go above and beyond the norm? Most athletes and coaches agree that winning is 90% mental. It all comes down to this - those that can overcome pain, physical discomfort, and psychological barriers will succeed. Realizing the importance of the mental game, most elite athletes enlist the aid of sports psychologists to better prepare them for competition.

There are several methods that sports psychologists use. They often use a combination of clinical skills and non-traditional methods in their practice. In the past, the non-traditional methods were scoffed at for many reasons; the main one being a lack of scientific research in the field. In the past 2 decades, research has shown that without a doubt certain methods can propel an athletes' career to a higher level of achievement.

The most common non-traditional methods that sports psychologists use are imagery, controlling psychic energy, stress management and concentration skills. These methods have become necessary skills for athletes to master if they are to bring their performance to an elite level. They are all designed to enhance the mind-body link and allow the brain to have more control over the body. By this I mean in terms of neurological functioning, rather than simple movement, things such as pain control, neural pathways (skill) and sensory intake.

Of the four methods, imagery is the most important tool that sports psychologists use. Imagery involves an experience similar to a sensory experience, but arising in the absence of an external stimuli. It can involve any of the senses, not just visualization. Imagery is used to help athletes acquire or practice complex motor skills, to rehearse strategies to be followed in a particular contest, and to develop a greater sense of self-awareness.

The concept of imagery is not a new one. It actually began with reports from India that the yogis there were performing remarkable feats. The yogis did this by actually controlling their autonomic nervous system, a system we thought we had no mental control over. One of the most famous studies done was aired on PBS. The Swami Raja allowed himself to be placed in a tank with a 5-minute oxygen supply while scientists monitored his vital signs. They found that he slowed his respiration and heart rate down almost two-thirds of what his normal numbers were. The Swami Raja was able to control basic physiological functions after years of imagery training.

The Psychoneuromuscular Theory
There are two main theories that attempt to explain why imagery works. The Psychoneuromuscular Theory postulates that vivid, imagined events produce the same neuromuscular responses similar to those of an actual experience. You have to take care to duplicate any emotions you may feel at the time and any background activity that will be going on, such as noise. It seems that the images in the brain actually cause muscular contractions so small that no movement actually takes place, but the pathway is utilized.

Symbolic Learning Theory
The second theory is the Symbolic Learning Theory. This theory says that imagery develops a coding system of movement patterns. Imagery creates a mental blueprint in the central nervous system. Most scientists like this theory better than the Psychoneuromuscular Theory because not all studies have been able to show neuromuscular activity. They also like it because it uses the principle of positive reinforcement. Imagery helps an athlete break cycles of bad play by imagining good play without ever stepping onto the playing field.

Sensory Awareness
In sensory awareness training, the athlete manipulates past experiences into what they want future experiences to look like. To do this the athlete must first become consciously aware of every movement involved in a particular skill. The problem with this is most athletes have performed certain movements so many times they don't think about them anymore. They can overcome this by slowing down their movements and using mindfulness to develop greater awareness.

Develop Vividness
The second phase is to develop vividness. Imagery will not work unless you can duplicate in your mind everything that is going on during a competition. The athlete must consciously be aware of what their coach would be doing, what the crowd is like, any smells in the air, and what the weather would be like. Once they achieve this, their imagery sessions will be so close to the actual experience that their mind can't help but lay down blueprints of the actual skill movements.

Controllability
Phase three is relatively simple. It involves controllability. The athlete must learn to manipulate their images to produce the desired outcome. To do this they must achieve awareness and vividness so that the experience seems real. It cannot just be an unconscious thought of what happens next. The athlete must be in the same mindset that they would have in an actual competition.

Other Ways To Teach Imagery

There are a few other minor skills sports psychologists use to teach imagery. They work with the athlete on relaxation techniques, focusing on actually relaxing during the competition. Such a skill is called relaxed attention, the athlete is still completely focused in the competition, but their breathing, heart rate, etc. is close to normal. Usually an athlete is in a high state of arousal during competition and that can detract from their concentration. 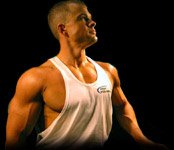 Understanding what your motivation and expectations are is also important to imagery. Having unrealistic expectations will only lead to disappointment. Many athletes desperately want success overnight. No amount of practice or imagery training will do that. By tailoring imagery programs to short-term goals, but still keeping the long-term goal in mind, an athlete will avoid setting up mental blocks that they cannot overcome.

Likewise, it is important to know what your motivation is. An imagery program revolves around achieving a goal. That goal may be anything from fame to money to personal growth. Whatever the case is, the athletes driving factor must be a part of their imagery program.

Imagery alone will not make a champion. Athletes still have to spend hours in the gym and on the field and also employ some of the other psychological techniques at their service. Nonetheless, what was once thought of as parlor trickery is now an integral part of their training regimen.