What Is Basketball Speed? Improve Your Game With Valuable Training!

Speed definitely kills. Take a look at any high-level basketball game and tell me if you see any good, slow players. Here's a great training plan and tips to improve your speed on the court.

In basketball, speed kills. There is no doubt about that deceptively underwhelming gem. Speed definitely kills. Take a look at any high-level basketball game and tell me if you see any good, slow players. You don't right? Of course you don't, because they don't exist!

There is no question there are other skills that are important in your development as a basketball player. Being able to shoot the lights out is huge. Being a dependable ball-handler is necessary. Making good decisions is a must. But, all those skills become amplified when you become a speed demon.

How? Well, you can get off better shots now because you can easily jet away from your defender. Your handle now seems tighter, because you are blowing by your man every chance you get.

Your decision-making improves immensely because you are moving so much faster and the rest of the game seems to be move slower. If you can slow the game down, you'll have more time to make better, smarter decisions.

What Is Basketball Speed?

So, what is basketball speed? I'll first tell you what it isn't. It is not an all-out sprint. Although I'm sure he would make a fast (and decent) basketball player, putting Usain Bolt on a basketball court would not make him the "fastest player on the court".

What does that mean exactly? It's just that basketball is a chaotic sport, where emphasis is placed on the ability to accelerate rapidly and usually in non-linear directions.

For example, in a game situation, you may have to accelerate hard left toward the baseline to cut off your man. Then, after a missed shot, you immediately change direction as you move to catch an outlet pass. You make the catch and speed dribble, accelerating toward the other team's basket until you hit the free throw line, where you have to stop on a dime and pull up for an easy 15-footer. That's basketball speed.

Since basketball speed is a combination of acceleration capabilities and reaction time. Those are the two main things we want to improve. But, due to the "Trainers Honesty Code of Conduct", I am obligated to tell you that reaction time is actually largely genetic and training for it will probably just end up wasting your time.

To knock out the first one (overcoming your body), the key is getting stronger. As you gain strength, your body will actually "appear" lighter to you and therefore, it will be much easier to maneuver around.

To work on the second one, there are two things you can do. The first thing is sprint training. But this isn't the normal type of sprinting you probably think about, where you run hard for a certain amount of time, rest for a short period and then sprint again. In my profession, we call that conditioning.

Real speed work needs to be of very-high quality, with more than ample rest between sprints. These longer rest periods guarantee you won't be fatigued from the last sprint completed. 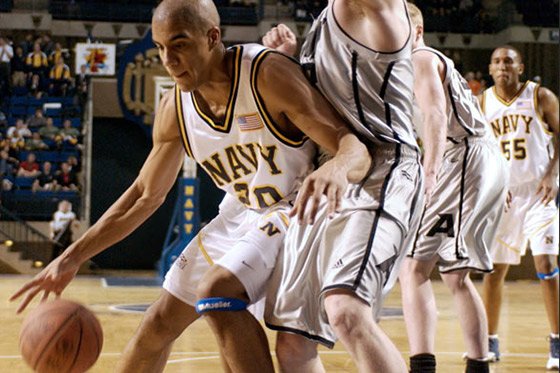 "Basketball Speed Is A Combination Of Acceleration Capabilities And Reaction Times."

Hypothetically, if you were still in a fatigued state as you began your next sprint, there is no way you would be able to put out a real sprint. It would probably end up being an 80-90 percent sprint (that is 80-90 percent of your true, non-masked-by-fatigue speed). To get faster, we need nothing but 100 percent.

The second thing you can do is what I like to call basketball sprints. With these, you actually get on a basketball court with a ball, pick a couple of your favorite moves and work on repping them out as fast as you possibly can.

Try starting at the top of the 3-point line, make one of your chosen moves and immediately explode directly toward the basket as fast as you can into a lay-up or dunk.

Since we are already on the basketball court, we want to be more specific with our training so you'll want to use shorter rest periods, to better simulate game situations. But your effort should still be 100 percent.

Now that you know what basketball speed is, what it's all about and exactly what needs to be done to improve it, what are you waiting for? Go get some speed!

Alex's areas of expertise revolve around the basketball player and his innate ability to extract incredible improvements...