How Bodybuilders Can Avoid Tendon Trouble

Repetitive motions like lifting weights can set you up for overuse injuries, the most common of which is tendinopathy. Here's how to avoid it, and what to do if it strikes.

Weight training is an activity that requires repetitive movements on a consistent basis in order to maximize results. In addition to performing repetitive movements consistently, weightlifters must often perform these movements with relatively heavy loads to reach failure or near failure on various exercises. Because of the repetitive nature, overuse injuries are common. One such injury is tendinopathy, which is a condition that affects a tendon, possibly causing chronic pain or even a ruptured tendon.1

While the term tendinitis is more recognized, tendinopathy is a more general term that can refer to either tendinitis, tendinosis, or a tendon tear. Although tendinitis and tendinosis are similar in that they both affect the tendon, there are several differences. Tendinitis results from micro-tears that happen when the musculotendinous unit is overloaded with a tensile force that's too heavy and/or too sudden and causes inflammation of the tendon.

On the other hand, tendinosis results from continued overuse of the tendon without giving it time to heal. Chronic overuse results in degeneration of the tendon's collagen.

Because the term tendinopathy doesn't take into account the underlying pathology of the injury, medical professionals have given preference to this term for these tendon conditions over the past several years.

Tendon Trouble Where And Why?

Tendinopathy is extremely common among longtime lifters, and many of you will encounter it at some point. It can occur from a combination of both intrinsic and extrinsic factors. Examples of extrinsic factors, which are those factors found outside of the body, mainly include the following: exercise selection, load used for the exercise, diet, and speed of the movement.

Examples of intrinsic factors, which are those found within the body, mainly include poor biomechanics such as muscular imbalances, lack of flexibility/mobility, and limb malalignments. Since several variables can contribute to tendinopathy, it's essential to be aware of the potential causes. 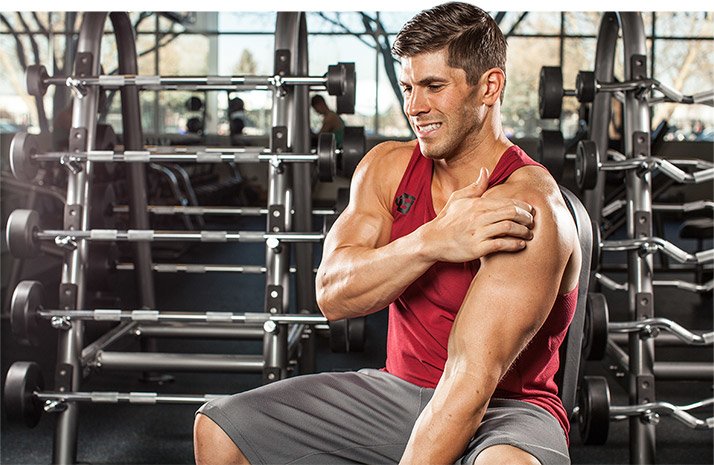 It's not uncommon for many weightlifters to ignore the pain associated with tendinopathy and implement the no-pain, no-gain mentality.

The most common sites for tendinopathy are the supraspinatus of the rotator cuff, the origin of the long head of the biceps in the shoulder, the origin of the wrist extensors and flexors (on the lateral and medial aspect of the elbow, respectively), the patellar tendon, the Achilles tendon, and the posterior tibialis tendon.1 Among weightlifters, the insertion of the triceps tendon on the posterior aspect of the elbow is another common problem area.

It's not uncommon for many weightlifters to ignore the pain associated with tendinopathy and implement the no-pain, no-gain mentality. That's usually not very smart. For example, painful tendons have been shown to have changes in cellularity (both increased and decreased), cell rounding, decreased matrix organization, and an increased infiltration of blood vessels, among many other changes at the molecular level.1

Collectively, these structural changes to the tissue make the tendon more susceptible to more severe injuries such as a complete tendon rupture. 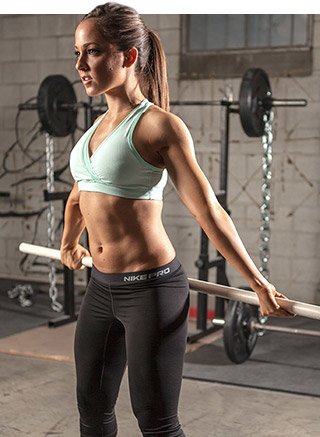 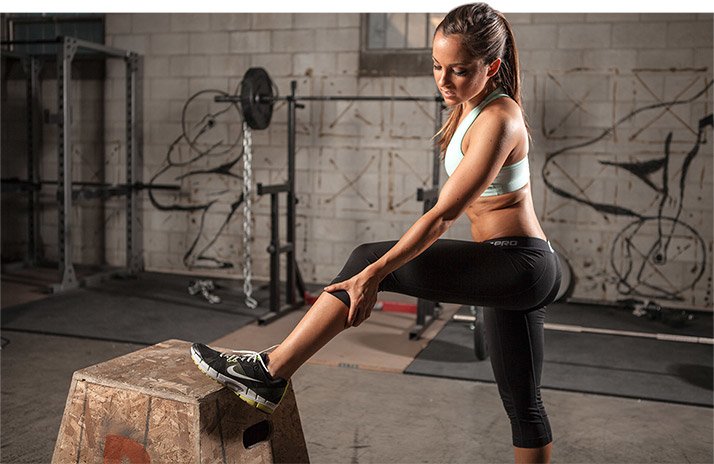 Don't ignore sharp pain in the tendon during the workout or after the workout, as it's an indication that a tendinopathy may be present.

Once a tendinopathy appears, it tends to stick around. According to research published in "Physician and Sports Medicine," patients afflicted with short-duration tendon symptoms generally return to full sporting activity in 2-3 months, and patients with chronic symptoms may require 4-6 months.2

While it's not often necessary to stop training altogether when dealing with a tendinopathy, it's important to avoid exercises that aggrevate pain in the tendon.

Here are a number of strategies that can be used to treat tendinopathy: 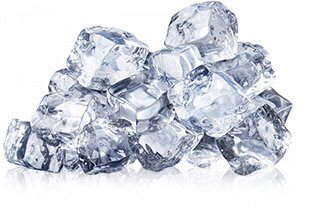 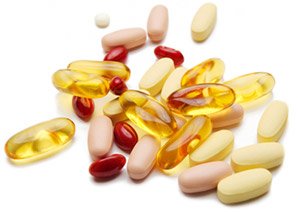 The use of nonsteroidal anti-inflammatory drugs (NSAIDs) and corticosteroid injections to treat tendinopathy is controversial. Although the use of these drugs was previously a preferred method, little evidence exists to support this treatment option. While these drugs may provide short-term relief, some literature suggests that these drugs may inhibit tendon repair.2

Bottom line: Preventing tendinopathy is much easier than trying to treat it, as this condition may develop into something worse. Use the above suggestions to protect your body and lift weights safely.