Walking out of the gym feeling anything but triumphant? The solution could be as simple as switching up a few minor details in how you prepare for and plan your workout. Don't dump your program until you try these tips first!

Showing up, Woody Allen famously said, is 80 percent of success. But let's be honest: Woody wasn't heading to the weight room to do battle with the iron. When it comes to lifting, getting to the gym is still crucial, but so is doing quality work while you're there.

The difference between leaving feeling triumphant—"What a great workout!"—and leaving disappointed—"What a royal beat-down!"—can seem like a mystery, but it shouldn't be.

Before you start resorting to a bunch of weird metaphors about plateaus and mesas, try these eight techniques to make the most of your precious time in the gym. You'll be surprised by how big a difference they can make!

Sip Water Throughout The Day

Hydration is an often overlooked element of prepping for a workout, but it's a must—particularly if you train intensely. "Hydration is a key factor in being able to push yourself to the limit," says Dymatize athlete Lawrence Ballenger. "You'll lose roughly 10 percent of your strength from being dehydrated." Studies have shown that even mild dehydration can also negatively impact your mood, mental acuity, and energy level—even if you don't feel thirsty. 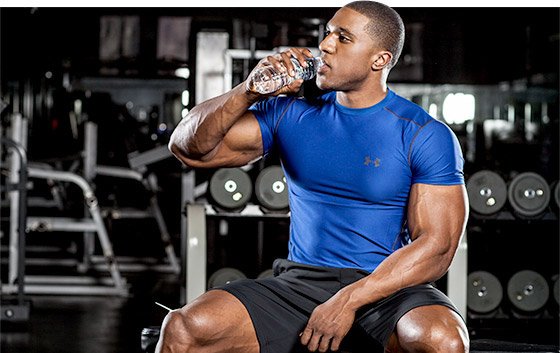 "Hydration is a key factor in being able to push yourself to the limit," says Lawrence Ballenger.

Many people walk around all day long without realizing they're in a partially dehydrated state. The best way to avoid this is to make a water bottle a fixture in your life at home, on the road, at work—everywhere. Make sure you're sipping it throughout the day, so your tank is full when it comes time to train.

Quality intra-workout blends such as Dymatize's AminoPro contain electrolytes to help your body hold on to water during long workouts. If you've been debating whether to use an intra-workout supplement like BCAAs, consider this a point in their favor as well.

Remember: If you're thirsty, you're already dehydrated. At that point, stop sipping and get gulping, because gulping speeds up the rate at which your body absorbs water. Your best bet is to keep from becoming dehydrated in the first place!

If your first stop after rolling out of bed and throwing on some shorts is the gym, you're probably going to be less than enthusiastic when you pick up your first heavy object of the morning.

Before you get under the bar or hop on the treadmill, give yourself an extra jolt of energy in the form of your favorite tunes.

Ballenger swears by using music to help pump him up for his lifting. "Put in some headphones and play one of your favorite songs to get you in the zone while warming up on the treadmill for five minutes," he says.

Need some inspiration? Ballenger shared his personal playlist, which starts off with Rob Bailey and the Hustle Standard's "Hungry." Listen, and you'll want to lift.

Squeeze Until You Can't Squeeze Any More

Wondering why you don't "feel it" where you think you should after a certain workout? The answer could be a squeeze away. You may be doing this at the top of biceps curls, but it works just as well—maybe better—south of the border.


One trick that IFBB Pro Jennifer Dawn Chapman raves about is squeezing her glutes as hard as possible whenever she's doing a move—any move—that engages her backside. "The uglier the squeeze, the hotter the strut," she says.

If you're doing glute bridges, for example, squeeze your glutes tightly at the top for four seconds before releasing and moving on to the next rep. This can work with squat or deadlift variations, too. 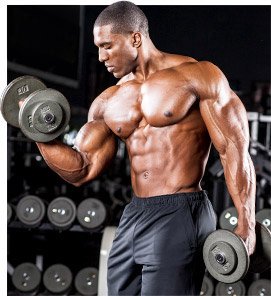 The more you maintain focus and control during the set, the greater your strength gains will be.

The first thing many people do when they feel a bit weak in the gym is test themselves against a really heavy weight. Maybe they think it'll kick-start their mojo somehow. Maybe they're just trying to prove that they still have "it" when their body is feeling whiney. Either way, it's a bad idea!

Rather than adding more weight to the bar, try taking a few pounds off. By lightening the weight, you'll really dial in your technique and pay attention to precisely what's going on in your body.

Try to feel each muscle contracting as you move through the movement—remember the squeeze? The more you maintain focus and control during the set, the greater your strength gains will be.

Train this way for a few sessions and you'll be surprised by your increase in strength and workout quality. Train with your ego holding the wheel, though, and you'll end up feeling beaten up by sloppy form. The choice is easy!

Quick: What's the most important ingredient in your pre-workout? If you're like most people, you'll say something like caffeine or beta-alanine, since these two ingredients are great at making you feel energized at the start of your workout—particularly in caffeine's case—and helping you survive a grueling heap of reps.

But let's be honest: In a great workout, you do more than just survive. You thrive! Try a product that boosts blood flow to produce a stronger muscle pump and improve endurance. Don't just push through sets; push blood into muscles!

Lawrence favors Dymatize M.P.ACT before his hardest sessions, since it backs up its caffeine and beta-alanine content with pump-boosting ingredients like agmatine sulfate, beet root extract, and an exclusive high-polyphenolic pomegranate extract.

Hammer Your Weaknesses With Variable Resistance

People often think they've reached their ceiling with big lifts like the bench press, squat, or deadlift, when they're actually just getting worn down by a certain sticking point in that lift.

This is when a knowledgeable set of extra eyes can come in handy—and don't be surprised if your helper recommend you dial down the weight and add some extra resistance to the lift in the form of strength bands or chains.

"Adding chains or resistance bands to your strength training allows you to use a lighter weight and increase your lifting speed so you can push past the plateaus," explains Ballenger. You'll feel the difference right away, but after a few weeks of practice, don't be surprised if you find yourself waving bye-bye to your previous PR.

We're all guilty of it: rest periods that drag on a little longer than they should, eventually becoming chat sessions or mirror 'mirin. There's nothing wrong with taking a breather between sets, but that's all it should be. Rest periods shouldn't be mini rest days!

The answer is right there on your phone, or up on the wall in the gym: the clock! The longer you allow the muscle to rest, the more pump you lose, and the less momentum you'll have going into your next set. Make sure your rest break is long enough for you to go on and maintain optimal weight and form, but no longer.

If your program has recommended rest periods, follow them to the second!

If you typically perform isolation exercises such as curls, overhead triceps extensions, and lateral raises while standing, switch things up. Next time, try doing them while seated. 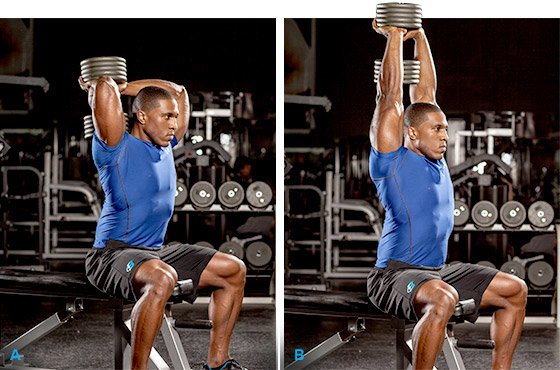 
Sitting will help ensure you aren't using any momentum to help fuel the movement, like swinging your arms back and forth with each biceps curl. You'll immediately find that you're able to focus far more effectively on performing a slow, controlled movement. Hello, pump!

This goes in the other direction, too. If you're always parked on your can in front of the dumbbell rack, stand up. Doing the same thing in a different way is a great technique to shake off a slump and give your body a fresh stimulus. Never stop growing!