Kim Dolan Leto began her fitness career at age 30. Sixteen years later, she's become one of the most recognizable faces and well-known voices in the industry. Read her inspiring story!

On December 3, 2014, Kim Dolan Leto turned 46. It's an age some consider "too old" to do more than light-weight machine workouts and far, far too old to compete. To Leto, however, that number is insignificant.

Leto, a fitness competitor, model, writer, family fitness expert, mother, and wife, chooses to continue the same fitness-forward lifestyle she's been living for the last 15 years. She doesn't let her weight fluctuate. She eats clean, balanced meals, practices gymnastics and lifts weights, and shows her 7-year-old daughter Giavella exactly what it means to be healthy of mind, body, and spirit.

"I don't get caught up in the numbers," she says. "I don't care about my age. I don't limit myself. I don't use anything as an excuse to give up."

Because of this belief, Leto sees no reason to slow down. "I think fitness just changes the way people age," she says. "The last show I did, I was 43 years old. I think you can always just keep going. Your body will quit when your mind tells it to." 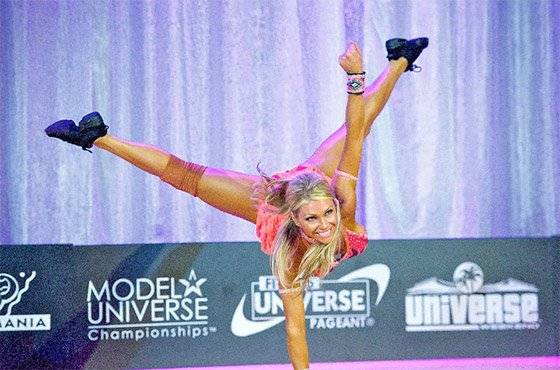 Before jumping head-first into the fitness industry, Leto was a thriving pharmaceutical rep. "I had a successful career," she says, "but I was out of shape." Her personal health and fitness didn't become a priority until, when she was 30, her father suffered a stroke. Concerned that she was headed in the same direction, Leto took a look at her lifestyle and realized she needed to make a change.

"I saw a Fitness America show on television, and, for no reason grounded in reality, made the decision to pursue a career in fitness," she says. So, without any previous formal training, she started going to gymnastics. "There I was, 30 years old, out of shape, and learning how to tumble." She may not have started at the top of the class, but she learned quickly. "I learned how to do roundoff fulls," she says, "I learned how to do standing back tucks. I turned myself into a hardcore athlete."

"Obviously, there's no way you can learn that stuff unless you are athletic," says Leto of her natural gifts. "I don't want to sound demotivating, but, if you have a natural propensity for something like that, you can use it to your advantage."

And use it she did. Her athletic ability, coupled with a fierce work ethic, made Leto a very good fitness competitor in a fairly short amount of time. She competed in her first show in 2000 and has continued to be a competitive athlete well into her 40s. "I was always looking at how I could get better," she says. "I don't ever want to stay where I start. When I turned 40, I competed and I learned how to do a one-arm handstand. I'm always trying to learn how to do new things and new tricks."

Her success on the fitness stage, coupled with her positive message, made her the perfect spokeswoman for the fitness industry. She's been on the cover of Oxygen magazine numerous times, is the director of family health and wellness for the International Sports Sciences Association (ISSA), and is a heavily published fitness professional.

Her goals now center on inspiring other women to find health and positivity through fitness. 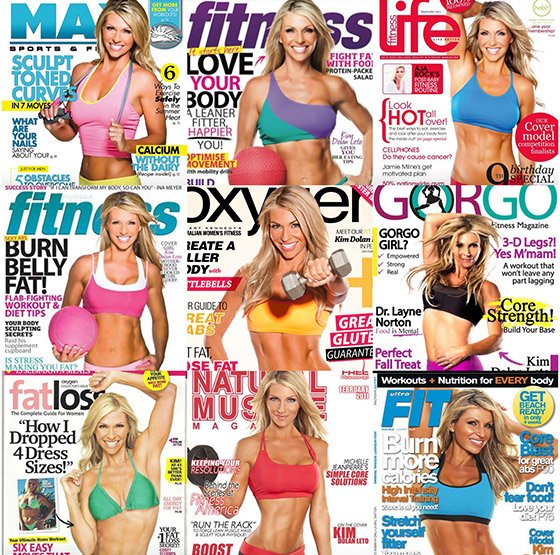 Her success on the fitness stage, coupled with her positive message, made her the perfect spokeswoman for the fitness industry.

A Brand For Women

"I want women to look at my story and think, "I can have kids and get in shape," or, "I can get older and stay in shape. I can do this." If I can help anyone feel that way, then I've done my job."

But Leto's message to women goes beyond staying in shape and into the realm of spirituality. Leto's Christianity is an essential part of her brand. "I think it's important to pull strength from inside of you rather than just relying on what you look like on the outside. You need that balance of internal and external strength."

Leto finds that her religious beliefs and desire to maintain what she feels is a clean, wholesome brand occasionally conflicts with how women are sometimes portrayed in the fitness industry. "I think fitness for men is straightforward," she says. "For women, it can move far away from fitness and into more sexual territory. The truth is that sexy gets the most attention. It's easy to get caught up in that."

Despite knowing what might garner more comments, likes, followers, or shares, Leto chooses to concentrate her efforts on creating a brand for women and families. "I've always wanted to have a brand and a message that embodied inspiration to women," she says. "The male followers were not my goal. I wanted to help women to get in shape. And, most important, I wanted their respect. 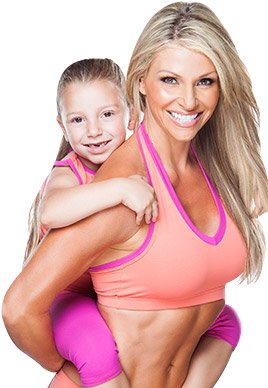 "It's important to bring the family into fitness."

"I think that being an inspiring fitness personality is more than having a good body. Fitness is about being an athlete. It's about doing your best. It's about presenting your best character. People get caught up in getting attention. They're motivated by what's happening around them rather than what's happening inside them. When that happens, the original message gets lost."

Leto's personal dedication to health and fitness is only rivaled by her desire to help other families learn how to get and stay healthy together. "Anything that has to do with family, I have my eyes on it," she says. "It's important to bring the family into fitness. I've seen moms holding a protein shake going through the drive-thru for their kids, and that just shouldn't happen."

Leto argues that moms everywhere can make healthier choices for themselves and their family: "The mom is the core of the family. They bring the food into the home. So, I think moms can dictate by how healthy the family is. You can choose horrible ingredients or you can choose clean ingredients. You don't need fried, frozen Ore-Ida fries when you can slice up a sweet potato and bake it."

Her insistence that other families can make smarter choices and exercise more is beautifully modeled by Leto and her family. For them, health is just a way of life. But don't think for one minute that their daily nutrition consists of only steamed broccoli and chicken. "It's all about balance for us," she says. The Leto family has pizza on Friday nights and sometimes share small bowls of ice cream or go out to frozen yogurt. Unhealthy things like cookies, however, aren't usually in the house.

"I feel like taste buds are made," she says. "My daughter doesn't like doughnuts, or cake, or cupcakes, or anything like that because she says they make her feel sick. If you're not exposed to it all the time, you don't crave it."

While she wants her daughter to continue eating healthy foods, she never hints that her daughter should be eating healthy so she will look a certain way: "I never talk about looks in front of my daughter. I always tell my daughter that God only made one of her, and that makes her so unique and special. We eat for health. I nursed her for 18 months, so we've never had 'her food' and 'my food,' we've always had 'our food.' She's always eaten what I eat."

Like most mothers, Leto doesn't want her daughter to go through her life concerned that she doesn't look like a fashion model. So far, her focus on creating affirmative, healthy habits for her daughter has only sparked positivity: "I spent so much of my life stressed that I couldn't look like the 5-foot-10 supermodels that weigh 110 pounds. Now I know that God didn't make me that way. 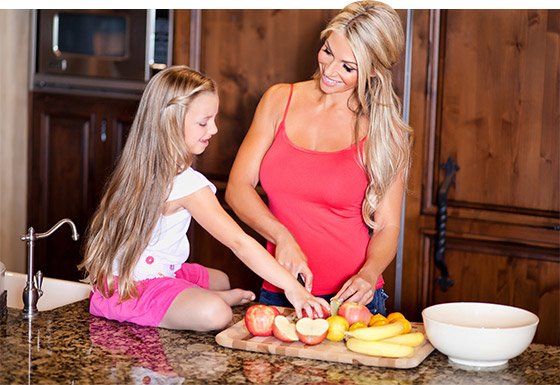 Like most mothers, Leto doesn't want her daughter to go through her life concerned that she doesn't look like a fashion model.

"If you were born tall and thin, that's great, but I don't believe in women killing themselves to fit one definition of beauty. We need to embrace our body type and rock it! My daughter just gets it. She says things like, 'Mom, I'm like you. We have muscle.'"

Leto says that her career success in fitness came only after she had experienced wave after wave of failure. Her list of accomplishments, however, continues to grow. She just finished a fitness book and DVD series called "10 Steps to Your Faith-Inspired Transformation" that are set for release in January of 2015.

She's not done yet. Leto has a string of other projects in the works and ideas for more fun down the road. Look for more details and information on her Facebook page, Instagram profile, and website.

The body breaks down for many reasons. Sometimes it's genetic, sometimes it's self-inflicted through lifestyle. Sisters Morgan Wehmer and Elizabeth Aguilera endured both kinds of breakdown before fitness lifted them up.

You may have found yourself thinking one day, 'My whole life has been leading to this lift.' Strongman P Diesel knows this feeling far better than most.

Family And Fitness: How James Grage Combines The Two

You don't have to choose between family time and time in the gym. Learn how to strike a healthy balance with these tips.