The body breaks down for many reasons. Sometimes it's genetic, sometimes it's self-inflicted through lifestyle. Sisters Morgan Wehmer and Elizabeth Aguilera endured both kinds of breakdown before fitness lifted them up.

When it comes to diseases, lots of syllables often make for a scary diagnosis.

Take melanoma, for instance. Elizabeth Aguilera has it and, according to her doctors, always will. Every two months she meets with a specialist to look for spots on her skin, have them tested, and determine whether to have another surgery. At the tender age of 24, she's had four already, to remove seven cancerous patches of skin from her stomach 2, leg 3, and hip 2.

"I check myself all the time," says Elizabeth, a spokesmodel for Oh Yeah! Nutrition. "As long as I keep consistent, and go every two months for the rest of my life, I will be fine. If it advances to a stage 3, or 4, it will get into my lymph nodes and organs. I just have to monitor it."

Take anorexia--not a disease, but a disorder. Morgan Wehmer, Elizabeth's sister, has wrestled that dietary demon and lived to tell. She was bullied in high school and took extreme dietary measures because she felt like it was the only thing she could control.

The sisters deal with their dilemmas, with their syllables. They lift each other in hard times. That is what families do.

Treatment and surgery are intense, and a body needs rest. Elizabeth strives to put in max effort in the weight room, but with regular treatment and surgery, she's not always able to. She has to be careful, patient, and confident. Each day presents a challenge.

Elizabeth's efforts inspire her younger sister, Morgan, "On her most horrible days, she'd post the most inspirational things," says Morgan. "The things that upset her the most, she'd turn into positives for other people. And it was therapeutic for her. It gives me strength should I ever want to complain, give up, or slack off. She's my other half. How can I slack if Liz would go 110 percent?" 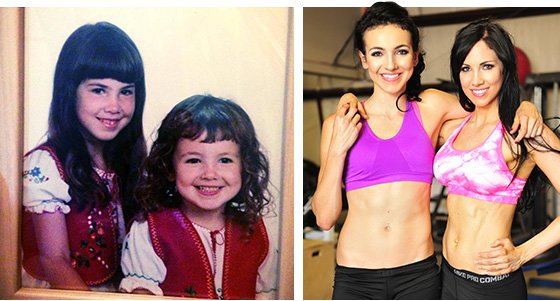 "The sisters deal with their dilemmas, with their syllables. They lift each other in hard times. That is what families do."

Even before her diagnosis was delivered, Elizabeth was fit, but with her life in the balance, she has taken it to a new level. She took the stage in 2013--in part to mark a check on her bucket list--and finished fourth. But her doctors asked her to take a break in 2014. Her goal to turn pro remains unfulfilled.

That bucket list was lengthy but the sisters have shortened it in the past six months. They worked as models and did photo shoots. Liz has asked photographers not to "edit out" her scars. She wants people to see them. They are markers of his past, and she wants people to know that cancer survivors can still be models.

Morgan Wehmer was suffering from anorexia. She is a tall girl, with long arms and legs, so when she dwindled her body weight down to 113 pounds, she simply looked ill.

In high school, she seemed like a regular kid. She was heavily involved in extracurricular activities, had a boyfriend, and was an athlete. She loved organized dance and sang in the choir. She played softball and ran track. She got good grades and never got into trouble. She was a good kid.

But, high school brought unforeseen torment for Morgan. She was bullied by older, taller, more athletic girls, who called her names. They'd walk behind her and shout "slut" to terrorize young Morgan. That was her first significant freshman experience. "That's not what you want to happen in that foreign land," Morgan says. "Girls … there's never a reason. Girls can just be so, so mean. [Elizabeth] would get into fights with them and protect me."

The bullying continued for years. Morgan tried to bury the jabs and insults, but their effects manifested in other ways. She and Elizabeth, tight as toddlers, grew apart as they fought through adolescence. When Morgan needed protecting, Liz had her back in the school hallways. When she wasn't around, the taunts intensified.

When the pressures of dating, studies, incessant bullying, and self-image worries left Morgan reeling, she took control of the one thing she could: food. She started to cut back calories, skipped meals, and found excuses to avoid the dinner table.

"Stop fighting yourself and start fighting for yourself."

"There was faulty thinking before, and after," Morgan says. "I feel like I am talking about a different person now. Food was the only thing I could control, but I over controlled it."

Elizabeth was one of the first people to notice the changes in Morgan. She fought off the mean girls, but anorexia was a more elusive and subtle foe. "Everyone was worried about her," Liz says. "She was in denial about it."

Morgan stewed in her own torment, her thoughts growing more and more negative. Her family broached the subject to little avail. It strained the family, and Morgan saw it. She says something changed in her psyche.

"All of my thoughts about food and what I needed to eat to keep me going...all of that was faulty," Morgan says. "When I realized I was looking at things in horrible ways, there was this light switch. I can never go back to that."

Anorexia Nervosa is an eating disorder characterized by a person's intense fear of gaining weight or becoming fat. People who suffer from the disorder may practice unhealthy behaviors such as extreme calorie restriction, only eating specific foods, or skipping meals frequently. Treatment includes counseling, nutritional rehab and training, and various support therapies.

She began to research nutrition and very slowly gained her weight back. It took two years, and it's still an ongoing struggle. She wants more muscle. Morgan's research produced some unplanned results. She fell in love with the study of nutrition and decided to pursue dietetics as a profession, before switching to another health-conscious field, nursing.

"I wanted to do it the right way, the healthy way," Morgan says. "I ate a lot of healthy foods, basically double what I am eating now. I was doubling up on carbs and healthy fats, along with working out. I used machines, free weights, and bodyweight exercises. I wanted to build muscle, and it took time."

While Morgan was flipping the script on her education, Elizabeth learned she had melanoma. Thus began an endless series of exams, scans, surgeries, biopsies, and doctor visits. She took monthly flights to Jacksonville for treatment, then flew back to school for coursework, determined to graduate. 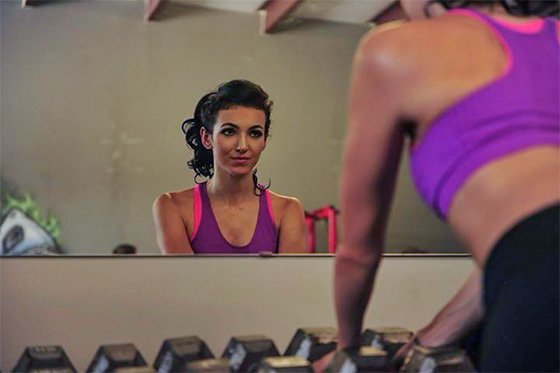 "Looking at Morgan now, it's hard to tell that she was anorexic."

"I can't even fathom how I'd feel about having a constant unknown diagnosis," Morgan says of her sister's plight. "As these spots appear, she has to get them cultured and then wait weeks for results."

To make matters worse, Elizabeth's husband was deployed overseas as a member of the U.S. Navy. She graduated college during his absence and underwent treatment while he was stationed in Japan. Their separation further alienated the struggling older sister, but she had Morgan to lean on. It's not that their roles reversed. Morgan didn't become a "big sister." They simply grew closer, and each time one faltered, the other offered support.

"Everything is about your attitude and fighting for what you want in life," Elizabeth says. "I wanted to start my life, and [melanoma] put me on hold. It gave me time to start doing more things. I sat down, wrote down things I wanted to do."

THE THINGS WE HIDE

Looking at Morgan now, it's hard to tell that she was anorexic. If you don't notice Elizabeth's scars and ask her about it, you might not know that she has recurring skin cancer. Just imagine what all the other lifters are going through. How many battle confidence or body-image issues? Who is sick? Who is mentally ill? You can hide a lot of pain under your gym clothes.

Morgan suffered from the mental anguish of anorexia for two years before she started to pull out of it. Even then it took two more years before she felt "over" it. It's hard to talk about. Subjects like this aren't exactly locker-room chatter. "It's sensitive subject matter to talk about, but it's happening a lot more than people think," Morgan says. "It's something that needs to be addressed."

Magazines and infomercials boast about fat-loss techniques, playing on image fears. Fitness and nutrition make headlines, but profound subjects like disease, disorder, and death get overlooked by our mainstream social conscience. "A lot of people talk about weight loss, which is great, but at the same time there are problems that people don't talk about every day," Elizabeth says. "People are still battling disease every day, but it's good to see that there are people getting through these things." 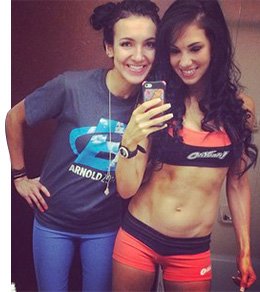 The distance between a healthy lifestyle and a debilitating one is not as great as you might think. A doctor's diagnosis or a bully's attack can change everything.

The support of a sister, a brother, a friend, or even a stranger can help reverse a slide. "[Morgan] came out of it, graduated high school with honors, and she had a greater sense of health and well being," Elizabeth says. "It changed her life and her career. Everything she went through happened for a reason. It made her who she is today."

10 years of closet anorexia and bulimia cornered Alison into a dark place. She what pulled her into the light and the weight room!

The pressure to lose weight drove Idean to anorexia at age 13. With help from Bodybuilding.com, he added 20 pounds of lean muscle mass in three years and helped countless others!

Obesity distorted John's reality. He lost 140 pounds in one year and developed an eating disorder to avoid going back. See how fitness helped him overcome adversity and find self-worth!