Anatomy Of The Workout Shake: Long Workouts Just Got Easier!

If you're performing numerous workouts a week, it's vital you're on top of workout fueling before and after. What about during the workout? Here's what you need to assess for intra-workout shakes. Learn more.

Anatomy Of The Workout Shake:
Long Workouts Just Got Easier!

There has been a great deal of talk about the pre/post workout shakes since these play a critical role in not only how your workout goes but also how quickly you recover from it. If you get the important nutrients into your body immediately after the workout, you literally jumpstart the process of repairing the muscle cells and resynthesizing muscle glycogen since the muscles are so drained and will suck those nutrients right up.

If you're also performing numerous strength training workouts a week, it's vital you're on top of workout fueling before and after so that you can train optimally consecutive days in a row. 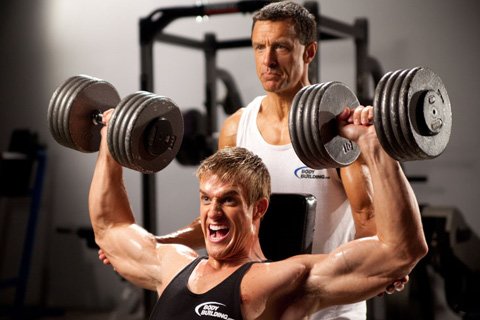 Click To Enlarge.
It's Vital You're On Top Of Workout
Fueling So That You Can Train Optimally.

But what about during-workout shakes? Some individuals run across information about this and wonder if they should be drinking something while they are hitting the weights.

Here are some things you need to assess about this topic.

The Duration Of Your Workout

The very first thing to think about when it comes to deciding whether or not you should be using a during workout shake is how long your workout is lasting. Typically your workout should only be lasting for about an hour, but in some cases you may find they're going longer than this depending on the set-up.

The second thing to think about is what your current goals are. If you're striving for muscle building, you're going to require a higher calorie intake in the first place, which makes adding the during-workout shake quite a bit easier.

If you're working towards fat loss, then you need to keep in mind that any calories you take in during the workout will have to be counted towards your daily total. If that daily total is quite low (you're on a strict fat loss diet), you may find it makes getting through the day on an even lower calorie intake quite difficult.

It would be better to place these calories around the workout since that's when the body most needs them, but if doing so causes you to consume more calories over the day, you won't be better off.

In retrospect though, a fat loss weight training session should not be going past the one hour mark in almost all cases since you'll be at a higher risk for muscle mass loss anyway and volume should typically be reduced.

Symptoms During Your Workout

Another thing to watch out for - that can indicate the need for a during-workout drink - is how you're feeling during the workout. If you find that you're getting dizzy, light-headed, or suddenly feel very weak (and it's not just accumulated fatigue due to the training session), this is indicative of a serious energy crash, which could be remedied by some quick acting carbs. 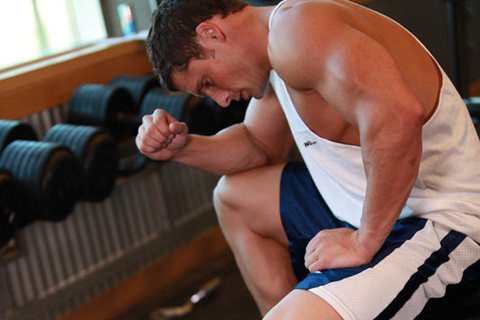 Click To Enlarge.
If You Get Dizzy, Light-Headed, Or Suddenly Feel
Very Weak, This Is Indicative Of An Energy Crash.

Note though that there are other options you can use to solve this problem if it's occurring. The first thing you could try is adding more carbs to your pre-workout shake to prevent the energy crash before the workout is through, and even more importantly, assessing the types of carbohydrates that you are taking in before the workout.

If they are very simple then that could be what's causing the crash (due to a large spike right before insulin causes them to be sucked up by the body).

The way to test if this is the case is to swap some of those carbohydrates for a slower digesting source. You still can have some fast acting carbs if you like, but just create a more balanced pre-workout meal.

When Weights And Cardio Are Combined

Another situation where you might be thinking of using a during-workout drink is when you're doing weights and cardio combined. Some individuals will choose to perform their weightlifting first and then follow this with some cardio training.

Generally if you're just doing some moderate intensity cardio for ten to fifteen minutes, a between shake will not be necessary. If the cardio is going to last for longer than this though (thirty minutes upwards) or is higher intensity cardio, then you may want to think about a shake in between. 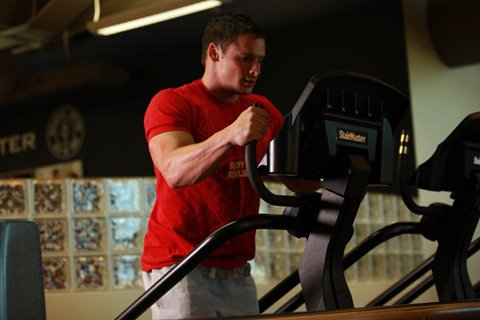 Click To Enlarge.
If The Cardio Lasts Longer Than Thirty
Minutes, Then You May Want A Shake In Between.

If nothing else, taking 10 grams of protein or so between will help prevent you from losing muscle mass during the cardio session, especially if you're on a fat loss diet at the time.

The best plan is to just perform the cardio training at an entirely different time than the weightlifting, but in some cases that is not always possible. In those situations, some protein during the workout, provided you are not feeling light-headed at all, could be beneficial.

The Structure Of The During-Workout Drink

The final thing to think about with this topic is what you want the structure of the during-workout drink to be. Since this drink is mostly meant to help get you through your workout session, you shouldn't be concerned with really topping it up with loads of calories. This could easily cause cramping during the workout and could make it even harder than without it to finish that workout.

Instead, go for a light combination of about 15-20 grams of protein, and an equal amount of carbs. If you're heavier or are working towards building muscle, you could double the carb count to 30-40 grams to help boost the calories up provided you aren't having any negative side effects from taking in the drink itself.

This should be more than enough to help prevent any light-headedness that may be taking place (often as little as five grams of carbs can help with that) and provide the body with a small stream of amino acids to prevent metabolizing the muscle tissue.

It is important to think about the sources of protein and carbs for this shake as well, since some will sit better in the stomach than others. The last thing you want to have happen is for the shake to cause you to feel bloated, tired, or sluggish.

Opting for an isolate protein powder rather than a casein variety will be your best choice on the protein side of things. Isolates are designed to be rapid digesting, allowing the amino acids to get right into the muscle cells as quickly as possible.

For your carb source, an excellent option is GENR8 Vitargo S2 since it will move through the stomach twice as fast as other carb sources, without causing a massive energy spike that sugar would cause (since it's sugar free).

You really do need to take care with the ingredients you put into this during-workout shake, so investing in a good quality carb and protein will make a big difference in how effective this set-up is.

In the vast majority of the cases, setting up a good pre- and post-workout nutrition routine will be your smartest plan and will help ensure you get what you need to reach your goals. In a few instances however, it makes sense to also supplement these with a during workout shake as well.

5 Supplements That Will Energize Your Endurance Workouts!
Let's have a quick look at some of the most beneficial supplements that endurance athletes can be using. Learn more.

5 Supplements To Solve Your Training Dilemmas!
Having problems in the gym? Here are 5 training problems you might be having and the most effective supplements to help overcome each. Learn more.

Ultra-Hydrolyzed Proteins Emerge As Key To Extreme Muscle Growth!
Ultra-hydrolyzed proteins have demonstrated a capacity for triggering strength increases... Why is rapid absorption so important? Take a look at the science.