Haters gonna hate, but you don't need to let their negative energy fuel your drive to succeed. Rise above the negativity with this guide.

From the childhood bully to your nasty ex, the world is full of people with difficult personalities. Maybe you've been steamrolled by someone in the past whom you haven't let off the hook. Perhaps someone said something that was nasty and it followed you around for days or even years. It's no fun when someone bowls you over, hurts your feelings, insults you, or takes advantage of you. If you're not careful, it can be damaging to your core.

Like anyone else, I know that random emails and nasty comments from strangers can have as profound an effect as harsh words from friends or family. How to respond? Everyday, my newsfeed floods with memes, photographs, and statuses saying something about "haters." Whether they're snarky quips or a genuine thank you, they all have one thing in common: an overriding theme that you're supposed to use your experience with "haters" to fuel your drive in life.

If you ask me, it's time to consider looking at haters in a different light.

Haterade burns going down, and sears you right down to your core. It's not good for you emotionally or spiritually, so don't drink it!

No one has ever gone through a negative experience or received a verbal lashing and left feeling empowered, happier, or revitalized. Instead, haterade is like a communicable disease you've been infected with. You are the host and the illness has been introduced into your system from an outside source.

Absorbing someone else's crappy attitude is self-destructive and masochistic. It can make you paranoid and hateful going forward in your own life. Walk away when someone offers it. You don't need it!

2
Avoid Fueling Your Drive With
Negativity

Spite and pride might motivate you for a while, but posts that say "I'm doing this for my haters" only provide short-lived fuel. Let it extend much longer and you just let something someone said or did in your past hurt you in the present.

I once dated a man who did mixed martial arts. After 15 years of honing his skills, a horrible breakup compelled him to enter the ring. On fight night he used all of his pent-up rage to push through the first round. But, by the time the second and third rounds came, he was spent and his performance dropped. The emotional outpouring of negativity he had been marinating in went from empowering jet fuel to siphoning his own gas tank in his short-lived fighting career. It was draining him, not making him stronger or better as an athlete or a person. Not to mention, his opponent wasn't the person who had hurt him.

Fueling yourself with angst, pain, and resentment is going to exhaust you in the long run. It will allow you to sprint forward for 25 yards and then leave you falling behind on the way back.

3
Turn the Other Cheek

To break the cycle that will kill you in the long run, learn to ignore the garbage hurled your way. I occasionally get a rude email from someone who has never met me, but they accuse me of all kinds of nonsense spanning from plastic surgery and having an eating disorder to a lack of morality or intelligence. 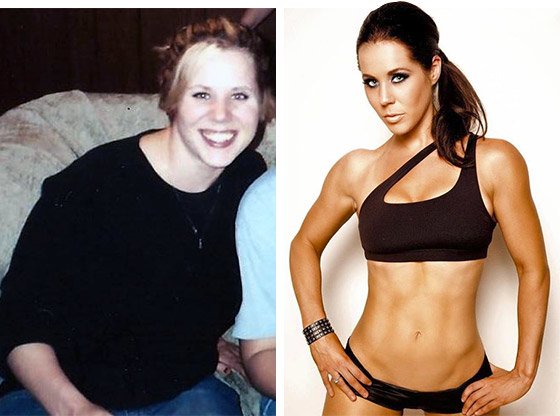 "I've worked very hard to achieve what I have, and I'm proud of my accomplishments. Why would I receive such hatred and judgment from someone I've never met?"

Even though these are inaccurate, baseless assumptions from people who don't know me, I felt deeply wounded the first time I read them. I became defensive.

I've worked very hard to achieve what I have, and I'm proud of my accomplishments. Why would I receive such hatred and judgment from someone I've never met? I decided to ignore the statements rather than use them as fuel. You can't control what people might say, but you can control your attitude toward it. Be like a duck in the rain, and let negative comments roll off your back like water.

4
Keep In Mind: Not Even The Rosetta Stone Can Translate
The Language Of Jerks

Years ago, someone claiming to be a "life coach" was trying to help me iron out details in my life...my path, direction, purpose—that kind of stuff.

A friend referred me to him. I arrived with a great attitude and told him a bit about my hobbies and goals. I was expecting positive, happy energy and a fresh perspective on my life. What I got instead was an hour's worth of polite, even-keeled criticism, judgment, and flat-out insults. I was completely baffled. Was this supposed to be reverse psychology?

Instead of offering me perspective, he spewed judgment. He interjected opinions on my life, family, relationships, and my decision to enter into the fitness world. He was rude, mean-spirited, and way out of line. I left before the session was over and found myself in tears in my car. 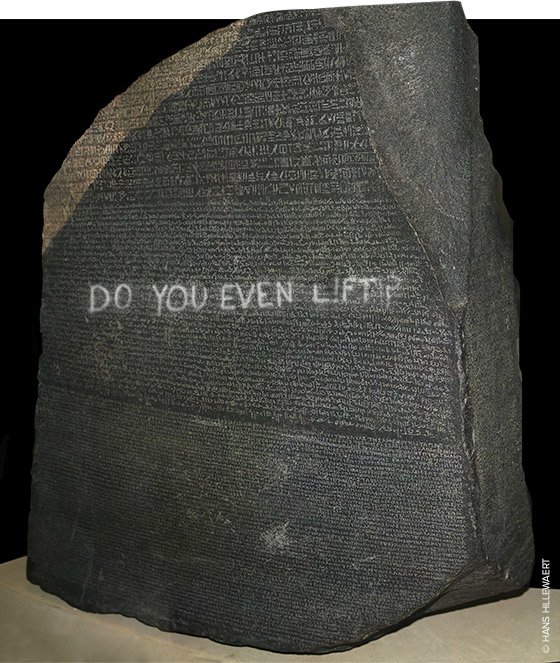 For months, the words this "life coach" said to me bounced around inside my head like a pinball. It really, really bothered me. Did this person see something that I just couldn't see? Was I blind to my own life and character? Maybe he was right and I was just too absorbed into my own world to see myself the way he did. Perhaps everyone I ever met shared his opinion of me. I was left filled with self-doubt, and I was driving myself insane. Months later, I told a licensed therapist what I'd been told. He was horrified.

"Abby," he said with a sigh. "This is the equivalent of you walking down the street and someone running away after smacking you in the head with a massive book written in Russian. Instead of you getting mad and wondering 'Why would someone throw that Russian book at me?' you're taking it upon yourself to try to learn the entire Russian language in hopes of understanding why it was thrown at you in the first place. There's no translation for crazy, rude, or wrong. The right thing to do is to look at the book, see it for the nonsense it is, put it on the shelf, and never think about it again."

It was like a light bulb went off. Why was I torturing myself with a bunch of things that weren't true or accurate? This person didn't know or care about me. I put it on the proverbial shelf and never thought about it again. 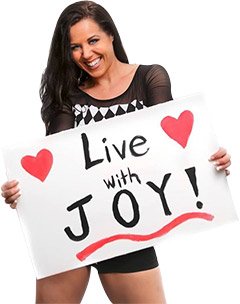 One of the toughest things to learn as an adult is how to let go of things that bother us. What we don't realize is that betrayal, unsolicited opinions, and plain old bad behavior sent our way don't reflect anything about us—they reflect the issues of the people spewing them.

The best advice my fitness friend Lori Harder has given me is simple: "bless and release." Basically, wishing someone the best and letting them go while sincerely harboring no ill will. While it sounds easy on paper, it's not as simple in practice. It requires some serious soul-searching and strength on your part. While it doesn't necessarily mean you have to cut someone out of your life, it often means you have put up an emotional barrier to prevent negativity from being allowed into your heart or mind.

"Blessing and releasing" a rude comment from a stranger is one thing, but what if it's a family member, friend, or significant other? This practice takes years of mastering and an incredible amount of patience to perfect.

Start by trying to forgive the people who have wronged you. This doesn't allow them, but you, off the hook so you're able to more forward without sinking in sand.

Unfortunately, haterade is here to stay. You'll encounter it for the rest of your life. You'll find it at work and in your social circles. See that it's there and walk away from it. Never allow someone else's scorn, opinion, or negativity to damage your heart or make you question the path that you are on. You'll quickly find that positive experiences and a happier version of you will emerge as soon as you stop taking it upon yourself to prove everyone else wrong. The only thing that matters is how you feel about your own life, behaviors, and accomplishments. Find your peace and go forth happily.

Ask The Fitness Jewell: What Are The Hidden Benefits Of Strength Training?

You may know the feeling of looking in the mirror and seeing muscles peeking back at you. This magical tissue is good for more than just flexing.

Push through pain and adversity and let a strong mind fuel a strong body. Use these strategies to built strength where it matters most!