Any time individuals are thrown into a competitive group setting, there is a defining moment when a select few of them rise up and take hold of the action. Whether the end of the story is triumph or tragedy, victory or defeat, these players aren't content to let an outcome happen. They insist on making it happen.

I've known I was like this since I was 8 years old, trying out for Junior Pee-Wee football. Many of the kids were there simply because their old men made them do it. My father never played, so I was there of my own accord. I didn't need any pushing from him, the coaches, or anyone else. I was self-motivated, fearless, and thirsty to be the best.

Simply put, I wanted to dominate.

There was something about crashing into one another with those giant pads on that was just thrilling. But even more, I loved leading my team on a football field. I wanted to be first in the tackling circuits, and I wanted to be the one who scored the touchdowns.

As I kept playing through high school and college, my passion earned me labels like "leader" and "captain." These are terms I take pride in to this day. But it wasn't until later, after my gridiron days were done, that I first heard the terms "alpha" or "alpha male." But when I did, I realized that this had been me all along.

I could make some silly list of a dozen or so attributes that I think every alpha "must" have, but that would make it seem like each alpha has to look or sound a certain way. Not so. A woman can be an alpha; so can a man who doesn't look anything like what you expect. Often you don't know the alpha in your midst until they've already knocked you flat on your back.

Here's what they know, and how to make it work for you.

1 An Alpha Knows How to Turn It On

Fast-forward 23 years from pee-wee football, and I'm standing in "the pit" of the NYMEX Oil Exchange. The room is filled with dominant personalities who all share a drive to succeed, but they don't want to share anything else if they can help it.

My football days are long behind me, but the thrill I get out here on the floor is the same. My blood is pumping, my heart rate is elevated, and that "fight or flight" mechanism is in full force.

I think you know what my choice between those two options is.

I don't always take the same financial risks that some of the older, more seasoned traders do, but I'm a fighter to the end—alert, ready for action, and with a physical presence and confidence to overpower anyone in my way. Because I know that, just like in pee-wee football, but a handful of standouts usually end up determining who rules the day. 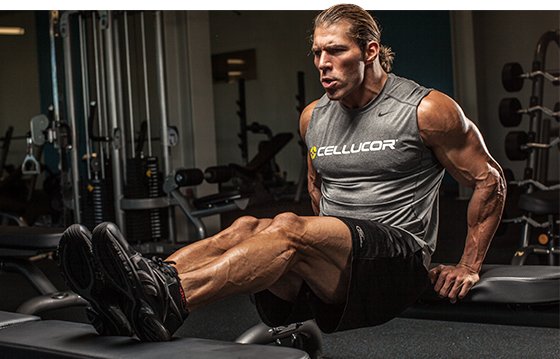 My blood is pumping, my heart rate is elevated, and that "fight or flight" mechanism is in full force.

The world is full of these sorts of competitive arenas if you know where to look. Alphas know—and then they seek them out and thrive. Whether onstage or on the clock, putting yourself in a competitive environment is the easiest way to bring out your own natural alpha—if it is in there. If it's not, you'll learn quickly that you don't have what it takes yet, and you should step back in line until you do.

2 An Alpha Knows How to Turn It Off

Outgoing, aggressive, quick, primal, and bold are all character traits that get associated with alphas. These traits have helped me stand out as a kid on the football field, as an athlete in the gym, and as a man in the world of finance. However, I would add another descriptor to that list: friendly.

Alphas can come off as a bit arrogant, but this usually changes when someone actually sits down and has a conversation with one. They then realize that a confident personality is usually a lot more welcoming once you both step off the battlefield. 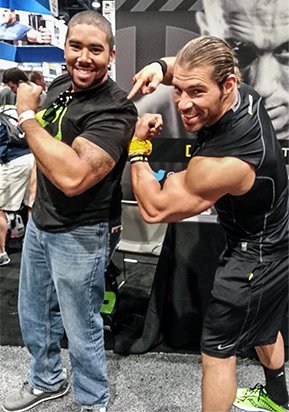 The modern alpha knows that you grow and learn from the success of those around you.

Nevertheless, being an alpha encompasses all aspects of my life: work, play, and even relationships. It was crucial to find a yin to my yang, and I've found that in my fiancee, Wendy Lee Govoni. We are the perfect fit because she is strong, but knows when to allow me to take the more dominant role. I know when to return the favor.

It's a fine line, but think of it this way: Finding that line is what separates the alpha from the lone wolf. One has a pack; the other is all alone.

While we're talking wolves, it's true that the image of a pack is indelibly tied to the word "alpha." And sure enough, there are leaders and followers in most groups of friends. But if you think "alpha" means greedy, jealous, or nasty, you're living in the Stone Age.

The modern alpha knows that you grow and learn from the success of those around you. True alphas are secure in who they are, and they learn to coexist as a forward-thinking unit. Put a few of them together on the same team, and the potential for change and progress is unlimited.

It would be easy for me say there's an alpha lurking inside you, and that you just need to find it or wake it up. But I'm not sure that's true. Whether by nature, experience, or some combination of the two, many people are simply passive. They would need a complete reworking of their mindset to become an alpha, and it's not going to happen in this lifetime.

The difference is sometimes only clear once adversity arises. For instance, ask yourself how you view the obstacles between you and your goals—and be honest! Are they something immense and negative, like a wall between "here" and "there?" Or are they the tools you use to gauge progress, gain experience, and feel that crucial sense of victory?

For an alpha, the knowledge that it took a hell of a long time to overcome a challenge makes the victory even sweeter. They feel a sense of pride in attacking problems head-on rather than swerving around them.

Earlier, I said that alphas are primal. By this I mean that no matter how you try to psychoanalyze or explain them away, they are powered by an internal tenacity. They will go after what they want, take chances others won't, and gladly venture beyond what is "normal." This is why you'll find so many of them in the gym, battling themselves and the iron with an intensity that can be alarming to witness.

Want to know where else to find alphas? You'll find them on the vanguard, leaping into new arenas of competition before the ink is even dry on the paperwork. One of my most prized experiences is when I rose up through the IFBB Physique pro ranks the same year it debuted.

My success there shaped my social media presence as a relatable straight-shooter who wants to help others achieve the same level of success I've experienced in this industry. I knew that fans appreciated this approach when I was elected into the Bodybuilding.com Spokesmodel contest, and ultimately took home the title for the 2012 Spokesmodel.

I've since joined forces with Cellucor and Bodybuilding.com, two businesses that are equally ready to lead by example and embrace the challenge of constant improvement. When you're ready to leave normal behind and see if you've got an alpha rumbling around inside you, let us know. We'll help you make it roar.