Defining Intensity In The Weight Room - The Science Of Iron!

So you want to sound like you know what you are talking about in the weight room? Then this article can get you on the right path to comprehending one of the most often misunderstood words in strength and conditioning jargon; intensity! Check it out!

Defining Intensity In The Weight Room

There seems to be a lot of confusion at what exactly the word "intensity" means within a weight room setting. What exactly differentiates "high intensity" and "low intensity" training? Contrary to popular belief, it is not about how big the sweat stain on the back of your shirt is or how hard you had to grunt on that 10th rep with 315 in the squat rack.

It is not about how hardcore the music in the background is or how loud your spotter yells in your ear,"ALL YOU, BILLY! ALL YOU!!"

With that being said, there are a lot of misguided programs out there that claim to be "high intensity". With the definition of intensity as the load on the bar, there is no such thing as high or low intensity for the general population; there is just increasing or decreasing intensity. 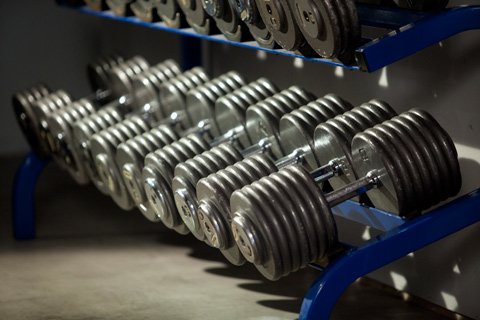 Click To Enlarge.
Contrary To Popular Belief, It Is Not About How Big The Sweat Stain On The Back Of Your Shirt Is Or How Hard You Had To Grunt On That 10th Rep With 315 In The Squat Rack.

A 315 pound bench press may be highly intense for an intermediate lifter who can only get 2 reps with this weight, but not for an advanced powerlifter who uses 315lbs in his warm up sets for his eventual high intensity max set with 500 pounds.

So now you can understand why programs that claim to be high intensity do not make much sense, because they usually do not specify percentages from which to work for lifts such as the bench press and squat. Without these percentages, intensity cannot be individualized. The topic of percentages relates very closely to intensity because that is why percentage based programs exist; to quantify intensity! 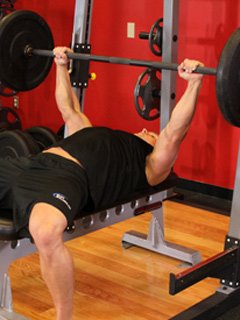 Click To Enlarge.
Programs That Claim To Be High Intensity Do Not Make Much Sense, Because They Usually Do Not Specify Percentages From Which To Work For Lifts Such As The Bench Press And Squat.

Intensity And Percentage Of Your One Rep Max

Any program that tells you to do 4-6 reps on a given set and claims that set to be high intensity is assuming you know what weight to use for roughly 85% of your 1 rep max (1RM). The average lifter 9 times out of 10 does not know this number and will simply give his best estimate which is 9 times out of 10 wrong, whether it is too heavy or too light. These programs assume that because the reps they designated are supposed to be pretty heavy that the persons executing the program know what they are doing, which is just ignorant.

That being said, here is how you set up a percentage based program. Let's say you want to include the bench press and squat in your routine (most everyone should have these lifts included in their programs), but you are confused as to how you should establish the set and rep scheme.

Instead of just slapping a 3x8-12 program together, test your 1 repetition maximum on the bench and squat. If you do not feel safe testing your 1RM, feel free to estimate the max instead. Once this is done, you can base the reps off of this number.

For example, let's say you maxed out at 100 pounds and for your first workout you want to pyramid up using 65% of the max for the first set, 75% for the second, and 85% for the third. Well, you would put 65 pounds on the bar for that first set, and, assuming the 1 rep max was accurate, you would probably be able to knock out around 10 reps.

For the second set, you would load up 75 pounds and most likely be able to hit between 6 and 8 reps. Finally, for the final set, you would increase the weight to 85 pounds and get between 4 and 6 reps. By using the percentages, you are essentially forced into hitting those rep ranges because that is what your 1 rep max dictates. It prevents you from choosing too heavy of a weight and only getting 2 reps on that last set. It is a great principle to quantify increasing intensity.

To see what an actual high intensity program looks like one should look no further than the aptly named High Intensity Training (HIT). This program was popularized by greats such as Mike Mentzer and 6 time Mr. Olympia Dorian Yates.

Now, Dorian is famously known for how hard he trained and in my opinion his Blood and Guts DVD should be in the horror section at video stores. But this is not what made the HI in HIT. Instead, it was the training protocol of high weights and low volume that earned it this distinction. It actually only called for one all out set per exercise! Now that is intensity!

Another popular program that has really heated up in recent years is Dante Trudel's Doggcrapp Training. This program takes a similar approach as the HIT method in the fact that it is based on increasing the weight used (which if you have been paying attention, means they aim to increase the intensity) each session and has its foundation in one all out set to finish out each exercise.

For example, if a lifter does 225 on bench for 10 reps and then goes down to 185 for 20 reps, which lift is more intense? If you think the first lift, then you are correct.

Yes, both lifts are bringing about maximal muscular failure but going by the definition as set forth in the beginning of the article, the first lift has a greater load, and is therefore more intense. Every potential program adjustment all relates back to the load involved. If there is load compared to no load, the movement with the load is of a higher intensity.

There is a lot of disagreement in the strength and conditioning field as to what intensity truly means. To be honest, it is a silly debate, as everyone has good intentions and it ends up being a nit picking battle. 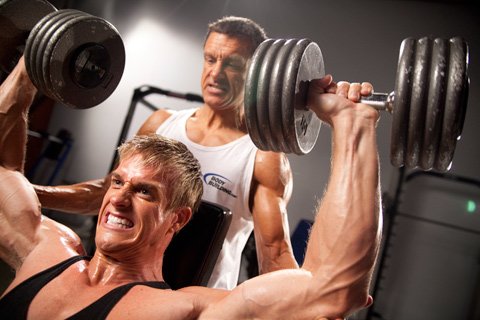 Click To Enlarge.
With The Definition Of Intensity As Simply The Load Lifted, One Could Argue The Point That Increasing The Volume Of A Lift Is Increasing Intensity.

I hope to see a time when all trainers embrace the many unique concepts presented in the fitness world with a skeptical, but open mind. I am simply trying to relate what I know regarding the principles of this concept in an easy to understand manner that will allow other trainers to set up effective programs, namely those based off of percentages.

Intensity Is Not A Perception - It's A Science

A lot of people assume intensity to be much more superficial than it really is, believing it to be more of a mental function rather than a scientific principle. They think that because they had more of a passion for the weights on a certain day as compared to the day before, that they had a more intense workout.

This is fine for them to think, but a true strength and conditioning professional needs to go beyond this layman way of thinking in order to create effective programs and stay true to the principles of the profession. 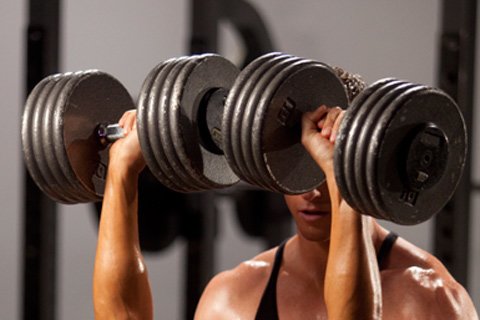 Click To Enlarge.
They Think That Because They Had More Of A Passion For The Weights On A Certain Day As Compared To The Day Before, That They Had A More Intense Workout.

In the end, intensity is not as complicated as people make it out to be. It is one of many misused words in the fitness world, but one that has many important implications. The proper use of intensity can allow a trainer to maximize the potential of his/her trainee in the weight room. Not only that, but the trainer can easily record increases in intensity and adjust his trainee's program accordingly.

And while the concepts presented in this article can work great with a trainer, you can easily implement these changes in your training on your own time. From now on though, understand intensity is not a word to throw around lightly, but rather a scientific principle that exists in order to increase the effectiveness of your training in your quest to become bigger and stronger!

My name is Kasey Esser. I am a National Strength and Conditioning Association Certified Personal Trainer (NSCA-CPT).