Body Transformation: Armed To The Teeth

Andre gave up many things on his quest toward fitness, including some friendships he lost the time for. See how he packed on 40 pounds and a new identity.

I got started because I generally wanted more respect in life. At school I was probably the skinniest kid in my year and no one wants to be "him". I had watched many films with Arnold and seeing a guy with massive arms just beat the crap out of people was pretty damn awesome and had a big influence on me when I was younger.

Although, as I've gotten older I find his bodybuilding side more interesting and he remains one of the biggest inspirations in my life. 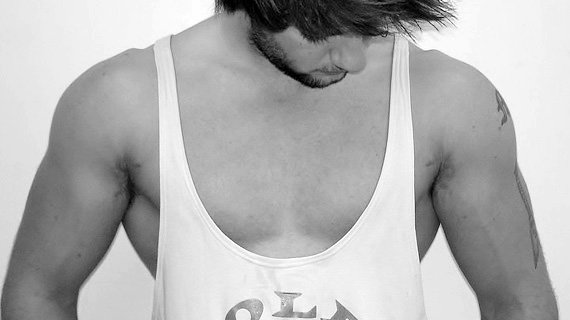 No longer the insecure skinny kid, Andre is armed with confidence.

After joining the gym in January of 2010, progress was pretty slow at first as I was only training arms. At first I had no idea that nutrition played such an important role and even though my diet was pretty much chocolate and other junk food I always remained pretty skinny just because I had fast metabolism.

The articles I was reading on Bodybuilding.com were great and so informative that over time I began to trade my junk food for quality meats and low GI carbs. My diet has gradually improved over the 2 years I've trained as I slowly acquire more knowledge.

I think with every pound of muscle you gain, the next pound is always going to be harder so your diet and training has to constantly improve to get that insane body you want.

Before I hit the gym I will always listen to music especially metal, and look forward to training even if it's a muscle group that is my least favorite. I think it's very important to train any muscle as hard as you would train your favorite, give everything even attention as your body will grow the most if it's in proportion.

One major thing though is to balance it with your life. It can easily take over - needing to eat every so often and having to cook vegetables and meat constantly.

So, just step back and ask yourself if what you're doing is truly want you want. Will getting an incredible body make you truly happy? I can say I'm easily in the best shape of my life, but in all honesty I was happier when I had more people in my life.

I still trained but I didn't take it as seriously as I do today, so whatever you're doing make sure you're enjoying yourself along the way.