Are You Ready To Overcome Your Greatest Obstacles?

Strength and grit can help you achieve great things in the gym and in life. The legends among us have learned to combine the two. Here's how you can too. 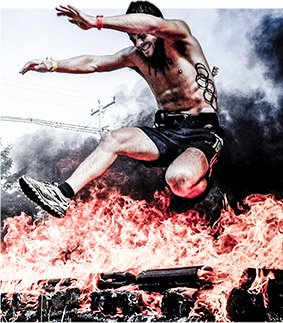 Physical strength is impressive—there's no doubt about it. But it's also fairly common and, let's face it, not enough to build a life around. If you think for a second, you can probably recall a strong man or woman with glaring weaknesses. They can pull double bodyweight off the floor, but they also half-ass it as an employee or parent. They've got biceps and abs for days, but their finances are a wreck.

This is why I began, years ago, to think in terms of Spartan strength rather than simply muscular might. To build Spartan strength, you must commit yourself to working for a long period of time without any concrete evidence that it will pay off, casting off all distractions and nonessentials along the way. It's less about the prodigious physical strength Arnold Schwarzenegger displayed in the gym, and more about the strength of mind and spirit that drove his body past all limits and against all odds.

Spartan strength goes hand-in-hand with "grit," an innate trait hidden in most of us that nonetheless can become unlocked through dedication and repeated exposure to challenges. Grit refers to an indefatigable ability to overcome obstacles, like a steep mountain pass capable of knocking the wind out of even an experienced runner, or a series of metabolic circuits that make you feel like you're sucking air through a pillow by the end. Think of it this way: 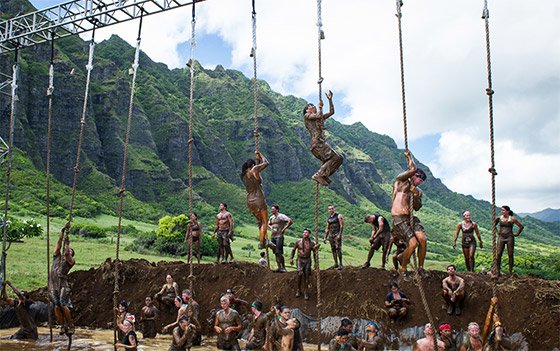 "Spartan strength emerges out of a psychic need to get something done."

Spartan strength emerges out of a psychic need to get something done. It's an acceptance: This is just what is going to be. It puts you on the starting line and motivates you through grueling training. Grit is execution on game day. Grit actually gets shit done. 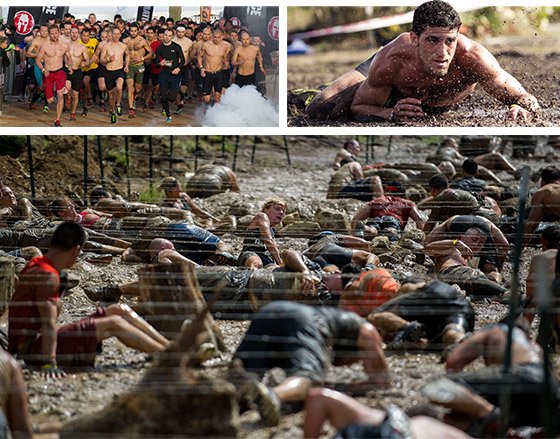 "Spartan strength and grit are the traits that draw people to the Spartan Race and the insanely demanding 3-day obstacle race from which it arose, the Death Race."

Spartan strength and grit are the traits that draw people to the Spartan Race and the insanely demanding 3-day obstacle race from which it arose, the Death Race. Not coincidentally, they're also the most important factors in personal success outside of the race course. To succeed at life we must be able to do that which sucks: working late on a weekend in order to meet a deadline; doing what your boss tells you to do even if you don't agree with it; or heading to the gym when your friends are headed out to drink and party.

These activities aren't fun in the moment, but you have to do them in order to succeed. If you approach life the right way, you can turn something that should be miserable into something that feels incredibly satisfying—and yes, even fun—to overcome.

Your Life Hangs in the Balance

The alarm goes off at 5 a.m.—what do you do? Believe it or not, your success in life often hangs in the balance right here. If you go through life hitting the snooze button, your chances for success plunge. When successful executives are studied, one of the basic common denominators found is that they almost all wake up early and work out. They don't hit the snooze; they all know that if you snooze, you lose. 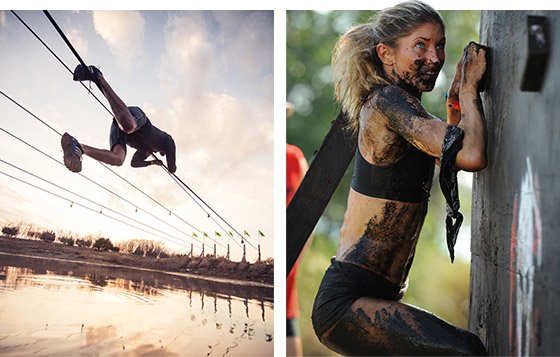 Like getting up before dawn, developing grit is easier said than done. But there are specific steps that make it happen. These include:

Make sure the goal in step one matters. Otherwise, you'll think, Why did I want to do this in the first place? But if your motivation is clear, you can do incredible things. I've seen plenty of people become motivated enough to complete the "Spartan trifecta," meaning that, in just one race year, they complete the short-and-fast Spartan Sprint, the longer, tougher Super Spartan, and the toughest and longest of all, the Spartan Beast. If someone joins the 300 Burpees Club—a club whose name says exactly what you need to do to join—then I have no doubt that they used both Spartan strength and grit to get there.

But What About The Pain?

To achieve a truly triumphant goal, it helps to have practice in overcoming smaller, far more unpleasant goals. This builds the confidence you need to achieve whatever you put your mind to—and to convince you that you have grit. Because, if you're anything like most people, you'll need convincing.

For example, say you've already completed an introductory trainer such as Lee Labrada's 12-Week Lean-Body Trainer. Next up, consider trying something even more intense, like MFT28: Greg Plitt's 4-Week Military Fitness Trainer. Or if you want to put the toughness and grit you've been developing in the gym to a more unpredictable test, sign up for a Spartan Race. 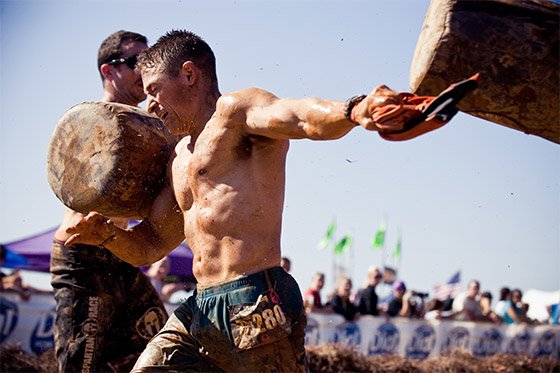 "The inspiration to join a Spartan Race is similar to the feeling we get watching a movie like 'Die Hard,' where an ordinary guy like John McClane becomes a hero."

The inspiration to join a Spartan Race is similar to the feeling we get watching a movie like "Die Hard," where an ordinary guy like John McClane becomes a hero: "Boy, I can see myself doing that. I could do it if I had to." Only there's no "have to" in a Spartan race; it's all voluntary. The mere act of signing up for a Spartan Race is an initial spark of Spartan strength and grit, because you know that you've got a tough task ahead of you, and you choose to embrace it.

But here's the thing about a Spartan Race, or a Bodybuilding.com daily trainer, or any other life-transforming challenge: You can do it. It's easy to make this commitment, because you are simply saying yes! You're instantly a member of a community—a team—with other people who have said yes. In this setting, you have to develop grit because you don't want to let them down, nearly as much as you don't want to let yourself down.

Once you're there, you'll understand. The rest is up to you.

Is there is someone in the fitness world or in your own life that you feel personifies the concepts of Spartan strength and grit? Let us know in the comments below!

You don't have to be a CrossFitter to appreciate a tough workout! Here are three fun WODs that elite Games athlete Marcus Hendren enjoys.