8 Things You Should Never Do On Back Day

What you can't see in the mirror can hurt you! Just check our list of mistakes you should never make when training back.

Mirror-muscle guys who spend all of their time in the gym making sure their left side matches their right tend to have slouched shoulders, in part because of underdeveloped rear delts and rotator-cuff strength. And they may look good from the front, but we all know what happens when they turn around—everything disappears! It's an unfortunate case of "out of sight, out of mind."

However, just because you show up for back day doesn't mean results will automatically follow. Lots of things can still go wrong. We've identified eight of the most common mistakes you'll surely want to correct before you can break away from the beach-muscle gang and call yourself a legit bodybuilder.

Never think of your back as a single muscle

Your back is an amalgamation of several muscles, although the latissimus dorsi does most of the work on back day. When training back, you also target the lower and middle portions of the trapezius, the rhomboids, the rear delts, the teres major, and the erector spinae. 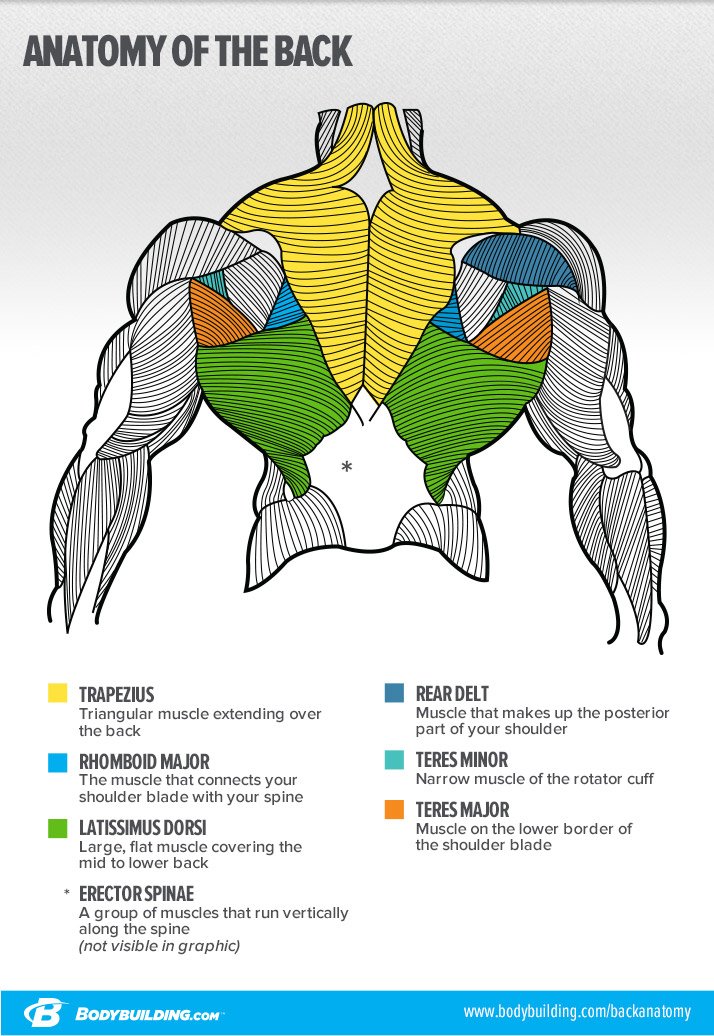 While many of these muscles work together during a given movement, you can emphasize certain areas—like the upper region of the lats—over others by adjusting your grip on the bar or using an overhand instead of an underhand grip.

In that sense, training back is like training chest; use multiple angles and exercises to work the muscle group more thoroughly.

Never do lower-back movements early in your back workout

With many free-weight back exercises—especially rows, in which you're pulling very heavy weights—it's critical that you maintain your natural spinal curvature. This will prevent your lower back from rounding during the movement. A rounded spine makes you susceptible to a disc injury, which can debilitate any weightlifter.

The muscles that allow you to protect your lumbar spine, called the erector spinae (sometimes just called the lower back muscles) need to be strong to get you through those heavy sets of bent-over rows, deadlifts, and other bent-over movements. They work isometrically to hold your lower back musculature in a position that keeps the discs safe, so you don't want them fatigued until the very end of your training session. Restrict dedicated lower-back exercises like good mornings and hyperextensions to the tail end of your workout.

To ensure spinal health, it's important to keep your back neutral, which simply means in line with your torso or in a slightly arched position. But beginners frequently find this position difficult to master. 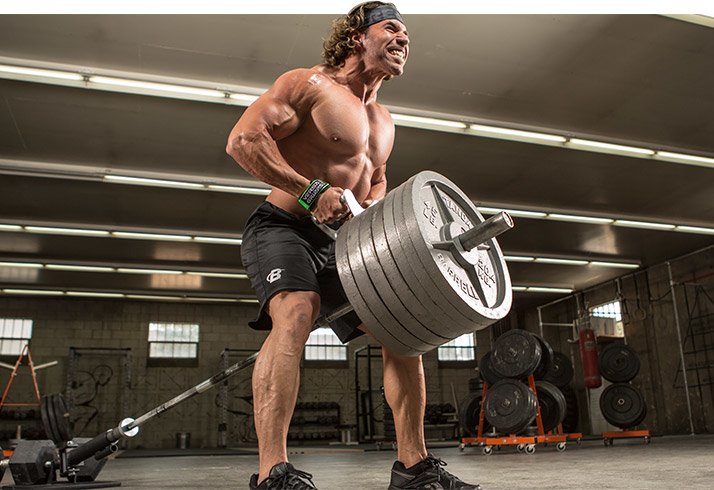 To ensure spinal health, it's important to keep your back neutral, which simply means in line with your torso or in a slightly arched position.

Here's a tip: Stand sideways to the mirror and practice your form without added weight until you get it right. As you exercise, hold your back in a safe, neutral position for the duration of a set, never trying to extend the bottom of the range of motion at the risk of rounding your back.

Once you can't hold the arch in your back on exercises like bent-over rows and standing T-bar rows, end your set. It'll help to keep a slight bend in your knees.

Extend your arm straight out in front of you, bend your elbow, and pull it as far back as possible behind the plane of your body. That's what a full range of motion (ROM) looks like when doing a rowing exercise. The thing is, when you use too much weight, that ROM is typically reduced on both ends of the movement, especially during the contraction. While you'd never think of regularly doing short-ROM bench presses, that's what many lifters do when they use too much weight with rows.

When pulling, bring your elbows as far back behind the plane of your body as possible. Consciously squeeze your shoulder blades together, then allow the weight to pull your arms back to full extension.

A little cheating is common on just about any exercise, but with back exercises, you have to be particularly careful because of the effect cheating could have on your spine. It's not just a spine-safety issue, either. Cheating during a motion like bent-over rows brings in momentum by engaging the lower-back muscles, and in doing so reduces the stimulus on the target muscles. 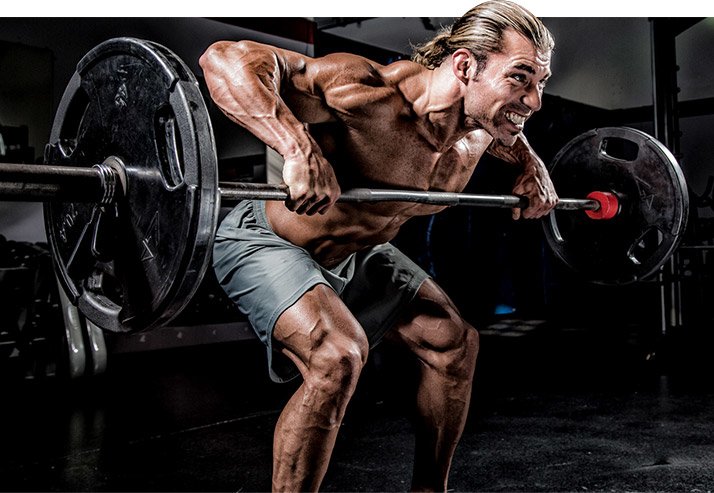 Limit your forward and back lean when doing pull-downs, seated cable rows, and bent-over rows, especially early in your set.

Limit your forward and back lean when doing pull-downs, seated cable rows, and bent-over rows, especially early in your set. With cable rows, a forward or backward lean of 10 degrees is acceptable, but extreme leaning turns the movement into a lower-back movement, which is not the target of the exercise.

Leaning also fatigues those all-important erectors that we want strong throughout the course of your session, because it turns them into active movers.

Some bodybuilders avoid using lifting straps, fearing they'll reduce forearm and grip strength over time. That's actually true, but it's a poor reason not to use them. Your grip will often give out before your lats do, and that can cost you an extra rep or two on each set.

Those last few reps are the ones taken to muscle failure—of your lats, not your grip—so they're important. Using straps on your heaviest sets equates to superior growth because of the extra work. As for grip and forearm training, we're all for it. Just do it on a dedicated day rather than expecting your back workout to carry the load.

Never raise your head to look back in the mirror

Craning your neck to watch yourself in the mirror during moves like bent-over rows disrupts the spinal alignment of the cervical vertebrae. Think about it: Your body is bent over about 45 degrees, but now you cock your neck back when looking up. (The same goes if you try and do this with bent-over lateral raises and when lowering the bar on Romanian deadlifts.) You've got heavy weights in your hands, which pulls through your shoulders and lats right into the spinal column—but your neck is out of position. Once again, you've discovered an opportunity for disc damage.

Never train biceps immediately before back

This is akin to working your triceps immediately before you train chest, but some lifters still do it. Because the biceps are a primary mover during back movements—think about it, your arms go from a fully straightened position to one in which the elbows are completely bent, known as elbow flexion—you want them as fresh as possible when pulling heavy loads.

If they're already highly fatigued, you can bet the arms will be the first to go when you get to heavier back exercises. By training biceps afterward—not before—you'll reduce the likelihood that fatigued biceps will limit your back growth.