Training for strength requires determination, but you also need a sound strategy. Break through lifting plateaus with these 7 variations on the principle of overload.

When I was in eighth grade, my first powerlifting mentor, Steve Holl, took a hasty glance around the Santa Barbara Gym and Fitness Center. "Look around this gym," he said. "It's filled with the same people lifting the same weights, doing the same exercises, and looking the same for the past 15 years."

Steve gave me my first lesson in overload.

Milo of Croton was a wrestler with several ancient Olympic titles under his belt. He's considered to be the greatest wrestler of antiquity by most history buffs.

Despite the fact that his championship reign dates back more than 2,500 years to 6th Century BC, his name still holds weight in contemporary weightlifting circles, and he is still the quintessential example of progressively overloading for strength training.

According to the story, Milo owned a calf. Milo lifted that calf every single day and, as the calf grew bigger, Milo became stronger. Milo did this every day until the calf was a full-grown bull and Milo was the strongest man in the world. In due time, Milo carried the adult bull on his shoulders around the Colosseum.

Milo started small and used incremental microprogression to become the strongest man on the face of the earth.

The law of overload is one of the first principles in exercise physiology, and no resistance program is successful without it. Basically it means Mother Nature overcompensates for training stress by giving you bigger and stronger muscles.

A couple years ago, I was reading a 1980s bodybuilding magazine, and a quote by Lee Haney jumped out. He said, "The key to building massive, powerful muscles is to doggedly increase the training weights you use." 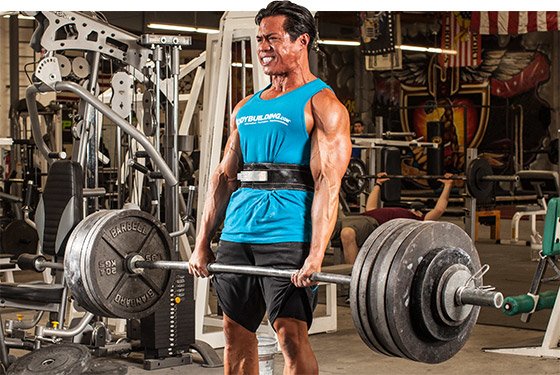 "Luckily, when adding pounds hits a plateau, there are other variables you can manipulate to effectively overload your training."

Basically, it's what my mentor Steve Holl taught me when I was 14 years old. This tenet is undisputable. But there is a problem: the buck eventually stops.

With the logic of overload training, if someone just benches the bar and adds five pounds each week for three years, they'll break the 722-pound bench world record by 103 pounds in that short time span. Not very realistic! While piling the weight on the bar is the most effective overload technique, it only works to a point. Luckily, when adding pounds hits a plateau, there are other variables you can manipulate to effectively overload your training.

Many fitness professionals who are more concerned with entertaining clients than getting results dismiss progressive overload with randomization. Their train of thought usually goes something like this: Why deadlift when you can do one-legged kettlebell deadlifts on a BOSU ball? 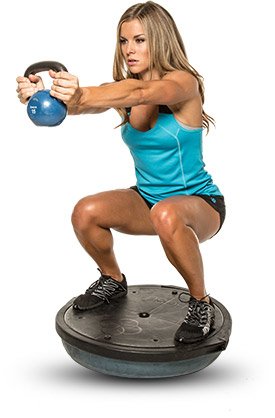 "Doing squats on an unstable surface may make sense for an advanced alpine skier, but it's downright debauchery for anyone hoping to make serious gains in size and strength."

My question is, how can you continually overload training if it is totally randomized? Put simply, you can't. The idea of overload is to make training harder but keep the same end game in mind. Doing squats on an unstable surface may make sense for an advanced alpine skier, but it's downright debauchery for anyone hoping to make serious gains in size and strength.

Why? Simply, balance is the limiting factor; you cannot produce enough mechanical tension—the primary mechanism to spark hypertrophy—when balance is the primary concern. High amounts of tension are produced by lifting heavy weights.

Be smart with your technique, and put strength training first. Trying to build huge traps with shrugs? It would not make sense to overload your training by taking off your hand straps; the goal is to build the traps, not the grip.

Overload must be approached using sound scientific training and common sense. Sure, you can do dumbbell curls while you lunge, but don't con yourself into believing you are providing any sort of serious overload to your legs. Want real overload? Hit the squat rack.

Let's look at seven ways to continually overload training for continuous gains. While bodybuilders may need more frequent exercise rotation, they often make the mistake of not overloading when cycling between exercises. It's important to bump up the weight that was last used. Keeping a training journal makes that simple.

My advice is to load linearly as long as possible. As plateaus hit, start pulling these tricks out of the bag as you journey from beginner to intermediate to advanced.

This is the most obvious way, by adding weight. Newbie trainees should milk this method for as long as possible. Each session, incrementally lift more.

Some bodybuilders with low IQs and large egos only add weight to a barbell in terms of 45-pound and 25-pound plates. A 25-pound plate on each side is an additional 50 pounds on the barbell; in many core lifts, for an advanced trainee, this would require fighting tooth and nail for years to make this kind of increase. Don't let your pride make judgment calls when it comes to loading the bar. Remember, your gym has 10-pound plates, 5-pound plates and even 2.5-pound plates; plates lighter than 1 pound can be purchased very inexpensively on the Internet. 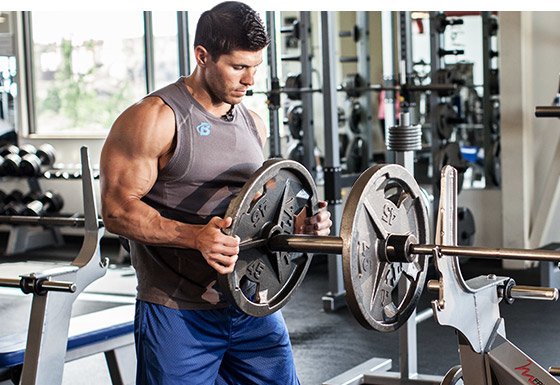 "Ultimately, with proper planning, you can continually get stronger for years using periods of increased loading."

Some Internet strength coaches point out that this pace is impossible to maintain forever, which is undoubtedly true. The late, former Soviet sports mastermind, Yuri Verkhoshansky, offered a solution called "periods of increased loading." This means cycle training.

This was exactly how the greatest powerlifter of all time, Eddy Coan, did it.

Keep in mind that, except for the rank beginner, volume with weight under 65 percent of a one-rep max (i.e. light weight) is not heavy enough to have a real training effect. And don't go by total volume. Squatting 100 pounds for 10 sets of 10 provides a different training effect than squatting 500 for 10 sets of 2 reps, although both are 10,000 pounds of volume.

There are a number of ways to add volume to your routine. Try adding an extra set to your workout. If you benched 4 sets of 5 with 200 pounds last time, you performed 4000 pounds of volume; if you do 5 sets next week, that becomes 5000 pounds of volume. One extra set has a profound effect on total volume; imagine doing that for multiple exercises.

As long as you don't sacrifice intensity in the process, you'll find that higher volume is superior for increasing strength and hypertrophy.

Range of motion can have a huge impact on a movement. Doing a deficit deadlift (a deadlift done while standing on a plate a couple of inches off the ground to increase the range of motion) with 80 percent of a one-rep max is much more difficult than a regular deadlift at the same weight. Similarly, doing deep, Olympic pause squats instead of power squats can add an extra level of difficulty. 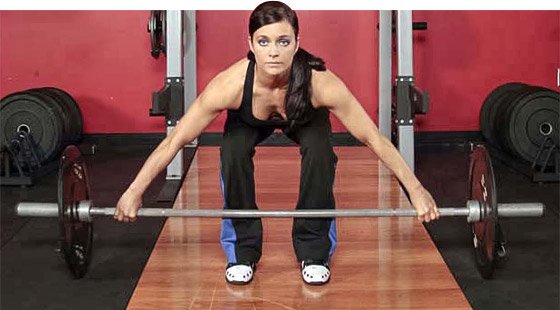 The key is to increase your range of motion gradually over a series of workouts. A popular method used over a half-century ago by immortal strength legends Paul Anderson and Bob Peoples was progressive distance training. These lifters would start with a partial range-of-motion exercise lift like a rack pull (partial deadlift) and eventually work to a full range of motion over the course of weeks and months with the same weight.

One of the fabled Weider Principles is the retro-gravity principle. This essentially says to prolong the negative portion of a rep, which increases muscular tension and prolongs time under tension—two major players in catalyzing hypertrophy.

Lifting weights faster gets you stronger. Remember when your geeky high school physics teacher taught you that Force = Mass × Acceleration? Were you even listening? Well, without adding any weight to the bar, you could produce higher amounts of force simply by lifting the weight faster. Laboratory study after laboratory study confirms superior strength gains when athletes purposefully lift a weight as explosively as possible instead of with a slow or traditional cadence. Don't forget the acceleration component of the force equation. Lifting a weight with greater force overloads training. This method is most effectively used by controlling the negative portion of a lift and exploding the positive. 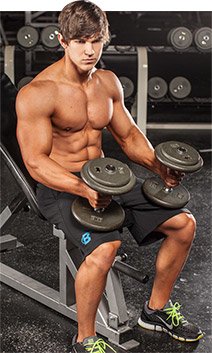 Performing 10,000 pounds of volume in 90 minutes will yield less hypertrophic and strength gains as lifting the same amount in 60 minutes or, better yet, in less than 45 minutes. The key to effective implementation is not sacrificing bar weight. Remember, shortened rest intervals are no excuse for lifting pygmy weights.

For powerlifters, Olympic lifters, and anyone else that competes in specified lifts, the core lifts have to remain at the nucleus of the program. But, for most bodybuilders, doing a core lift—and not a specific lift—is key.

So for legs, squats don't necessarily have to be performed week in and week out. For bodybuilders, variations like Olympic pause squats, safety squats, squats with accommodating resistance, and front squats can be used. 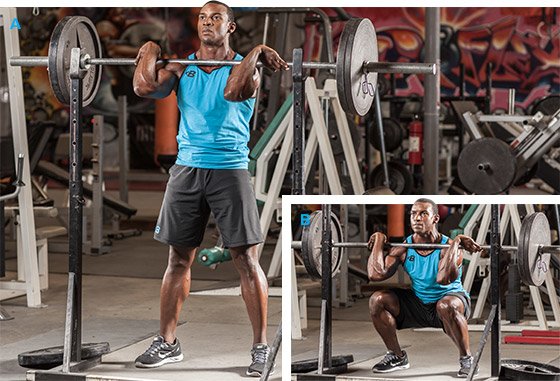 Increasing frequency simply means train more often. Squatting twice a week, for example, overloads your system more than squatting once a week. For the bodybuilder, this might mean training five days per week instead of four, or giving a double split a shot.

For the strength athlete, it could mean performing one particular exercise more frequently. For a strongman, an increase in frequency could come in the form of an extra events practice session, and for the general fitness enthusiast it could mean an extra training day dedicated to focusing on a particular weakness. The possibilities are endless, and the fact remains that training more often is an overload.

Spend an hour with Craig Capurso as he shows you how to get the most out of 60 minutes in the gym. His Super 30 chest workout is one you and your pecs will never forget!