Will Oksana take the crown or will another competitor be crowned champ?

Fitness has been the "Adela Garcia Show" for the last decade. You have to go all the way back to 2007 to find a show where Garcia wasn't in the top two. And, most of the time, she's taken home the crown. Her second-place finish at the 2012 Arnold Europe was the only time she hasn't won in the past five years.

Garcia took home the win at the 2013 Olympia, but that might be the last time we see her on stage. While there's nothing official out, all signs point to her not competing this year.

Adela Garcia has nothing more to prove on stage. She's won the Fitness Olympia title a record eight times and is the all-time winner among the IFBB fitness pros. She showed that you don't have to have a dance or gymnastic background to excel at the highest level. Garcia bounced back after a knee injury that sidelined her for the entire 2008 season and was immediately back in the winner's circle. She's a champion on and off the stage.

Garcia sat out the Fitness International earlier this year and, by the looks of her social media posts, she's not prepping for the Olympia. But no final lists have been released, so we won't know for certain until the competitors hit the stage.

There are 13 women qualified to compete in the 2014 Fitness Olympia. I'm basing my predictions on the assumption that Garcia will not be competing. If she does compete, move everyone else down a notch.

Oksana Grishina dominates the routine round, and she has since the first time she competed on the IFBB stage. Why? She's passionate about what she's doing, and it shows in her performance. She doesn't just go through the motions in her routines. This time around we won't see the pole routine she did at the Arnold—which was pretty amazing— but we're likely in for an equally awesome treat. Based on her social media posts, we could see a combination of routines. Oksana might even bring back parts of the chair routine that she did in 2007, her first year as a pro. Oksana winning the routine rounds is about as sure of a bet as you can make in Vegas. Where she finishes in the physique round will determine if she leaves Vegas the champ or not. Oksana has changed up her physique over the years but tends to be in the 4-7 range in the two-piece round. If she's not overly conditioned, and poses a bit less rigidly, she'll be your Olympia champion. 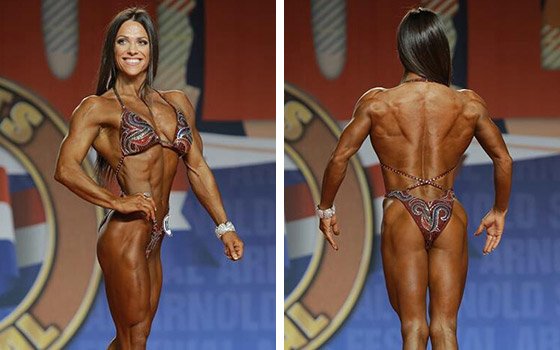 In my opinion, Bethany Cisternino has the best physique in the entire lineup. Her great shape and symmetry should put her in the top spot heading into the routine round. Bethany has continued to improve her routines and she's integrated more strength moves along the way. Watch how she hits her moves and points her toes—it's obvious she's a gymnast at her core. Cisternino is coming off a win at the Tampa Pro, and I look for her and Grishina to be the last two women standing. If she finishes high enough in the routine round, she could be your Fitness Olympia champion. 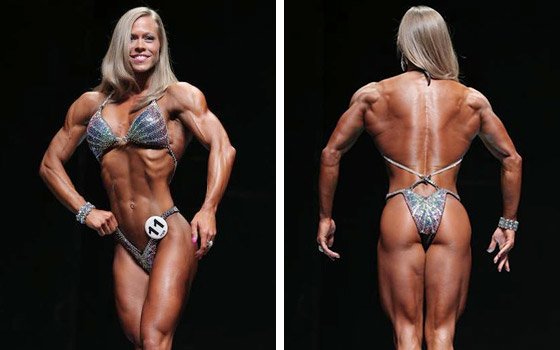 Tanji Johnson, who came in third at this show last year, has become known for her hip-hop routines. The big question with Tanji is always her conditioning and what kind of physique she'll bring to the stage. She switched things up earlier this year and competed in women's physique. It will be interesting to see what she brings to the stage and what routine she performs. She's beaten Cisternino and Grishina before, so a victory isn't out of the question if she brings her A-game. 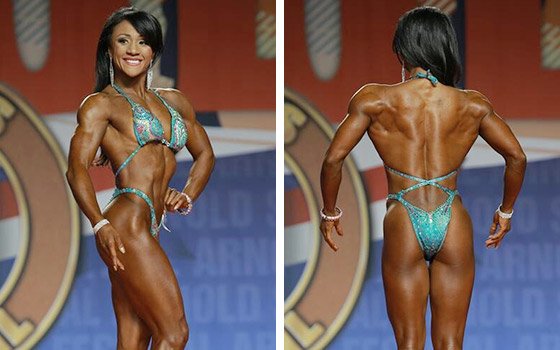 We haven't seen Myriam Capes compete since last year, but look for her to make a run for the top spot. The challenge for Capes is her physique. She's a little powerhouse who has incredible strength moves in her routine, but her physique placings prevent her from finishing higher. She's refined her body over the years and surprised me with what she's done by modifying her training. If Capes—"Mimi" to those who know her well—brings a balanced physique and another powerful routine, she'll be a top finisher. I hope she doesn't do a cutesy routine, and does something more reflective of Mimi's personality, like the matador she performed last year. 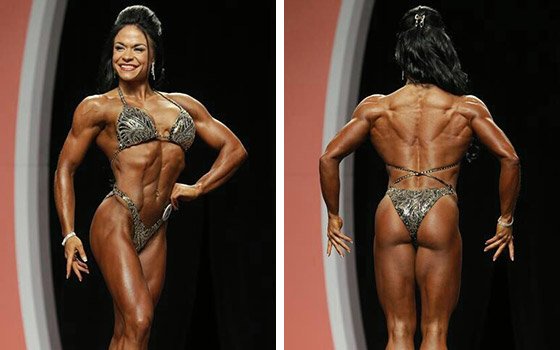 Trish Warren brought one of her best routines to the stage last year and continues to improve in her routine. Last year was her first Olympia back after having her first child, and she's shown no signs of slowing down. At last year's Olympia, she took sixth place, slipping only a few spots from her third place finish in 2010—her highest yet. Look for Warren to bring an improved physique from her earlier shows of 2014 and be in the mix for the top spots. 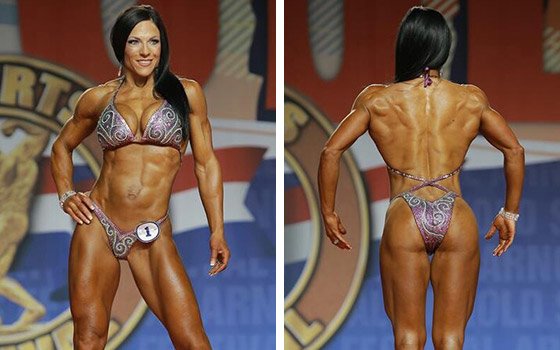 You can always count on Regiane Da Silva's routine to be full of energy—she's the only one in this show who could make Usain Bolt look slow. Da Silva flies all over the place and goes hard from start to finish. Sometimes it works against her because she squeezes more moves into her routine than you can keep track of. If she's a bit more controlled with her routine, and her physique placing falls in the middle of the group, she'll be in the hunt for the top five. If not, she'll fall short of a top finish. 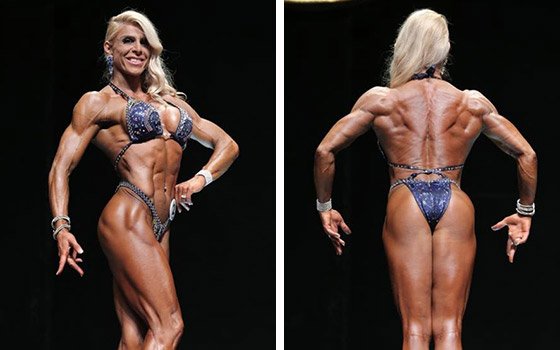 Whitney Jones will be back for her second Olympia; she placed ninth last year. If she brings a bit better flow to her routines, she could be in the mix for the top six. She has some powerful moves and is capable of doing well. 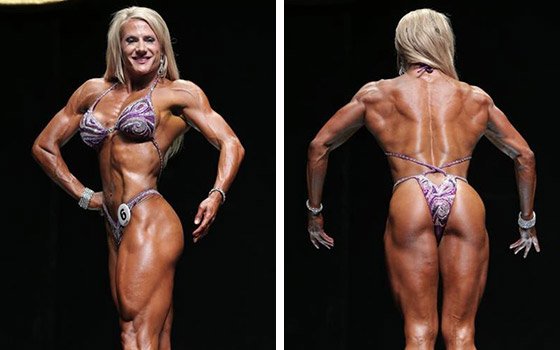 Marta Aguiar is coming off her first win, the 2014 Toronto Pro show, and has a routine that will impress even the toughest critics. She could surprise everyone in her first Olympia appearance. It will all come down to where she finishes in the physique round. If she brings in a tight lower half, she could sneak into the top six in her Olympia debut. 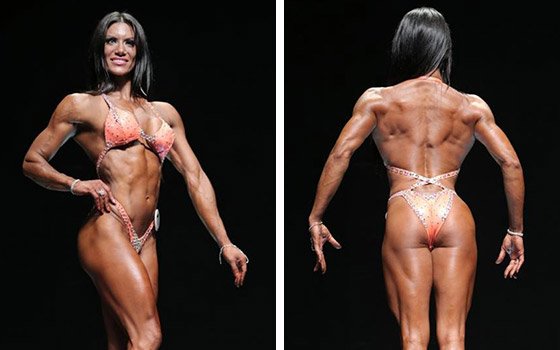 Fiona Harris brought a much different physique to Chicago, and it earned her the top spot in the 2014 IFBB Wings of Strength Chicago Pro. The look she had in Chicago was more muscular and conditioned than we've seen from her before. She will face some tougher competition here, and if she brings a similar look to the stage it will be interesting to see where she finishes. In the past, the choreography of her routines didn't resonate with the judges, so we'll see what she brings this year. 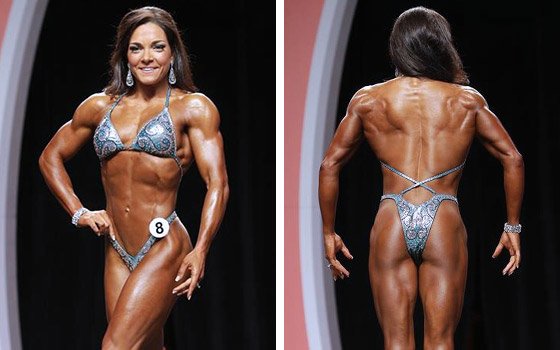 This will be Amanda Hatfield's first Olympia, and she'll likely be happy to be competing on the big stage. She'll have her work cut out for her to crack the top ten. Amanda has enhanced her stage presence and her routines have improved since turning pro at the 2012 Jr. Nationals. 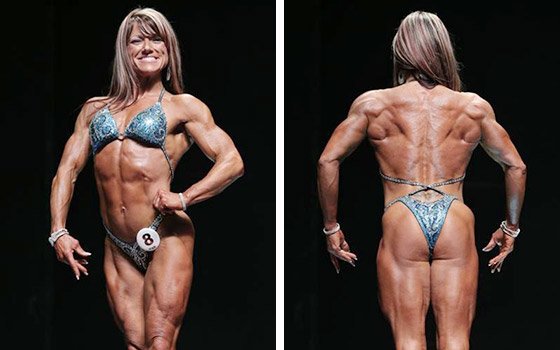 Somkina Liudmila won't be in the top spots in the two-piece round, but she'll gain some ground with her routine. This will be her first Olympia, and she'll have a chance to showcase her skills in the biggest fitness competition. 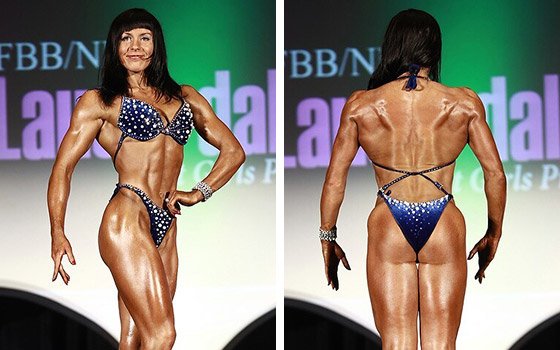 Danielle Ruban is my dark horse to shake things up with the top six. She sat out the 2013 season, but came back this year and has steadily improved from show to show. She is coming off back-to-back second place finishes and has the potential to sneak into the top six if she brings a conditioned physique and performs a clean routine.