2014 Fitness International Preview: Who Will Claim The Crown?

Fourteen women are poised to battle for the 2014 Fitness International. Tanji Johnson will defend her crown against a tough lineup. Check out our preview and predictions!

The 2014 Fitness International will showcase some of the brightest talent in the IFBB. The usual fitness suspects are back and, while the lineup isn't extremely different from last year, the results will likely play out differently.

Tanji Johnson is back defend her title, but she won't have an easy road to another victory. Oksana Grishina, the constant crowd favorite, had to settle for second last year. Bethany Cisternino rounded out the top three in 2013 and is a contender once again. High-flying Canadian Myriam Capes withdrew from the competition due to an injury earlier this month, further opening the field.

Let's take a look at the entire lineup before tumbling into my predictions for top six. Here are the athletes you'll see in Columbus, OH on February 28.

Michelle took top honors at the 2013 Tampa Pro Fitness. The win was the first of her career since achieving pro status at the 2010 NPC Jr. Nationals. She's been a fairly consistent competitor throughout her fitness career. She made the switch to the women's physique division in 2012 due to an injury, which put her fitness hopes on temporary hold. Michelle bounced back in 2013 and finished in the top 10 in every show she entered. Michelle has great strength moves and is at her best when she doesn't over-complicate her routines. She could be in the first callout for the physique round but it will depend on her conditioning, specifically in her glutes and hamstrings. 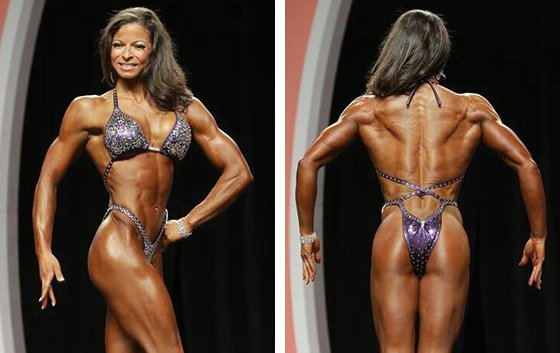 Bethany continues to be a threat for the top spot in every show she enters. She's only finished out of the top 10 once since turning pro at the 2007 Team Universe. This will be her fifth appearance at the Arnold, and she continues to move up. She's been rising, in large part, thanks to her improved routines. She teaches gymnastics in New Jersey, so you can rest assured she knows how to perform with precision. There's no question she has the strength moves and some of the best gymnastic skills in the lineup. Bethany's physique consistently ranks in the top spots, and she's rarely off with her conditioning. 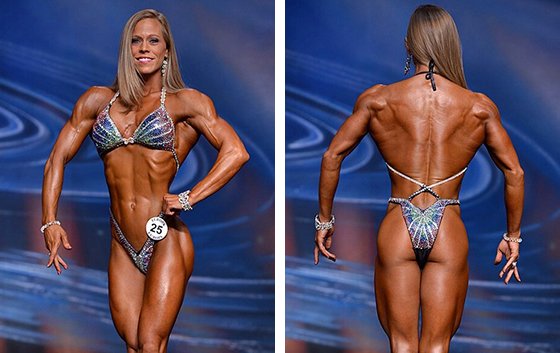 You'll be exhausted trying to follow Regiane's routine. She flies all over the stage and has more energy than the Energizer bunny. She tends to be towards the bottom of the lineup with her physique score, but she's improved over the past two years. She has huge delts and often comes in too lean in her upper body. She scores fairly well in the routine round, which brings her final placing up. Regiane has great flexibility and strength, as you will see in her routines. For her, the key is to be a bit more controlled in her movements. 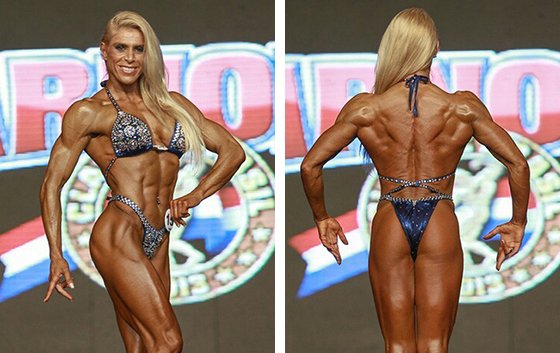 Allison won on this stage back in 2008, but it was in the Arnold Amateur Fitness. She went on to win her pro card at the 2009 North American Championships, one of a handful of events where Canadians have an opportunity for a pro card. Since turning pro, she has improved the flow of her routine and made changes to her physique. She still tends to struggle in the bigger shows and will have an uphill battle against this line-up. This will be her fourth time competing at this event. If she can crack the top 10, it'll be still be a solid victory since her highest finish at this contest was 13th in 2011. 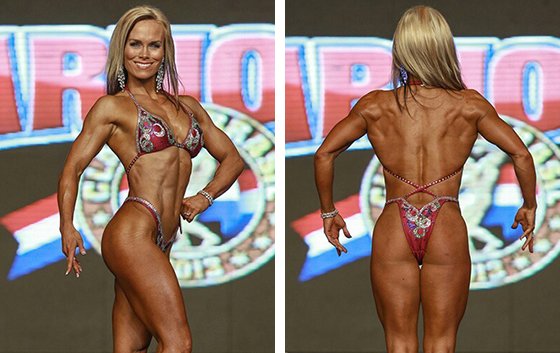 Ryall is coming off her best season as a pro. In 2013, she won back-to-back shows. The first came at the inaugural Arnold Brazil, which was also her first pro win. She followed it up with a win at the Toronto Pro and then slipped out of the top five at the Arnold Europe and the Olympia. She has good structure and, when she's conditioned, she's in the top spots in the physique round. Ryall has also improved her routine. The flow of it was much better in 2013 compared to previous years. She has great strength moves and, if she brings a clean routine to Columbus, she could finish in the top six. 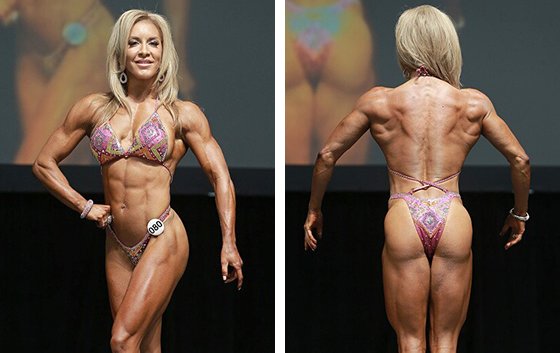 Oksana has been a crowd favorite, and her popularity grows each year. She hasn't always been a favorite with the judges and some of her fellow competitors. Early in her fitness career she was criticized for her routines being too slow. Despite the insanely difficult moves she was performing, the judges felt she didn't have enough energy on stage. I've always found her routines to be nothing short of amazing. She makes the most difficult moves look easy, and that's because of the hours she puts in training for each routine.

She tends to be out of the top 4-5 spots in the physique round because of her presentation, and she often comes in a bit too hard. She's changed her routines to be much faster-paced, and the judges have rewarded her accordingly. She'll roll the dice by using a pole as a prop this year, and she'll either wow the judges and crowd or leave them wondering what they just saw. Oksana is without question a top contender for the win. Her final placing will depend on what type of physique she brings in and how the judges like her use of the prop in her routine. 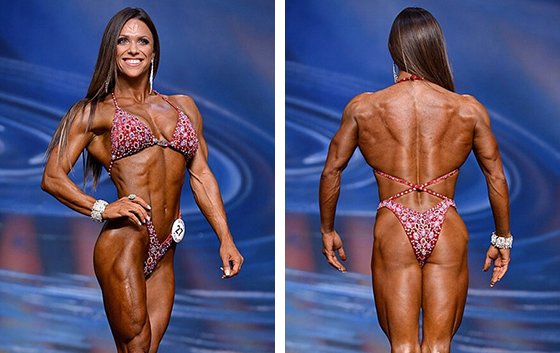 Amanda has steadily improved as a pro and finished the 2013 season with a career-best third-place spot at the Phoenix Pro. She's usually in the 9-11th placings, but if she brings a clean, well-executed routine to the stage, she could crack the top 10 this time around. She has all the tools to perform at a high level; it's just a matter of bringing them all together on stage from start to finish. One of Amanda's biggest struggles is performing her moves fluidly without her facial expressions making them look like a struggle. 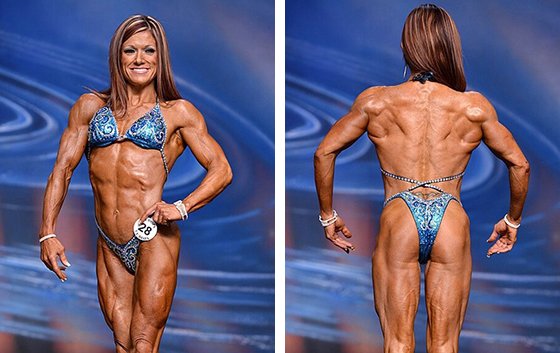 Tanji finally got the win she had been hoping for at last year's Arnold, and it came at a time when she wasn't 100 percent. The fitness pros definitely push their bodies to the limits with the routines, unlike the other divisions. Not surprisingly, almost every fitness pro has some type of nagging injury. Tanji has suffered injuries throughout her career but battled back to stay in the top spots. She's been more consistent with her conditioning, which used to be a major factor.

Which Tanji will show up? When her conditioning is spot on, she's in the top three for the physique round. If she's off, then she's left playing catch-up come time for the routines. Tanji is at her best when she's adding her own flare of dance and strength to her routines. Many people loved her "Stomp" routine, and I personally enjoyed the high-flying Ninja Turtles routine. If she's healthy and not struggling with any injuries, she'll be back in title contention. If she's off, we'll see it right away. 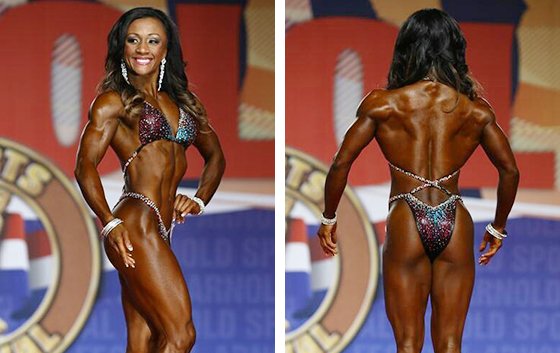 Whitney has never placed out of the top 10 as a pro. Don't bet on her breaking that streak here. She's finished as high as second and her lowest finish was ninth at the 2012 Toronto Pro. She's usually somewhere in the middle of the lineup when it comes to the physique rounds. Her biggest challenge is not being too lean and vascular on her upper body. She also often comes in too smooth in her glutes and hamstrings. Still, Whitney has improved her presentation over the past few shows. She has the skill and the strength to nail a good routine. If she doesn't take too long between strength moves and avoids dancing too much, she'll be in the mix. 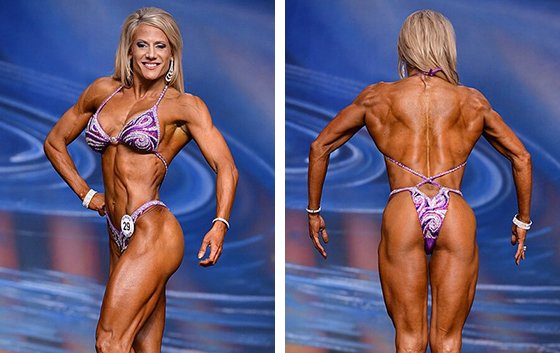 Babette has some high-flying moves, and she tends to perform all over the stage. She has the strength part down. Now it just comes down to putting together a routine that flows from start to finish in a consistent manner. Babette turned pro at the 2012 Team Universe and is on the hunt for her first top-five finish in the big leagues. I don't see her cracking the top 10 in this field, but never say never. 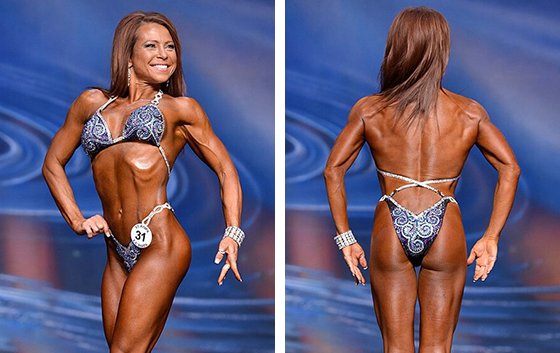 This will be Danielle's second trip to the Fitness International, and she'll look to improve upon her ninth place finish in 2012. She was absent from the stage in 2013 due to nagging shoulder injuries. It will be interesting to see how the time away affects her. She could come back renewed and refreshed, or struggle with her strength. She's always smiling and has a positive energy you can't help but gravitate towards. Danielle has the structure to hold her own in the physique round. When she last competed, she didn't have quite the amount of muscle as the other competitors, but we'll see what she brings this time around. 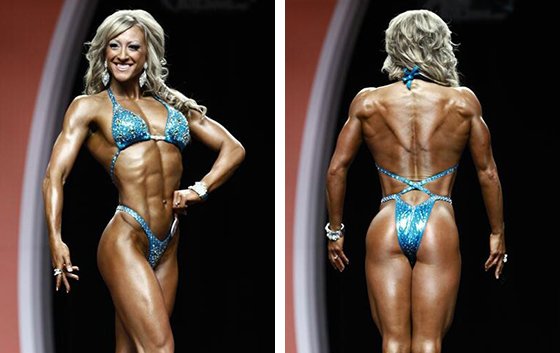 Kizzy is either hot or cold. When she performs a good routine, she's a contender for top six. When her routine is lackluster, she's outside of the top 10. One thing you will certainly see is her insanely flexible physique. It's almost like watching a contortionist perform things you didn't think were humanly possible. She was just outside of the top six at this show last year. Look for her to be in a similar position again this year. She doesn't have quite the flow to her physique as some of the other women in this show, but she can make up ground in the final placings with a good routine. 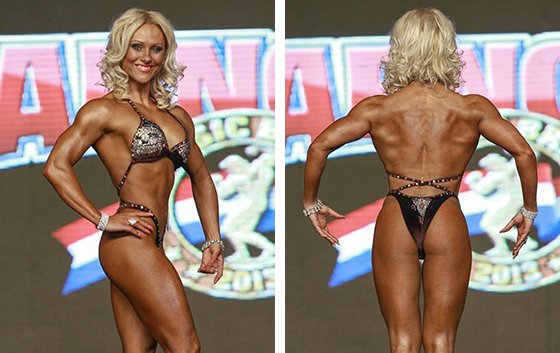 Trish returned to the stage last year and reminded everyone that she was still a contender. She spent 2012 away from the stage after giving birth to her first child. She'll be competing once again on the same stage as her husband, Branch. Imagine the amount of chicken and fish in that household for the last 12 weeks! Trish was fourth at this show last year and finished the year with a pair of sixth place finishes. She's improved her routines and never finished out of the top 10. Look for Trish to be in the mix for the top six once again. 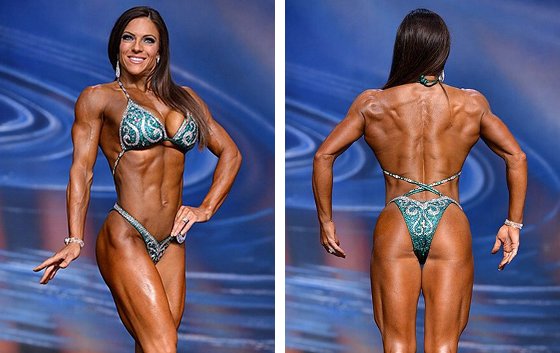 Melinda finished extremely well in the amateur ranks. One look at her competition resume and you'll see she's no stranger to the winner's circle. She won the 2012 Overall Arnold Amateur Fitness title and took top honors in the short fitness division at the 2013 Arnold Amateur. A relative unknown in the states, this Hungarian will look to make her presence known in the IFBB Pro League. Admittedly, I've never seen her compete, but I look forward to seeing what she brings to the stage. If her contest history is an indication of what to expect, we're all in for a treat. 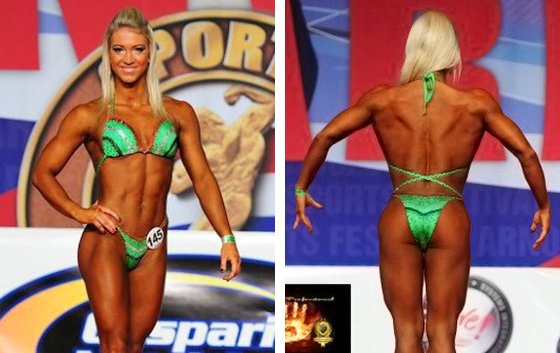 Fitness is especially difficult to predict, but here's my guess at the top six. Let us know your favorite in the comments below!

There are 17 women competing at the 2014 Figure International, but it's one woman's title to lose. Check out the lineup and these top predictions!

2014 Bikini International Preview: Who Will Be Crowned The Champ?

It's anyone's game as 16 women vie for the title at the 2014 Bikini International. See the lineup of beautiful competitors and check out these predictions!

Champions are made during preparation for Figure shows, but they are remembered by the crowns they wear on stage. Candice Keene is Ms. Figure International!